In the United States, an employer is desperately looking for an employee

Salespeople, waiters, teachers, postmen... Job advertisements abound in the United States, as the number of workers has shrunk since the start of the pandemic, between retirements,... 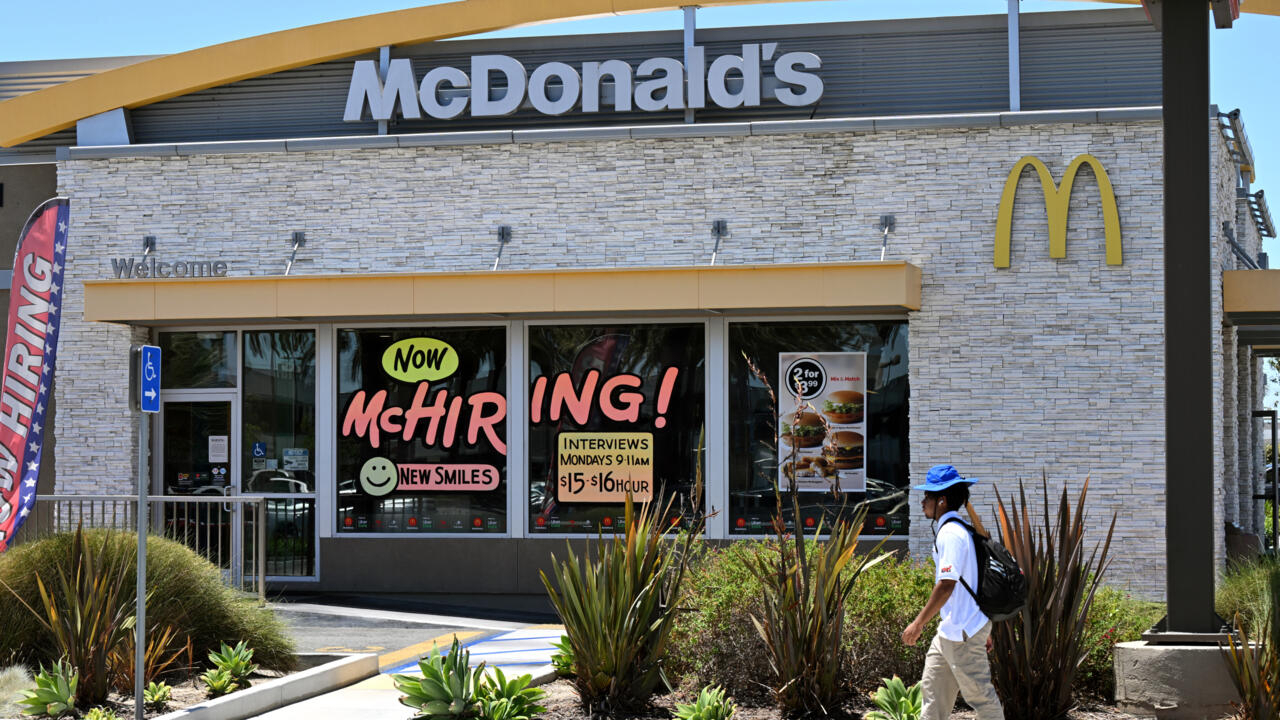 Signs "We are hiring" are displayed on the side of the roads, in front of the restaurants, or even on the buses.

Because if the employers seek to hire more than before the pandemic in the face of the frenzy of consumption of the Americans, they are however struggling to recruit.

More than 10 million jobs were vacant in June, according to the most recent data available, for less than 6 million job seekers.

“We have a lot of jobs, but not enough workers”, and “this shortage affects all sectors”, summarizes the American Chamber of Commerce, which represents American companies, in a press release.

Many people stopped working in the spring of 2020, when the US economy was hit hard by Covid-19.

And didn't come back.

"We would have 3.4 million more people on the labor market" if the participation rate, from 62.1% in July, was still 63.4%, as before the pandemic, calculated the employers' organization .

But where have they all gone?

For many, retirement: "The American population is aging", told AFP Nick Bunker, specialist in the American labor market and head of economic research for the job site Indeed.

The very many "baby boomers" had already started to leave the labor market before the Covid, but there was an "acceleration in departures" at the start of the Covid-19 crisis, adds Diane Swonk, chief economist for KPMG , also to AFP.

Millions of people had taken early retirement, fearing for their health, and taking advantage of the jump in stock and real estate prices to sell and profit from their savings.

And in the short term, "we are unlikely" to regain the mass of workers before the pandemic "because of the aging of the population", warns Nick Bunker.

Especially since "we do not have immigration at a sufficient rate to replace the baby boomers who leave the labor market", notes Diane Swonk.

Indeed, the restrictions imposed by the administration of Donald Trump had almost halved immigration between 2016 and 2019. Then the Covid further reduced the arrivals of foreigners, who in 2021 represented only around a quarter of those of 2016.

"It's picked up a little bit, but still not at the levels we had a few years ago," says Nick Bunker.

The American Chamber of Commerce also points the finger at "early retirements and the drop in immigration".

But also the generous government aid in the face of the pandemic, considering that it “has inflated the finances of certain previously employed workers, who no longer need to work”.

Women too had largely stopped working in 2020, due to schools remaining closed sometimes for a year and a half.

And have not all resumed, faced, now, with the lack of staff in nurseries linked, precisely, to the shortage of manpower.

Diane Swonk also highlights "the effects of the pandemic itself", people who have contracted the virus.

Or suffer from long Covid, “one of the most underestimated and misunderstood issues keeping people out of the workforce.”

This adds to the shortage of workers, "but also complicates the search for employment", adds the economist.

To deal with this lack of workers, we must, on the one hand, bring people back to the labor market.

The shortage should continue, but settle down a little, because the fight against high inflation means slowing down the economy, and therefore employment.

In the meantime, employees are taking advantage of it.

For nearly a year, millions have changed employers each month, competing with each other by offering higher wages and better working conditions.

This "Great Resignation" has increased the average hourly wage, which in the private sector is now 32.27 dollars, +5.2% over one year.

This contributes to fueling inflation.

The job market returned to good health in July.

The 22 million jobs destroyed by Covid-19 have been recreated, and the unemployment rate has fallen to 3.5%.