Reports of the bombing of Europe's largest nuclear power plant, which Russia controls in Ukraine, have raised fears of a nuclear catastrophe, but experts remain confident that the risk of a Chernobyl-like disaster is low. The plant, located in Zaporizhia, Ukraine, which is under the control of the Russian Federation, was exposed 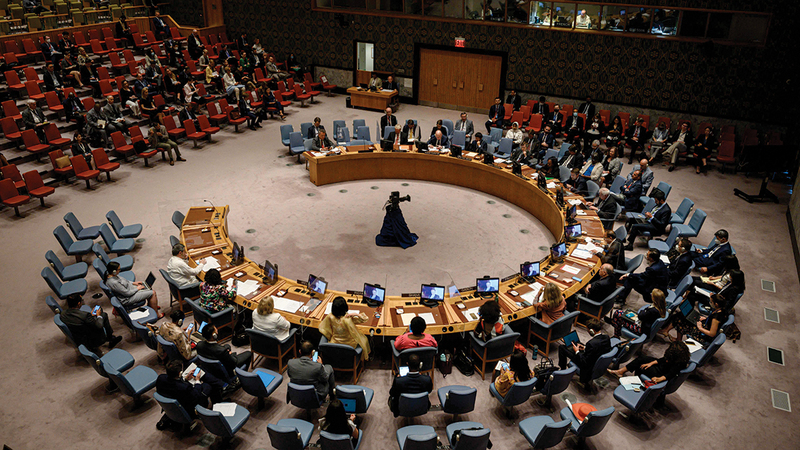 Only the nearby area will be affected

Reports of the bombing of Europe's largest nuclear power plant, which Russia controls in Ukraine, have raised fears of a nuclear catastrophe, but experts remain confident that the risk of a Chernobyl-like disaster is low.

The factory in Zaporizhia, Ukraine, which has been under the control of Russian forces since March, was bombed last week.

Ukraine and Russia have traded accusations over the strikes, with Ukraine saying a Russian attack destroyed three radiological detectors and caused a factory employee to be hospitalized with shrapnel.

While the director of the International Atomic Energy Agency, Rafael Mariano Grossi, urged the two parties to "exercise the utmost restraint."

Meanwhile, Ukrainian President Volodymyr Zelensky urged Western countries to immediately impose new sanctions on Russia, echoing earlier warnings of a catastrophe on a large scale such as Chernobyl in April 1986.

"The world should not forget Chernobyl, and remember that the Zaporizhia (nuclear power plant) is the largest in Europe," Zelensky said. .

But experts say the situation in Zaporizhia, where, according to Ukraine, 500 Russian soldiers and 50 pieces of heavy equipment, including tanks, are stationed;

It does not warrant warnings of a catastrophe at the level of Europe.

The president of the European Nuclear Association, Leon Sezel, said the bombing risks are limited, as the reactors are protected by up to 10 meters of concrete.

He explained that only a barrage of targeted aerial bombardment of the plant is likely to penetrate the reactor walls.

He added that the attack on the spent fuel storage sites would have a limited effect, because any radioactive material released would only travel 10-20 kilometers away.

James Acton, co-director of the Nuclear Policy Program at the Carnegie Endowment for International Peace, agreed that bombing was not the real danger, pointing to weak plant cooling systems instead.

"The correct analogy here is Fukushima, not Chernobyl," he said.

The Zaporizhia station also uses a spray pond for cooling, which means spraying water into the outside air to reduce its temperature.

"Some of the station's facilities are, in fact, relatively vulnerable because they have to be in contact with the outside world," Acton said, making them potential targets for attack.

Acton and Grossi agree that even in a worst-case scenario - if the cooling systems fail, causing the reactor to collapse - it will only cause massive damage at the local level, affecting a radius of about 60 kilometres.

“It would be a tragedy for the local population,” Acton said, even if it did not cause immediate casualties, but “for us in Europe, it would be a very insignificant event, in terms of the consequences for health or anything else on the environment.”

Why should Russia and Ukraine accuse each other of the bombings and stress the dangers of catastrophe?

For Russia, this is a way to "raise the stakes to raise (domestic) concerns, and to highlight the importance of continuing the military operation," says John Erath, senior policy director at the Center for Arms Control and Non-Proliferation.

The strategy could be "playing on Western fears of a nuclear catastrophe and undermining Western will to provide additional military support to Ukraine," according to an analysis from the Institute for the Study of War published last week.

As for Ukraine, the goal is to build "popular sympathy" around the captured factory, according to Irath.

• Bombardment risks are limited, as the reactors are protected by up to 10 meters of concrete;

Only a barrage of targeted aerial bombardment of the plant is likely to penetrate the reactor walls.

• 60 kilometers is the diameter of the circle that will be affected by radiation in the event of a disaster.

• 5.7 GW is the net electrical capacity of the six Zaporizhia units.

The Zaporizhia power plant, in Ukraine, became the focus of the war, after Kyiv accused Russia of bombing the plant again, damaging its radiation sensors.

The factory, located in the territory under Russian control, was bombed.

Zaporizhia is the four largest nuclear power plants in Ukraine, which together provide about half of the country's electricity.

The International Atomic Energy Agency said Russia's war against Ukraine on February 24 was the first time a war had broken out in a country with such a large and well-established nuclear program.

Each of Zaporizhia's six units has a net electrical capacity of 950 megawatts, or a total of 5.7 gigawatts, according to the International Atomic Energy Agency's database.

- The plant is of strategic importance to Russia, as it is only about 200 km from Crimea, which Russia annexed in 2014. The plant was taken over by Russian forces at the start of the war, but it is still operated by Ukrainian technicians.

- Shells fell on a high-voltage power line at the facility on Friday, prompting its operators to disconnect the reactor, although no radiation leak was detected.