The miraculous Fabio Jakobsen won the stars of the European champion's jersey on Sunday in Munich almost two years after the fall which almost cost him his life in Poland. 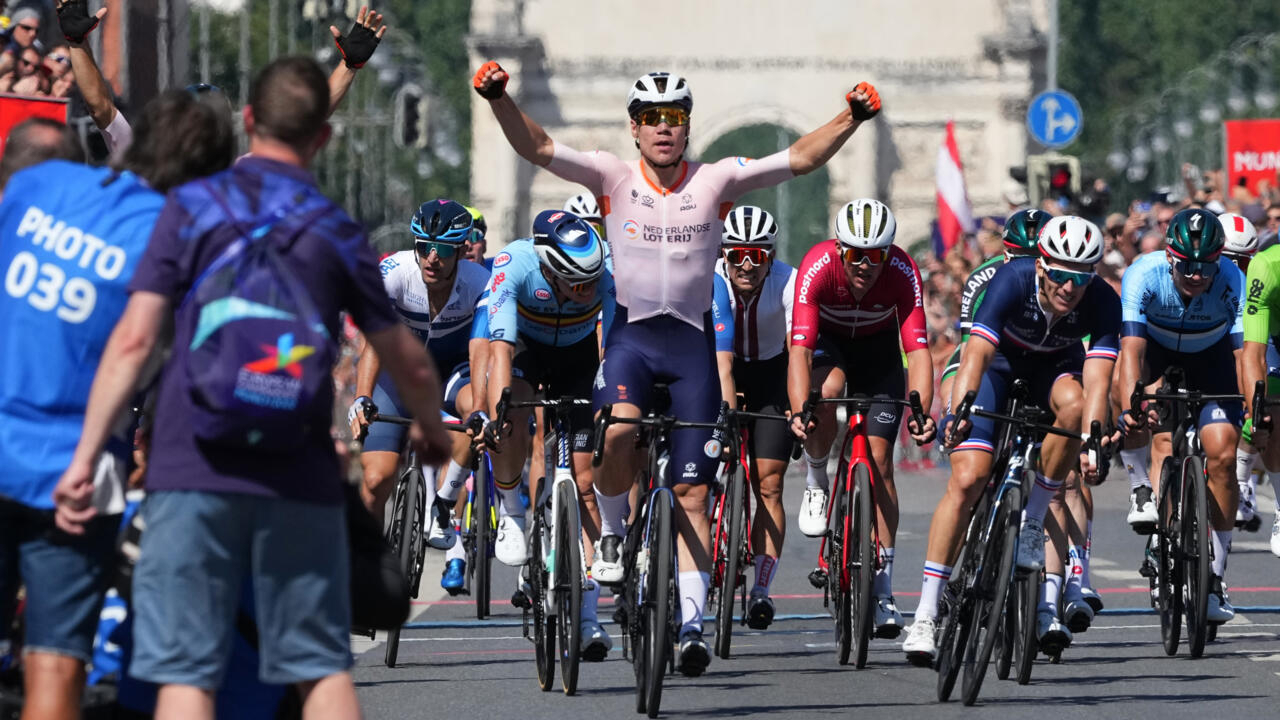 "Two years later, here I am with a stage victory in the Tour de France, a Great Loop completed as far as Paris and now the title of European champion. It's quite special, fully savored the Dutchman. I I'll enjoy it for the rest of my life."

To put on the starry jersey, the soon-to-be 26-year-old sprinter (August 31) had to go up Belgian Tim Merlier, third, and resist the return of Frenchman Arnaud Démare, second, in the expected sprint on Odeonsplatz.

"I was able to take the slipstream behind Tim Merlier, which is a big advantage in a sprint, describes the Quick-Step finisher. It allowed me to pick up speed and I was able to overtake him at 100 meters or 50 meters from the line."

His big smile on Sunday bears the traces of this August 5, 2020 in Katowice.

That day, the champion of the Netherlands, at the time, was packed into the barriers by his compatriot Dylan Groenewegen in full sprint on a false flat downhill.

"My osteopath, Cor (van Wanrooij) didn't give me back my teeth but my rehabilitation owes him a lot," Jakobsen half-joked after his stage victory in the Tour de France.

Seeing him with a bib was already a form of miracle.

But from July 2021, he won a stage of the Tour de Wallonie then investigated during the Tour of Spain in August.

"I was already super happy to be able to win at the Vuelta. When I won once, then another, then the green jersey, there was a click, he delivered on Sunday. When I finished the Vuelta, I said to myself + now I am at the level where I was +. I am happy not to have lost speed or power during the crash in Poland, because the impact was strong.

Of the exploits that Jakobsen has multiplied since that day in 2020 in Katowice where his life changed, this European title without the collective overpowering of his Quick-Step team is perhaps the most significant.

"I could not have won alone, he swept away. I am grateful to my teammates (from the Dutch selection). I will give them a gift to thank them for the work they have done."