A fire that broke out on Sunday in the middle of a religious service in a popular Cairo neighborhood has killed 41 people, killing the largest community... 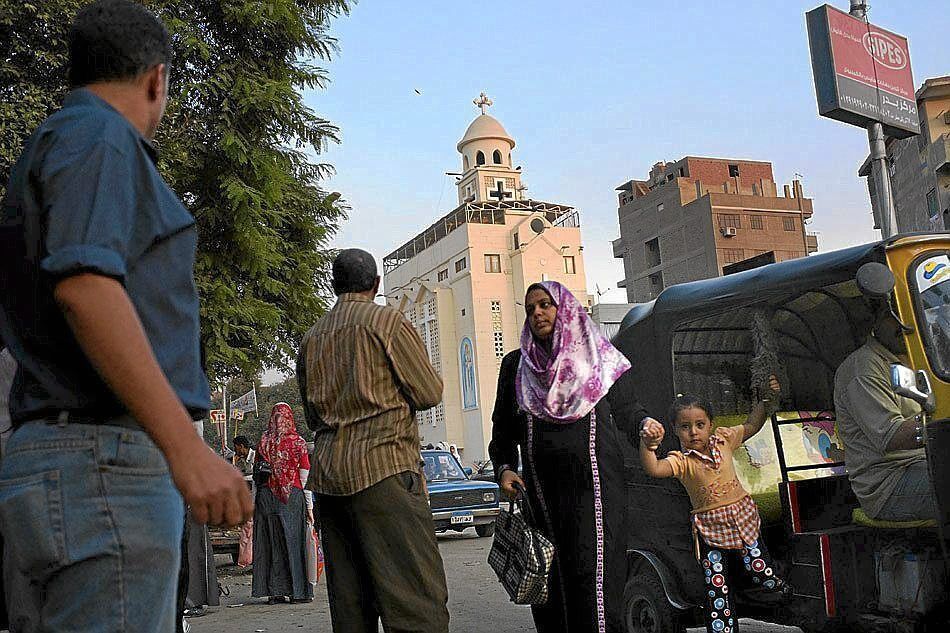 A fire that broke out on Sunday

in the middle of a religious service

in a popular Cairo neighborhood has killed 41 people, killing the largest Christian community in the Middle East, with between 10 and 15 million Egyptians.

The fire, whose origin has not yet been determined, has been controlled, according to the authorities.

The fire broke out at the

, named after the Coptic saint Mercury of Caesarea.

"I have mobilized all state services so that all measures are taken," President Abdel Fattah al-Sissi immediately reacted on his Facebook account.

The prosecution announced that it had opened an investigation and sent a team to the scene to establish the reasons for the fire, while the Ministry of Health said it had sent several dozen ambulances.

Sissi also announced that she had "presented her

, who has been the head of Egypt's Christian community since 2012.

Since then, the Coptic Orthodox Church has become more visible on the political scene, under the leadership of Tawadros II, an outspoken supporter of Mr. Sissi, who is the first Egyptian president to attend the Coptic Christmas mass each year, while that his predecessors sent representatives.

In the sprawling megalopolis of Cairo, where millions of Egyptians live in informal settlements,

accidental fires are not uncommon

In general, Egypt, with its dilapidated and poorly maintained infrastructure, regularly suffers deadly fires in its various provinces.

fire at a textile factory in the eastern suburbs of Cairo

Although they are numerous,

from many civil service positions and deplore the very restrictive legislation for the construction of churches and the much more liberal one for mosques.

The issue is sensitive and

for "spreading false information" over an article exposing Christian rights violations in Egypt.

The Copts have suffered reprisals from Islamists, especially after the overthrow of Islamist President Mohamed Morsi in 2013, with the

burning of churches, schools and homes.

Coptic judge to lead the Constitutional Court for the first time in history.