Afghanistan: state of affairs one year after the Taliban takeover

Afghanistan seems on the verge of collapse. 365 days after the Taliban took power on August 15, 2021, all the lights are red. 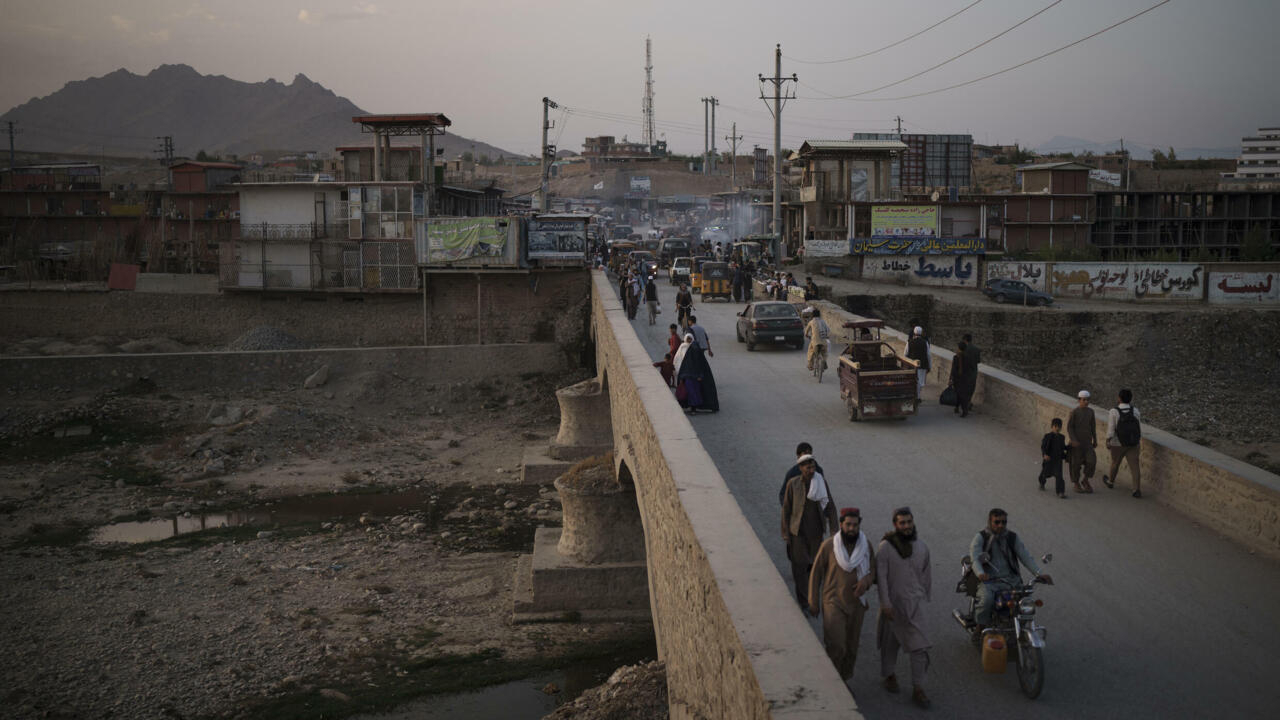 Afghanistan: state of affairs one year after the Taliban takeover

Afghanistan seems on the verge of collapse.

From our correspondent in Kabul,

Every evening, crowds form in front of the bakeries of the Afghan capital.

Dozens of destitute residents are asking for charity.

Beneath their blue burkas, the numerous women beg passers-by to give them some naan (bread), in competition with children and men who hold out their palms to customers.

In Afghanistan, misery has hit hard a country already devastated by 40 years of war.

Fatima is one of those who have seen their lives tipped from poverty to extreme poverty.

In her modest terracotta dwelling, she extracts a bag of split peas from a drawer.

That's all we have,

It has been three months since we have been able to pay our rent, nor the electricity bills or even the water

Under the Islamic Republic of Afghanistan, her husband owned a shop that he had to close for lack of customers.

He is now a traveling salesman and earns around 150 Afghanis a day, or 1.60 euros, which allows the family to buy a few breads every day, often their only meal accompanied by tea.

Food distributions are organized across the country, but they are insufficient.

Humanitarian organizations estimate that 95% of the population does not have enough to eat.

In the country's IDP camps, where the population is among the most vulnerable,

many children suffer from malnutrition

In the Shahrak-e-sabz informal settlement for internally displaced people in Herat in the west of the country, Mahamat Yatim, the community representative, is worried.

Because there is not enough to eat, the children are getting weaker and weaker.

,” he said, pointing to the emaciated arm of a little girl with a swollen belly and sunken cheeks.

She is 7 years old and her sister next door is 5 years old, yet she looks smaller than her.

It is because she is malnourished

I hurt all over

," murmurs the granddaughter who, exhausted, spends her days sitting on the steps of their adobe shelter.

According to the UN, more than 1 million Afghan children under the age of five are at risk of malnutrition.

Therapeutic nutrition units are always full across the country.

Sarah Vuylsteke, project coordinator at Doctors Without Borders in Herat, sees an increase in the number of malnourished children over the past 12 months, but she is also concerned about malnutrition among pregnant and breastfeeding women, a growing phenomenon that has direct repercussions on the health of infants.

The health system under threat

While needs are increasing, the health system, weakened by 40 years of war, is under pressure.

With the international sanctions that have weighed on the country since the Taliban took power, the health system, which depends almost entirely on international donors,

suffers from a lack of resources

Many medical workers have resigned or left the country, reducing the overall medical staff trying to respond to emergencies.

The Afghan-Japan hospital in Kabul is the very illustration of the limits of the sectors under infusion of international aid.

This hospital, unique in the country, specializes in Covid-19.

Since mid-July, it has received no funding.

Health personnel have not been paid, but doctors continue to work.

We will continue volunteering until we can no longer do it

,” explains the head of the hospital, who hopes that the World Health Organization (WHO) will renew the aid contract which has expired.

In the country's public hospitals, medical teams fear the suspension of international funding.

At the hospital with twenty beds in Bagram in the province of Parwan north of Kabul, the staff are working with a lump in their stomachs, explains Abdul Nasser Sarwari, the director of the establishment which receives 500 patients every day from the surrounding villages.

We were told that the current funding contract would only last for two months,”

If funding is suspended, the country's health system will collapse

The uncertainty of the future also weighs on the economy, which has been damaged by the change of regime and the international sanctions.

Since the Taliban took power a year ago,

the local economy has collapsed

, the country is plunged into a serious financial crisis.

The Afghan state budget was 75% dependent on international aid, but this was suspended when religious fundamentalists came to power.

70% of Afghan households are unable to meet their basic needs.

The banks, they lack liquidity and have been forced for a year to impose weekly withdrawal limits.

The Afghan Central Bank is deprived of its international reserves, its 7 billion dollars of assets having been frozen in the United States.

Thousands of companies have collapsed, those who survived are struggling, victims of international sanctions that weigh on their country led by a Taliban government whose legitimacy has not been recognized by any country to date.

We manufacture products that are then exported via DHL to the United States where they are sold on Amazon.

But DHL is now closed,

We have between $70 and $80,000 of products that are currently stored in our warehouses.

If the economy has collapsed, many business leaders are happy with the reduction in corruption.

2,200 euros) in bribes to Afghan customs for the passage of a truck of goods across the Iranian border

For the past year, I have been paying taxes according to the products and everything is legal

Same observation of freight carriers, in Torkham, the border with Pakistan, where the columns of freight trucks have never been so long and the traffic fluid.

Afghan women, the damned of the regime

For women, August 15 marks a dark day, as feminist protesters wrote on their signs as

they marched on Saturday August 13

in front of the Ministry of Education in Kabul.

The religious fundamentalists have established, since they took power, a rigorous version of the Islamic sharia.

Women are banned from politics and most jobs.

Colleges and high schools are closed to teenage girls and despite the Taliban regime's promises to reopen secondary schools, nothing has changed.

Wearing the full veil is compulsory according to a decree published last May.

In the space of a few months, the lives of Afghan women

, losing most of their rights, including the right to demonstrate.

According to the UN, current restrictions on women's employment result in an immediate economic loss of up to $1 billion, or up to 5% of Afghanistan's GDP.

Dozens of women continue to mobilize to defend their freedoms.

They resist despite the risks.

Some ended up giving in to fear, terrified after being hunted down and threatened.

I worked for 17 years in the media as a journalist and presenter,

But they ended up silencing me

A mother of three children, she ended up taking refuge in a neighboring country, hoping to obtain asylum in Europe.

to listen: One year after the return of the Taliban, where is Afghanistan?