“We started to look more closely at spending”: how the rhetoric around aid to Ukraine is changing in the West

Regular financial and military assistance to Ukraine from Western countries will lead the situation into a "long and painful impasse", in connection with which the Western states need a new strategy. This is stated in the material The National Interest. In addition, the publication warned that against the backdrop of their own problems, the Western community may soon doubt the need for such investments. Earlier in Europe, the topic of fatigue from the Ukrainian issue was raised more than once. Experts believe that the protracted conflict is less and less in the interests of Kyiv's European partners, as it begins to threaten their own well-being. 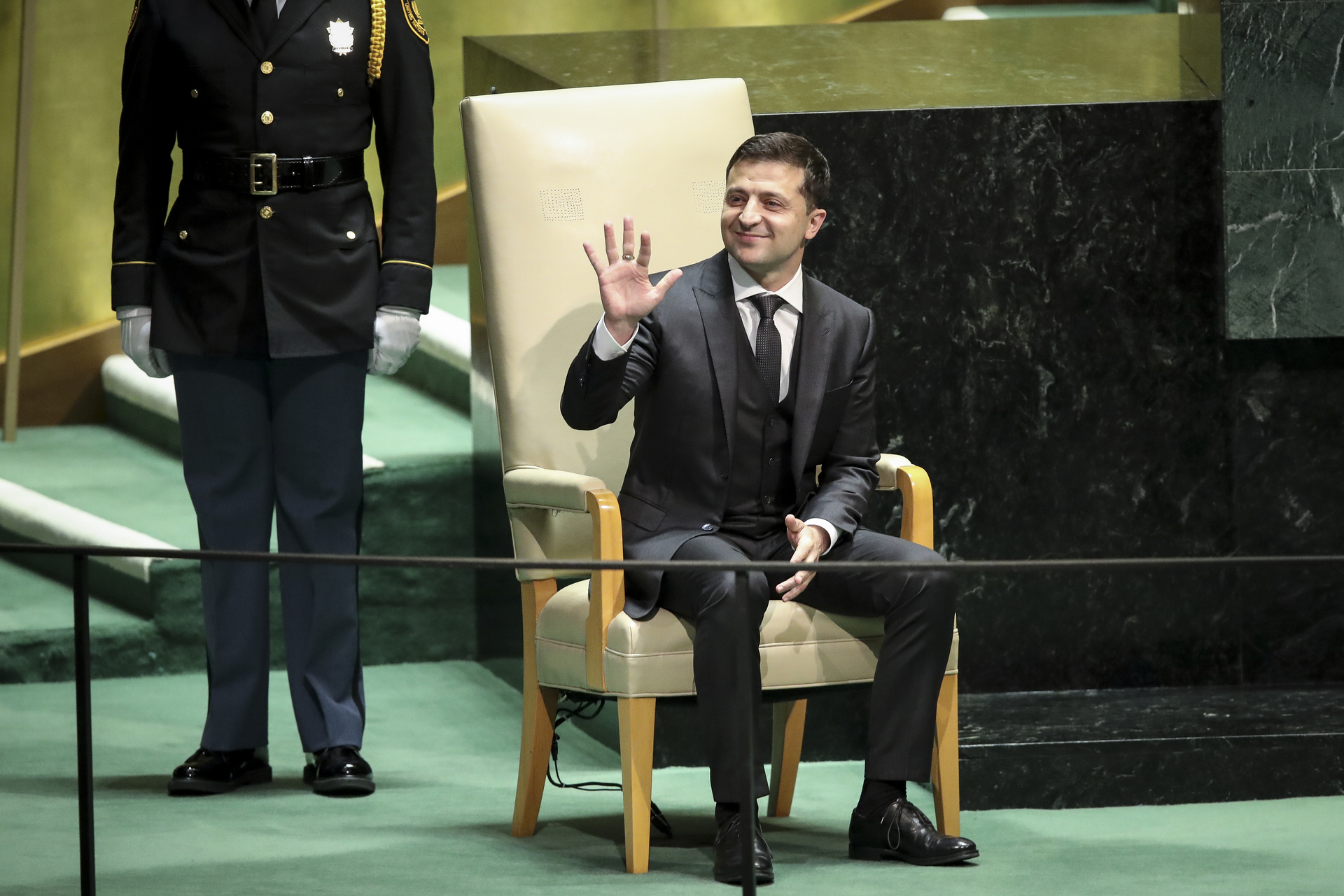 Comprehensive assistance to Ukraine could drain the resources of Western countries, according to the material of the American political magazine The National Interest.

“If the current trajectory continues, the billions of dollars allocated by NATO allies to Ukraine for weapons, ammunition and infrastructure, and even more armor, missiles, projectiles and troops available to Russia, are likely to lead to a protracted, excruciating stalemate, conflict to attrition,” writes columnist Gerald Hyman.

According to him, the further escalation of the conflict will affect not only the Ukrainians, but also their allies.

“More and more citizens and political representatives will begin to question these investments,” he said.

The reason for this is the aggravation of internal problems, the journalist explained.

Ukraine's partners are heading into recession, facing high inflation, social demands from their own citizens, and crises in other parts of the world.

Against such a background, Kyiv's insistent demands to supply it with weapons and finances lose any heroic halo, Hyman emphasized.

“In this context, Zelensky, and with him Ukraine, faces a serious risk that over the next few months - not just a few years - his heroic position will weaken in the eyes of the allies.

His tenacity is likely to be increasingly perceived as irrepressible, as moral complacency, as reproaches, demands, tediousness, and even as greed and insatiability, ”stated Hyman.

In this regard, the observer believes that the West needs to develop a new strategy in order to avoid a protracted and exhausting confrontation with all the ensuing costs.

Meanwhile, in Ukraine, once again complained about the lack of funds in the country's budget.

In particular, the head of the Ministry of Finance of Ukraine, Serhiy Marchenko, told The Wall Street Journal (WSJ) on August 12 that it is increasingly difficult for Kyiv to find funds for payments to the military.

“Day and night it is the subject of a constant headache,” he said.

In this situation, the Central Bank of Ukraine has to constantly print money, which leads to inflation and a weakening of the hryvnia.

In turn, Zelensky's office expressed disappointment that the financial assistance promised by the European Union is being delayed due to internal disagreements in the commonwealth.

“The only thing they feel in the EU is high prices,” Rostyslav Shurma, deputy head of the office of the President of Ukraine, told the WSJ.

As the conflict in Ukraine drags on, more and more Western politicians are expressing concern about the possible public fatigue from it.

Thus, Estonian Prime Minister Kaja Kallas, in an interview with Politico in early July, noted that against the backdrop of inflation and the energy crisis, “fatigue is setting in everywhere.”

“There is high inflation and an energy crisis.

The coronavirus is not going anywhere.

So the situation is getting more and more complicated,” Kallas said.

The failure of the Western strategy in the Ukrainian conflict was pointed out by Hungarian Prime Minister Viktor Orban.

According to him, the West failed to weaken Russia, help Ukraine win the military confrontation, and also get the support of the whole world.

“We are sitting in a car with all four tires punctured.

A new strategy is needed, which should be focused on negotiating peace and preparing an acceptable peace agreement, and not on winning on the battlefield, ”Reuters quoted him as saying at a press conference in Romania on July 23.

Finnish President Sauli Niinistö also acknowledged the negative impact of the Ukrainian crisis on the state of affairs in Europe.

In an interview with Maaseudun Tulevaisuus on August 7, he noted that the unity of European countries could be jeopardized due to the energy crisis, which could lead to the expansion of the conflict in Ukraine.

“We in Finland have long been accustomed to living with the idea that next year everything will be better.

Such a turning point, when it will not be the same as before, and the challenges only grow, is very difficult.

This can also affect the unity of Europe, ”RIA Novosti quoted the politician as saying.

In addition, Europe and the United States began to notice gaps in their arsenals after large-scale arms deliveries to Kyiv.

So, the head of the defense staff of the British Armed Forces, Tony Radakin, at a hearing in the House of Lords on June 22, said that it could take more than one year to replenish stocks.

Germany is also reluctant to continue allocating weapons to Ukraine from its arsenals.

As German Defense Minister Christine Lambrecht noted on July 19, Berlin can no longer send large quantities of weapons from the Bundeswehr stocks.

In addition, dissatisfaction with the President of Ukraine is growing in the West.

It has been criticized for inefficiency, corruption, intrusiveness, and controversial decisions.

In particular, the recent photo session of Zelensky and his wife for the glossy Vogue magazine caused a great resonance.

The backdrop for her was the president's office and the Antonov airport in Gostomel, where Elena Zelenskaya posed with the soldiers of the Armed Forces of Ukraine.

The photo shoot caused indignation not only of ordinary users on social networks, but also of a number of American congressmen.

“While we are sending $60 billion in aid to Ukraine, Zelenskiy is being photographed for Vogue magazine.

These people think that we are just a bunch of suckers, ”said Lauren Bobert, a member of the US House of Representatives, on Twitter on July 27.

Reality: The Zelensky family honored us with their photo shoot on the cover of Vogue magazine.

According to Alexei Martynov, director of the International Institute of Recent States, the tactics initially chosen by the West to fully provide Ukraine with everything necessary was not designed for the long term.

The bet was that Russia would quickly give up its positions under the yoke of sanctions and the victory in the conflict would be for the United States and Europe, he said in an interview with RT.

In this regard, generous financial tranches were initiated, as well as abundant arms supplies, the expert added.

“However, today it is no longer possible to count on a quick resolution of the conflict, which is why the West has begun to look more closely at its spending.

There was a division into the United States, which, despite all the allocations to Kyiv, did not suffer big losses from the situation, and Europe, whose resources really began to deplete, especially against the backdrop of the coming energy crisis, ”explained Martynov.

In his opinion, it is becoming increasingly clear that the Ukrainian crisis is in the interests of the United States exclusively.

With its help, they kill two birds with one stone - they exhaust Russia and “degrease” Europe, the expert believes.

“The current Ukrainian regime is like a black hole: no matter how much you throw it away, everything will disappear.

Whether it be money, weapons, materiel.

And Europe is beginning to understand this.

In addition, the Zelensky clique is more and more like a group of extortionists who are no longer only verbally scaring their neighbors with the consequences of their defeat, but are also taking active steps - they are shelling the Zaporozhye nuclear power plant, ”the analyst said.

Sergey Margulis, senior lecturer at the Department of International Politics and Foreign Regional Studies, Institute of Social Sciences, RANEPA, agrees with his opinion.

In a conversation with RT, he stressed that Europeans today are faced with the consequences of the frantic policies of their governments, which decided to follow the US course at all costs.

“And now the consequences of this course are felt by the inhabitants of Europe in full measure: high energy prices, wild inflation, unemployment.

And most importantly - no result from their so ardently rendered assistance to Ukraine.

It all makes you think.

After all, it is one thing to provide support voluntarily and when there are funds, and another to support an entire country without the prospect of removing it from dependence, ”he explained.

However, the rhetoric of Western politicians is unlikely to change radically in the near future, Alexei Martynov believes.

The whole point is the isolation of the European authorities from their own citizens, the political scientist noted.

“Statements are made by politicians who have been promoted to office by the United States.

They serve the interests of Washington.

Politicians with other views are not allowed to speak, and if they do, they are quickly rebuffed.

However, the difficult economic situation in which their countries find themselves due to their own sanctions encourages them to continue to make loud statements in support of Ukraine in order to shift the attention of the population from internal problems to external ones,” he said.

However, this tactic is failing because the people no longer believe in everything they are told, the analyst added.

“However, due to the strong American influence and partial loss of sovereignty, the EU today has become a hostage to a situation that it will not be able to get out of without losses.

And these losses are directly converted into a political crisis, which can lead, among other things, to a strong modification of the European Union,” Martynov summed up.