Under the Istanbul Agreement, two new ships loaded with grain leave the ports of Ukraine for Turkey

The Turkish Defense Ministry said that two more ships loaded with grain left Ukraine's ports on the Black Sea on Saturday, bringing the total number of ships that left the country under the grain agreement to 16. 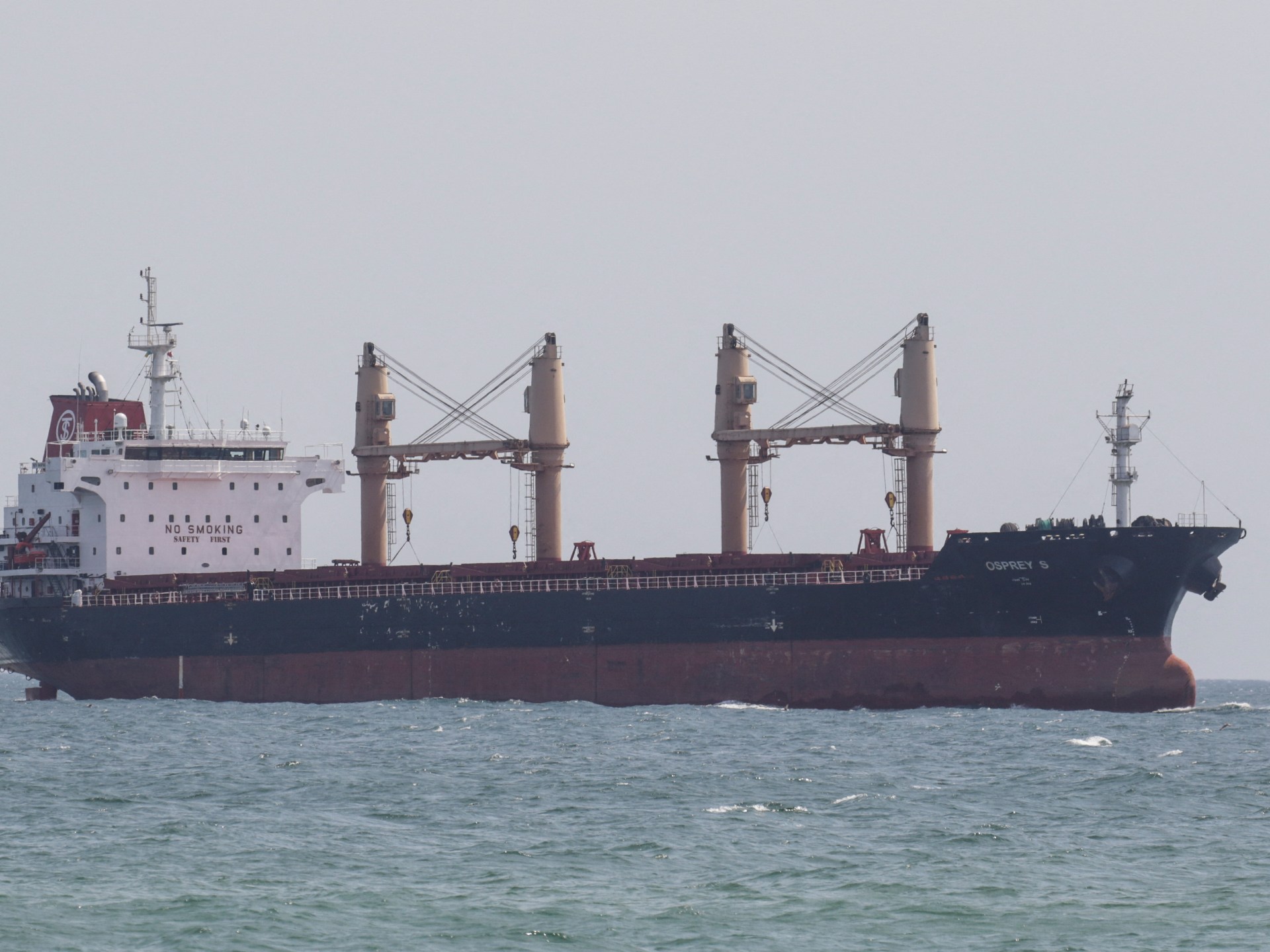 Turkey's Defense Ministry said two more ships laden with grain left Ukraine's Black Sea ports on Saturday, bringing the total number of ships that left the country under the grain deal brokered by Turkey and the United Nations to 16.

The ministry announced - in a statement - that the two ships were loaded with corn and sunflower seeds, and were heading to Turkish ports.

She explained that the ship "Volmar S", which carries the flag of Barbados, set off from the Ukrainian port of Chernomorsk, and heads to the city of Iskenderun in southern Turkey, carrying 12,000 tons of corn.

As for the second ship, it is "Thoe", which carries the flag of the Marshall Islands, and it set off from the same port and carries 3,000 tons of sunflower seeds, to the state of Tekirdag in northwestern Turkey, and the ministry stated that another ship will head today from Turkey to Ukraine to ship grains.

Meanwhile, a ship loaded with 13,000 tons of Ukrainian grain arrived at the Italian port of Ravenna, where the cargo was unloaded.

The local authorities in Odessa also announced that two cargo ships had arrived Friday at Ukrainian ports, in preparation for the shipment of new quantities of grain.

The authorities indicated that the ships "Brave Commander" and "Petrel S", carrying the flags of Lebanon and Liberia, had entered the ports, and shipping procedures were being arranged.

The authorities confirmed that the "Brave Commander" ship is the first ship that will carry 23,000 tons of grain towards Africa, specifically to Ethiopia.

For its part, the Ukrainian Ministry of Infrastructure said today, Saturday, that 16 ships carrying 450,000 tons of agricultural products have left Ukrainian seaports since early August under the agreement that guarantees the safe passage of ships.

The agreement, signed by Ukraine, Russia, Turkey and the United Nations in the Turkish city of Istanbul last July, allowed the resumption of grain exports from Ukraine's ports on the Black Sea after a 5-month hiatus due to the war between Russia and Ukraine.

Ukraine hopes to increase its sea exports to more than 3 million tons of grain and other agricultural products per month in the near future.