Table tennis: the Lebrun brothers at the big table

Still teenagers and already settled at the table of the greats of international table tennis: two years before the Paris Olympics, the very precocious brothers Alexis and Félix Lebrun want to confirm their hatching… 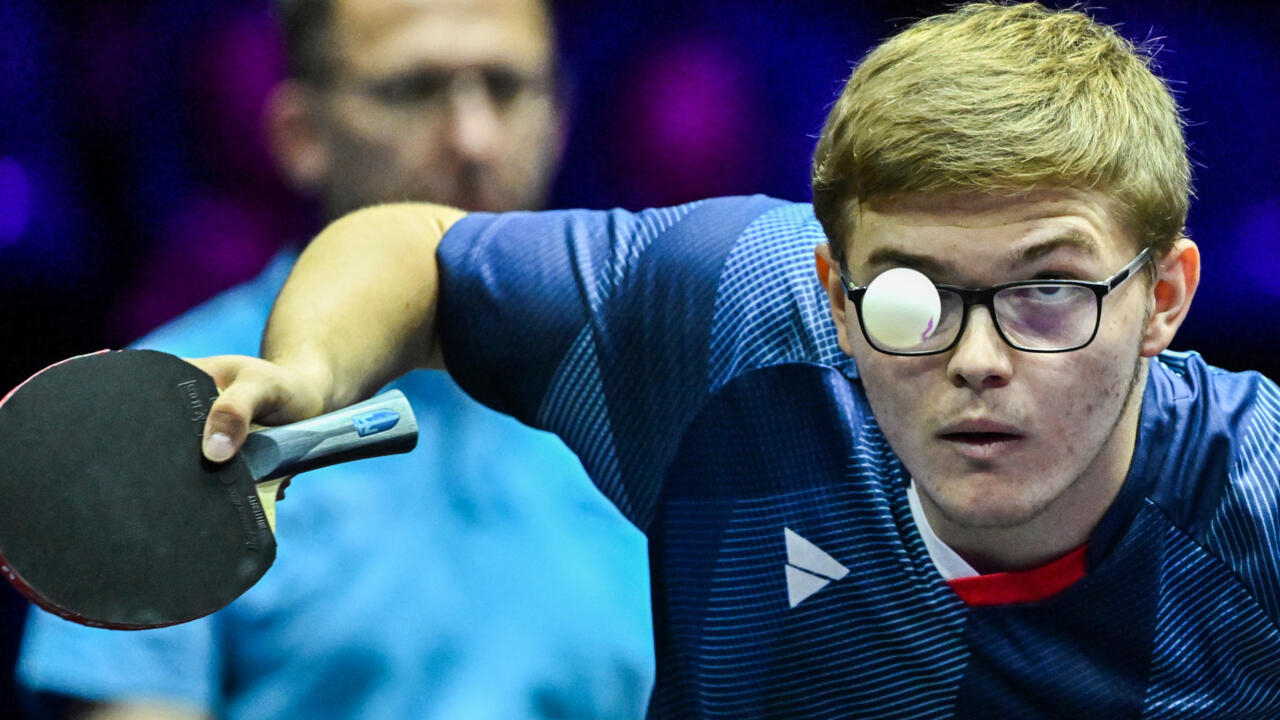 Has France found with the two young Montpellier residents the heirs of Jean-Philippe Gatien, Olympic vice-champion in Barcelona in 1992?

Alexis, new French champion at 18, and Félix, 15, are in any case part of the four tricolors selected in Munich and seem ready to shake up the hierarchy a little more.

The eldest Alexis (30th in the world) has just made a prodigious leap in the world ranking on the momentum of his first title of champion of France won at the end of June against the double holder Simon Gauzy.

"In one year I went from 1000th to 30th place. It went super fast for my first year at the international level", told AFP the man who has long been hampered by a cascade of injuries (shoulder, elbow).

"The French championship, which was a super important competition for me, gave me confidence. Since then, I have played very well in Budapest, then at the WTT tournament in Tunis", he added.

As a result, he notably hooked on his Tunis hunting list the Japanese Tomakazu Harimoto, world No. 4.

Félix (70th in the world), who is distinguished by a pen holder racket outfit, follows a more linear progression.

"From an early age, he participated in all the European championships, winning the title among the cadets", explains their father Stéphane, sports director of the Nîmes-Montpellier Alliance.

Because the two young champions benefit from a protective and strong family environment in Montpellier, where their father escorts their ascent.

With a connoisseur and benevolent eye, he transmits to them his experience as a former table tennis player around a philosophy and a requirement aimed at the high level.

But they can also count on their uncle Christophe Legout, triple champion of France.

Both at home and at the Alain Achille room – near the Philippidès stadium where the decathlete Kévin Mayer trains – Alexis and Félix have always been immersed in the world of table tennis.

"It's a real family saga. We talk ping-pong morning, noon and evening at home. The two brothers rely on a very favorable environment. We teach them to win matches, we teach them humility. These two young people almost annoy me because they have zero faults", laughs Dominique Bilbao, honorary president of the ANM.

An eye on Paris

In fact, Alexis and Félix, who will be partners in doubles and rivals in singles in Munich, live in total harmony their ascent as a fraternal rope.

Same square glasses, same haircut, they look like twins, always ready to support each other like in Tunis where they struggled for two days waiting for a plane.

"We are super close. We live the competitions, the trips together. It's very pleasant", appreciates Alexis.

"They want to bang each other. They live a very healthy competition, bring each other mutually, give advice and move forward side by side. The big one is protective, the little one pushes him. They realize that it's is a real plus on the international circuit", confirms their father.

The results validate the method.

"We could expect good results in the year, it happened in three months. We have the feeling of having taken the right road and the right training philosophy", confirms Stéphane Lebrun.

"To play at a very high level, we tried to put people in to help Alexis and Félix. That's why they go faster than the others."

Faster to go higher and stronger?

The 2024 Olympics are not that far away... "We try to do everything to be in Paris and play there as best as possible," promises Alexis.