Double Olympic finalist at 16, double world champion at 17 and now world record holder in the 100m freestyle even before she was 18. David Popovici, the skinny teenager from Bucharest, has tumbled... 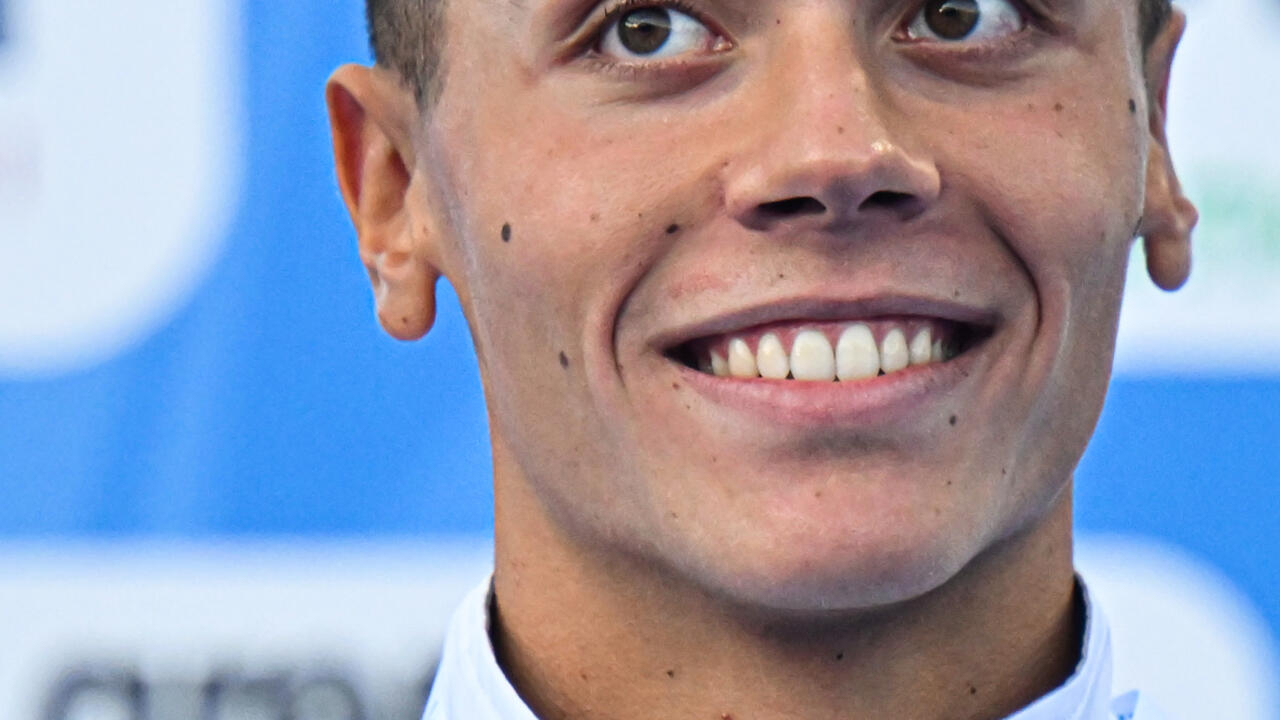 Saturday in Rome, in the final of the European Championships, he improved by five hundredths the old mark of the Brazilian Cesar Cielo, which dated from 2009, by swimming the round trip in 46 sec 86.

Born in Bucharest in September 2004 -- the year Michael Phelps made his Olympic debut -- Popovici started swimming at the age of four, encouraged by a doctor to correct scoliosis problems.

At nine, he met Adrian Radulescu who became his coach and continues to accompany him today.

"He wasn't the easiest to train," 32-year-old Radulescu recalled.

"He was mostly looking to have fun, to skip his turn, like all kids. But he had something special, he was very competitive. It's something that I tried to develop, because he didn't was only competitive when he wanted to be."

Asked two days before his Roman coup during a press conference organized by his sponsor Arena, Popovici, both relaxed and thoughtful, returned to the reasons for his exceptional progress.

"We asked the same question to Erling Haaland, the football player, after he exploded like I did. He didn't know how to speak much English at the time but he summed it up very well and expressed it in saying 'work, hard work' That's really it, a lot of work, very hard, a lot of sacrifice and it's really a question of how hungry you are. And I'm really hungry."

Asked to detail what he means by "sacrifices", he replies: "Sacrifice for me is a way of living the hard way. A life where I have to get up early in the morning, train even if I don't don't feel like it, where I have to push my limits".

He then searches for his words to find the perfect answer.

"It's just knowing what you're ready to do and what others won't do. And that means living in a totally different way, for example in terms of nutrition, sleep, parties... But I don't care. I remember why I'm doing this and I go back to my life as an ascetic."

A month and a half ago, he had already displayed his talent by achieving the double of the 100-200m freestyle at the World Championships in Budapest, a feat that made him a superstar in Romania.

How famous is he in his country?

"Very," he replies with a big smile.

"I was a little known before, like three or four people out of ten could recognize me. But today, it's 10 out of 10. In the street, in restaurants... Everywhere. But that's ok, that goes with success. I like the fact that people like me."

After the Euro, Popovici's crazy summer will not be over and will continue with the Junior World Championships in Peru.

"For this year, we have accomplished what we wanted to do at the world championships. But why stop there? What I want to take away from all this, from this competition, is simply to have fun. medals, records are simply a bonus. If we manage to have fun, then we are satisfied."

"Everything is fun! Sport is fun," he says.

"Getting extremely tired, not far from vomiting, the blood going back to your head... It's not fun at the time, but after 30 minutes, when you no longer want to die, it's is + fun +. And you tell yourself that it's worth it."