Sad history for propaganda.. Will Israel retell the story of Arab Jews?

Two Israeli writers dealt with the dangers of writing Jewish history in the manner of tragedy and continuous suffering to serve the purposes of political propaganda. On the other hand, Edward Said said that the Palestinians were the victims of the victim. 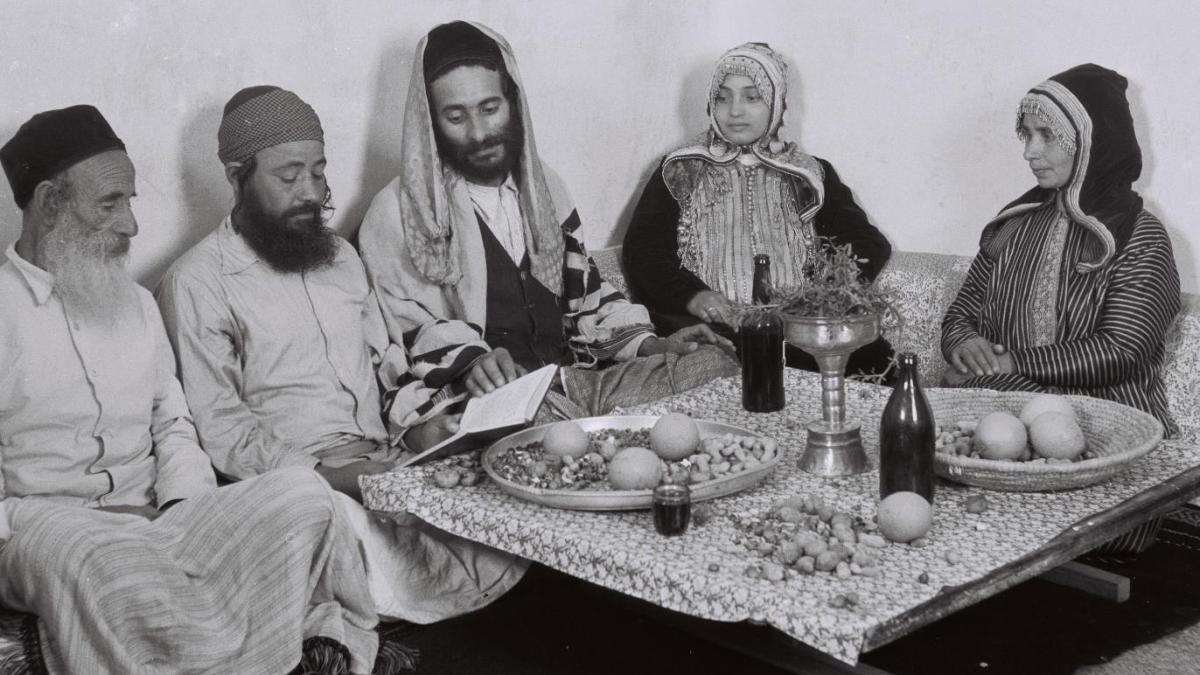 In 1928, the Jewish historian Salo Baron published his famous article "The Ghetto and Liberation: Shall We Revise the Traditional View?", addressing the dangers of writing Jewish history as a weeping account of tears, pain, and blood.

In 1963 he wrote another article in which he stated that all his life he had been fighting against the concept of tears and blood that dominates Jewish history, adding, "Suffering has distorted the whole picture of Jewish historical development."

Baron was the most important Jewish historian of his generation, born in 1895 to a wealthy and educated traditional Jewish family in the Austrian Empire, whose family spoke German rather than the Yiddish language of the poor Jewish masses of Eastern Europe.

Baron's article challenges the statements of the most important historians of the 19th century, Heinrich Geertz, who viewed Jewish history as a continuum of tragedies and episodes of suffering.

Baron insisted that the idea that Jews had been persecuted more than any other racial or religious group throughout history was wrong, concluding his article that "it is time to break the theory of blood history and adopt a view more in line with historical truth."

In a joint article recently published by the Israeli newspaper Haaretz, the two writers Lior Sternfeld and Manashe Anzi addressed the dangers of writing Jewish history in the manner of tragedy and continuous suffering to serve the purposes of political propaganda and propaganda, and pointed out what they considered a project to formulate a "sad" history of Middle Eastern Jews to justify contemporary Israeli policies.

The authors cited Baron's idea of ​​Jewish history, as he considered that it should not be reduced and simplified to a "chain of persecutions", but rather was a process of continuous communication between Jews and their surroundings, and should be studied in the context of the non-Jewish societies in which they lived.

Baron studied how a distorted conception of the past and misunderstanding of the historical context was misused in the service of political goals, and was defending his diverse concept of Jewish history that takes into account the historical complexities of various social, cultural, religious, and economic aspects.

The two writers pointed out that the Israeli ministries of culture and education are re-writing the early Zionist history book in an ideological and politicized way to justify the current events historically, citing allegations of anti-Semitism in the Islamic world, which Israel seeks through its promotion to justify its reluctance to accept the peace process in the region and promote Jewish-Arab coexistence in Israel, on In the words of the authors.

The authors pointed out that the names of the streets of Silwan neighborhood were changed as part of the process of Judaization in Jerusalem, as the decision of the Israeli municipality was implemented and new street signs were installed bearing the names of Yemeni Jewish rabbis who the occupation claims to have lived in the Palestinian neighborhood.

They added that this practice by which the Israeli state is trying to wash its hands from decades in which non-Ashkenazi history (Western Jews) was neglected, but - paradoxically - it did so in a neighborhood inhabited by an overwhelming Palestinian majority that Israeli Jews do not set foot in.

The authors say that Jewish history, including their history, is being portrayed in some countries of the Islamic world as a series of tragedies for political purposes, and this is clearly evident in the Israeli obsession with portraying France as suffering from Muslim immigration and anti-Semitism to urge French Jews to immigrate to Israel.

This Israeli narrative ignores the rich culture and history of Jewish communities in North Africa and the Middle East, and insists that they lived a humiliating life as second-class residents, "waiting for Zionist deliverance."

According to the authors, this novel ignores many centuries of Jewish life in the Islamic world, and also denies that Jewish communities in the Middle East are an integral part of their societies, in an attempt to link the history of Jews in the Middle East with their counterparts from Jewish communities in European countries, as they were expelled from Spain and Portugal and the massacres in Russia in the late nineteenth century and Germany in the middle of the twentieth century.

The two writers concluded their joint article by saying that the Jews of the Middle East lived in an Arab and Islamic context whose history is currently being erased in parallel with the Israeli endeavor to eradicate Palestinian history.

They considered that the history of the Jewish societies that lived in the Middle East is being addressed in a way of simplification and reduction analyzed by the Palestinian thinker Edward Said in his book "Orientalism", denouncing the comparison, for example, between the conditions of Yemeni Jews, Moroccans, Egyptians, Iraqis, Lebanese and others who lived and migrated in different circumstances, as there is no unified history. Simplified for these disparate societies.

The Victim of the Victim

Saeed denounces the Western liberals' distance from supporting the Palestinian cause despite their opposition to racial discrimination in South Africa and their stance on the Bosnian issue and civil rights in America, due to a mixture of fear and guilt.