In Russia, state tests of the modernized 125-mm self-propelled anti-tank gun 2S25M have been completed, Vladimir Artyakov, First Deputy Head of the Rostec State Corporation, said. According to him, in terms of firepower, this self-propelled guns is not inferior to the main tanks T-80 and T-90, and in terms of mobility - armored vehicles BMP-3 and BMD-4M. Thus, the 2S25M has no competitors in its class either in Russia or in the world, Artyakov emphasized. Experts note that the modernized self-propelled guns have powerful weapons and can be parachuted from an aircraft, which will significantly enhance the capabilities of the Russian Airborne Forces. 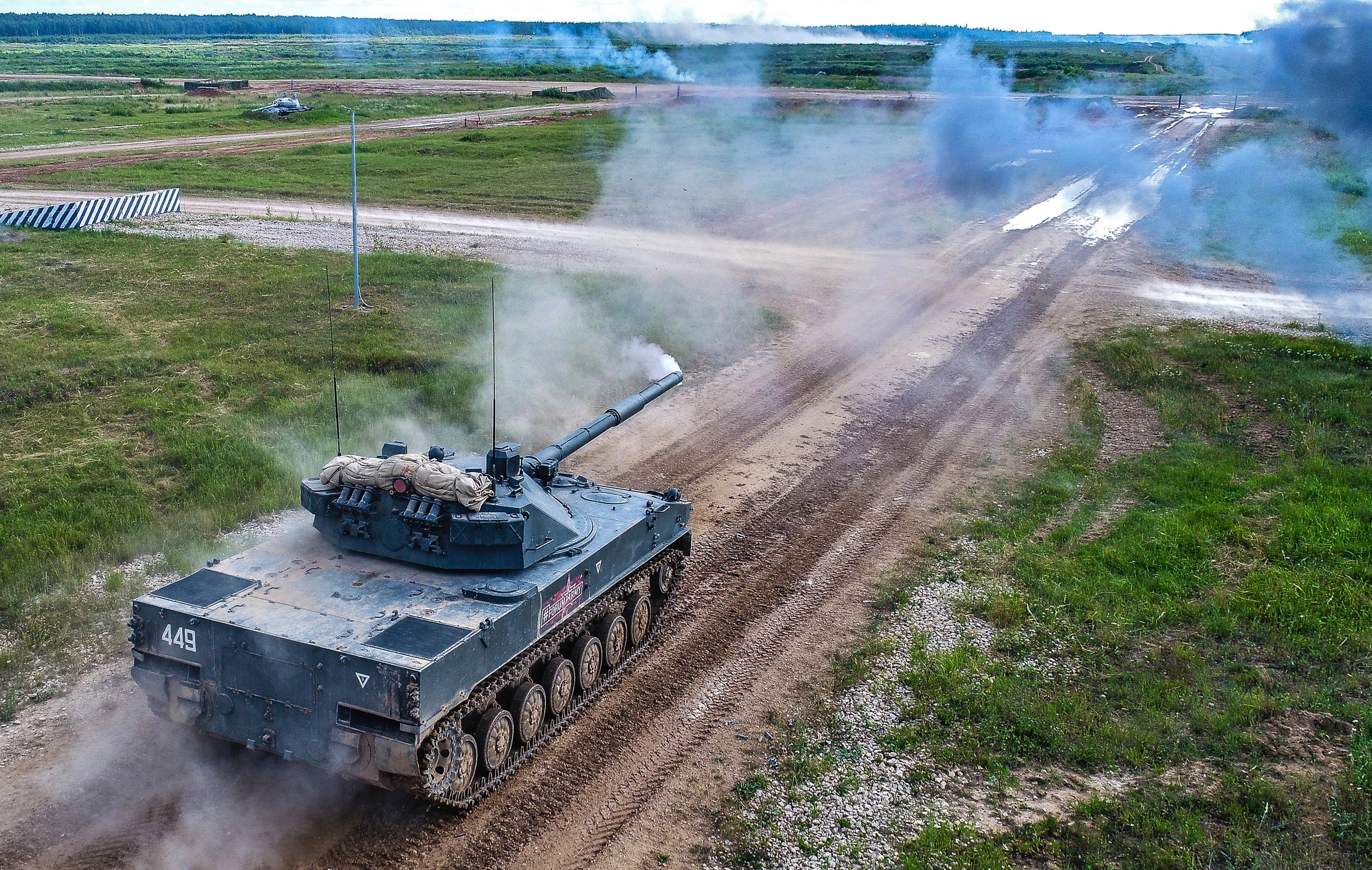 “In the near future, we expect the letter O1 to be assigned to this model, after which the vehicle can be put into service,” Artyakov said.

According to him, the modernized self-propelled gun is multifunctional and can overcome water obstacles without preparation in waves up to three points, while simultaneously firing afloat.

The machine is also designed for combat operations in swampy areas, in tropical climates and in the highlands.

Artyakov noted that in terms of firepower, the 2S25M is not inferior to the Russian main tanks of the T-80 and T-90 types, and in terms of mobility on land and water, the BMP-3 and BMD-4M.

“This car has no competitors either in Russia or in the world,” the deputy head of Rostec emphasized.

In turn, the executive director of Kurganmashzavod (SPTP manufacturer) Pyotr Tyukov told TASS that the plant is preparing for serial production of 2S25M: technological processes are being worked out, the necessary equipment is being selected and created, negotiations are underway with pickers.

The KMZ representative also spoke about the new capabilities of the upgraded machine, which will be presented to the public for the first time at the Army-2022 forum, starting on August 15.

“An additional set of additional protection will be installed at the SPTP, which increases resistance to ammunition damage.

At the same time, the buoyancy and stability on the water will be preserved at the same level.

Another feature of SPTP 2S25M is the optoelectronic suppression complex.

He added that the upgraded 2S25M is equipped with video cameras that provide all-round visibility when the car is moving, including in reverse.

Work on the 2S25 self-propelled anti-tank gun, also known as the Sprut-SD, began in the 1980s at the design bureau of the Volgograd Tractor Plant and Ekaterinburg Design Bureau No. 9 under the scientific supervision of the Central Research Institute of Precision Engineering (TsNIITOCHMASH).

The machine was created as a replacement for light amphibious tanks PT-76 for the needs of the airborne troops.

According to experts, the main task of the designers was to make a combat unit that could hit the main battle tanks of a potential enemy and at the same time land by landing or parachute from the Il-76 military transport aircraft adopted for service.

At the beginning of 2006, the 2S25 was put into service, however, according to open data, its production was curtailed in 2010 due to a number of shortcomings.

After that, the project was finalized, and in recent years the upgraded machine has passed all the necessary tests.

The improved 2S25M is a floating armored tracked combat vehicle with a powerful missile and artillery system.

The gun is stabilized in two planes and is equipped with an automatic loader that provides a rate of fire of up to seven rounds per minute.

The self-propelled gun also has a 7.62 mm PKT machine gun.

Thus, the 2S25M can use the same ammunition as tanks equipped with 2A46 guns.

For firing, high-explosive fragmentation, cumulative, armor-piercing sub-caliber and guided projectiles can be used.

Externally, the 2S25M self-propelled gun looks like a small tank - it combines the capabilities of an airborne amphibious combat vehicle and a main battle tank.

The self-propelled guns are capable of marching over a distance of up to 500 km, moving through water at speeds up to 10 km/h thanks to the use of two water jets.

The main advantage of the 2S25M is its low weight and improved maneuverability compared to main battle tanks, military observer, retired colonel Viktor Litovkin emphasized in a conversation with RT.

It is all-weather, swims, crosses water obstacles, can pass through any impassability.

So this is a good weapon to strengthen the units of the Airborne Forces, ”the expert noted.

In turn, the candidate of military sciences Sergey Suvorov noted that vehicles of this class are operated only in the Armed Forces of the Russian Federation.

“This is an airborne vehicle, unique in terms of armament for equipment of this class.

The tasks of 2S25M are to support units of the airborne troops, in the future, possibly the marines.

In fact, this is not so much a self-propelled artillery mount as a light tank.

In the world at the moment there are no similar airborne light tanks with such a weapon system, ”the military expert noted.

Despite its size and reduced weight, the vehicle is equipped with a full-size tank gun, which allows it to effectively deal with enemy main battle tanks and other armored vehicles, Dmitry Litovkin, editor of the Independent Military Review newspaper, said in a conversation with RT.

“The 2S25M can be transported by aircraft, floats, passes through any obstacles, but the main thing is the caliber of the gun that is on it,” the military expert noted.

A machine of this class will significantly enhance the combat capabilities of Russian paratroopers, the analyst is sure.

“They need fire support, but they cannot carry a full-sized tank behind them.

And this machine is lighter and more mobile, while it has a cannon caliber that can hit enemy tanks, pillboxes, bunkers, fortified points, ”he summed up.