L1: Mbappé back at the Park, Monaco and Rennes want to raise their heads

Paris SG can count on Kylian Mbappé's return from injury for his first home game of the season on Saturday against Montpellier, during a second day of Ligue 1 marked in particular by a… 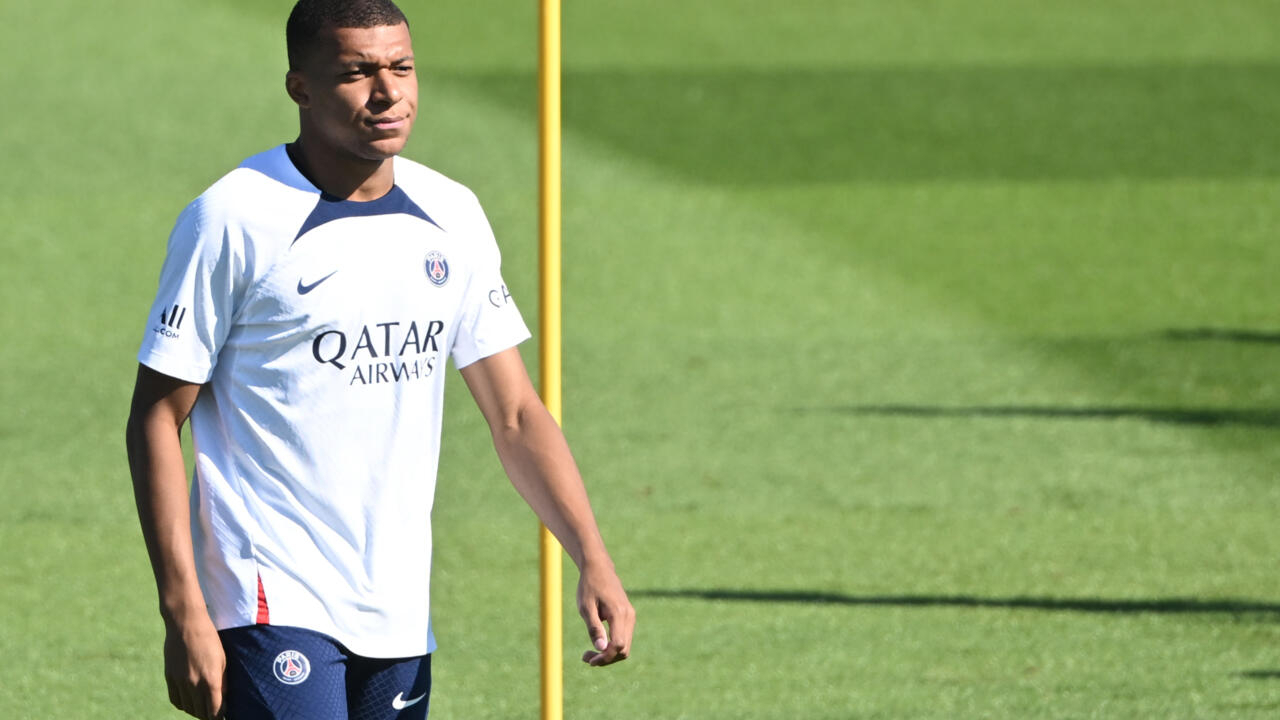 Friday evening, Lille temporarily took the lead in the standings by obtaining a draw (1-1) in Nantes, which could even have resulted in a victory for the Mastiffs without a great Alban Lafont, the Nantes goalkeeper.

The player: Mbappé expected at the turn

He was unable to take part in the demonstration of his people (5-0) during the 1st day in Clermont but the French prodigy Kylian Mbappé, top scorer in the French Championship last season with 28 goals, is making his comeback.

Injured in the adductors, "Kyky" saw from the edge of the field - certainly with a little frustration - his two friends Lionel Messi and Neymar having a great time against a very permeable Auvergne defense last weekend.

The Argentinian offered himself a double, including a delicious chest-bicycle control sequence which left the Clermont goalkeeper helpless.

As for the Brazilian, he was involved in four of the five Parisian goals (1 goal, 3 assists).

Above all, Neymar played with a smile on his face and was particularly comfortable in the 3-4-3 set up by the new Parisian coach, Christophe Galtier.

Kylian Mbappé, to whom the management of Paris SG has entrusted the keys to the team this year, will therefore have to quickly get in tune with his teammates who are already well launched in order, perhaps, to finally shine the "MNM", trio shock away from the top in 2021/22.

The shock: after the defeat, Monaco is measured in Rennes

The poster is already good on paper, between the 3rd and 4th of the last edition of the Championship.

But it takes on Saturday (5:00 p.m.) an additional interest.

ASM was eliminated from the Champions League race on Tuesday, after holding their qualification until the 89th minute on the ground of PSV Eindhoven.

On the Rennes side, despite an ambitious transfer window, the season began with a surprising defeat against rival Lorient (1-0) on a goal against his rookie side, Arthur Theate.

The two clubs hope to grab a European place at the end of this season and will want to get back together this weekend so as not to be left behind.

"I can tell you that the players are 100% ready to bounce back against Stade Rennais," warned Belgian Monaco coach Philippe Clement.

The Rock club can count on its rookie on loan from Chelsea, Malang Sarr, who will provide an additional solution in defense, where the shoe pinches.

"It's good that Monaco arrives from this second day to put our ideas back in place," said Rennes coach Bruno Genesio, Thursday at a press conference.

The opportunity for him, too, to confirm the imminent arrival of striker Arnaud Kalimuendo from PSG and "to hope" for his qualification for Saturday's match.

That OM's preparation was explosive!

Defeats and goals conceded in shambles, dissension in the locker room and bronca at the Vélodrome... But the Marseillais - and especially their new coach Igor Tudor - responded in the best possible way by passing four goals in Reims last Sunday (4- 1).

The whistles gradually gave way to joy and the Marseille rookies did well, starting with left-back Nuno Tavares, for his very first match with OM.

His counterpart on the right, Jonathan Clauss, brought his stone to the building by provoking a goal against his side of Reims and the striker Luis Suarez split a brace for his first official meeting with Marseille.

The latest arrivals of Jordan Veretout in the middle and especially of striker Alexis Sanchez, who notably worked for Barcelona and Arsenal, reinforce an already significant offensive potential.

Brest, less famous for its defense than Reims, can tremble by Sunday.