Barn fire in Katrineholm - buildings have burned down

A fire broke out in Sköldinge in Katrineholm during the afternoon. Two buildings have burned down and the fire is spreading to nearby buildings. Several stations are on site and called in to fight the fire. 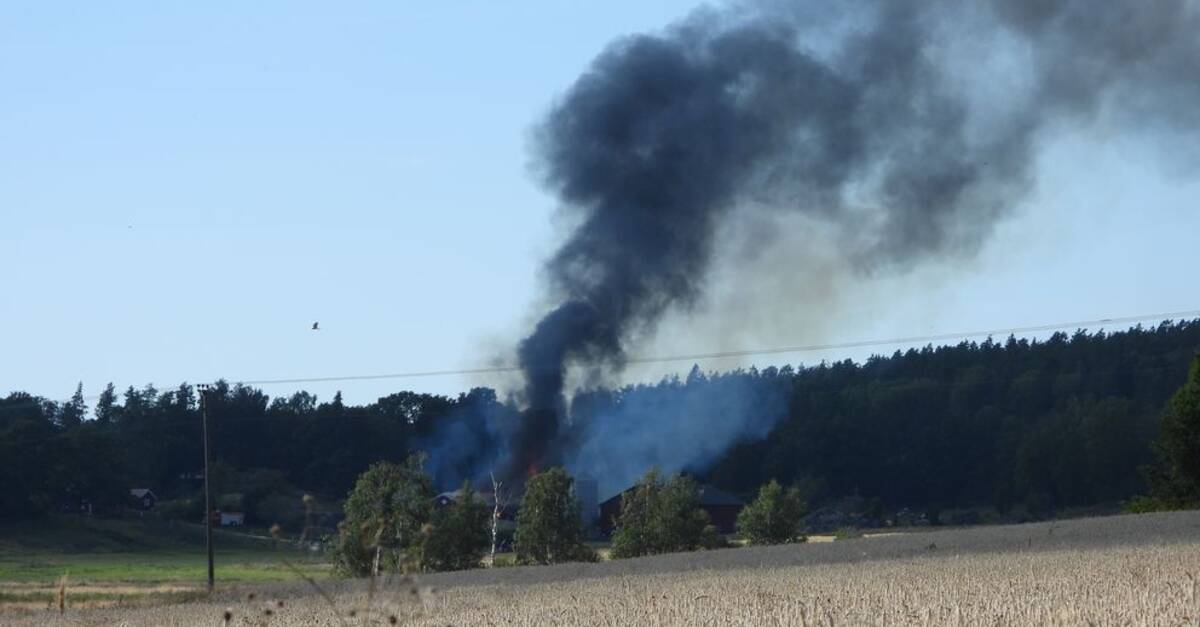 The alarm came in just before four o'clock on Saturday afternoon and the fire is believed to have started in a grain dryer.

Initially, the emergency services are on site with personnel from three stations, and helicopters have been called in from MSB to waterbomb.

However, at 19:00, the rescue service announced that the helicopters and two stations had been able to leave the scene.

There is no forecast for when the fire is believed to be out, but the emergency services expect to be on site during the night to continue with the extinguishing work.

- And after that we will remain for the post-extinguishing work, so we will probably be there until tomorrow morning, says Mikael Kalered.

According to the fire service, no one was injured in connection with the fire.