7 injured, including 3 in critical condition, after shooting at a bus carrying settlers in Jerusalem, and the perpetrator escaped

At least seven Israeli settlers, including 3 in critical condition, were injured, at dawn today, Sunday, after shooting at an Israeli bus carrying settlers, near the Old City of Jerusalem, according to Israeli media. 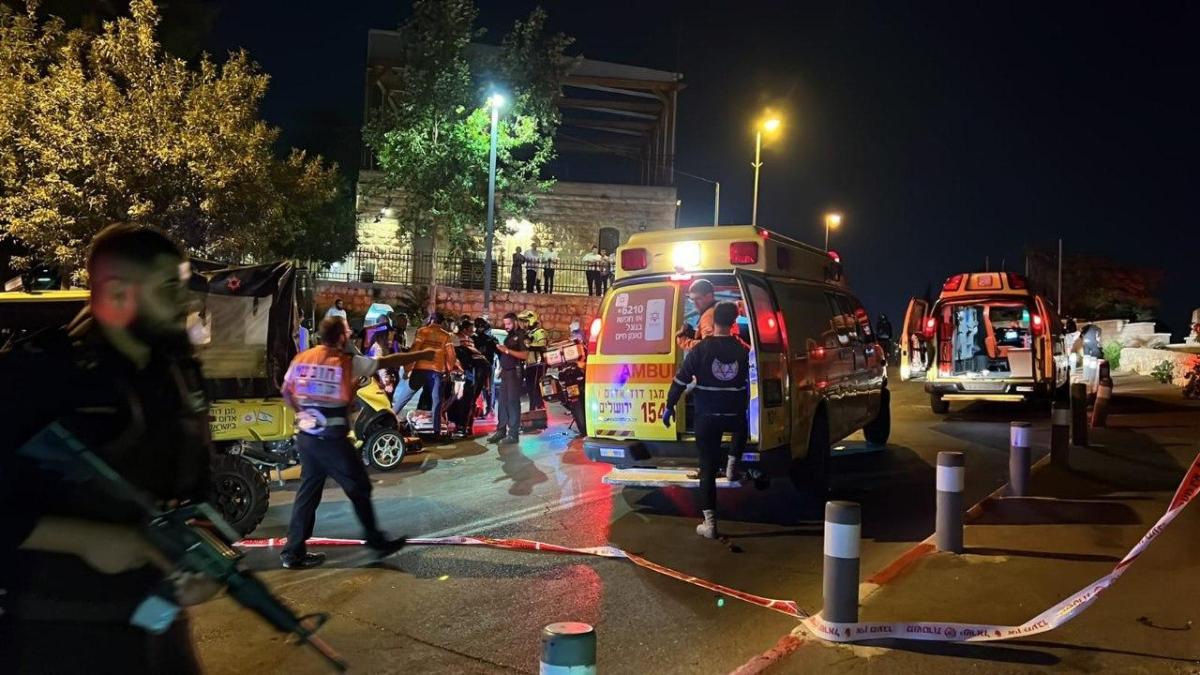 At least seven Israeli settlers were injured, including 3 in critical condition, at dawn today, Sunday, after shooting at an Israeli bus carrying settlers, near the Old City of the occupied city of Jerusalem, according to Israeli media.

"A short time ago, the police received a report of shooting at a bus near the Tomb of David in Jerusalem (Al-Buraq Wall in the Old City of Jerusalem), which led to a number of injuries," the Israeli police said in a statement.

Hebrew sources: "5 injuries in the shooting operation in Jerusalem, 3 of them critical, 1 serious, and 1 lightly" pic.twitter.com/B4xQTGhCdC

The private Hebrew channel (12) quoted the Magen David Adom Foundation (an official ambulance institution) as saying that its crews evacuated 7 wounded (6 men and a woman), including two serious cases, and 5 moderate and light injuries.

In turn, Israeli media, including Kan (official) and Yedioth Ahronoth (private), reported that two people were seriously injured as a result of the shooting on the bus belonging to the Israeli Egged company.

The police said that its members closed the place and began investigating the case, and searching for the suspect who fled the scene.

And Israeli sources suggested the presence of another perpetrator of the shooting attack on an Israeli bus in Jerusalem.