Technologies for producing electricity from the sun are evolving very quickly and costs are falling sharply, giving photovoltaic science a central place in the transition… 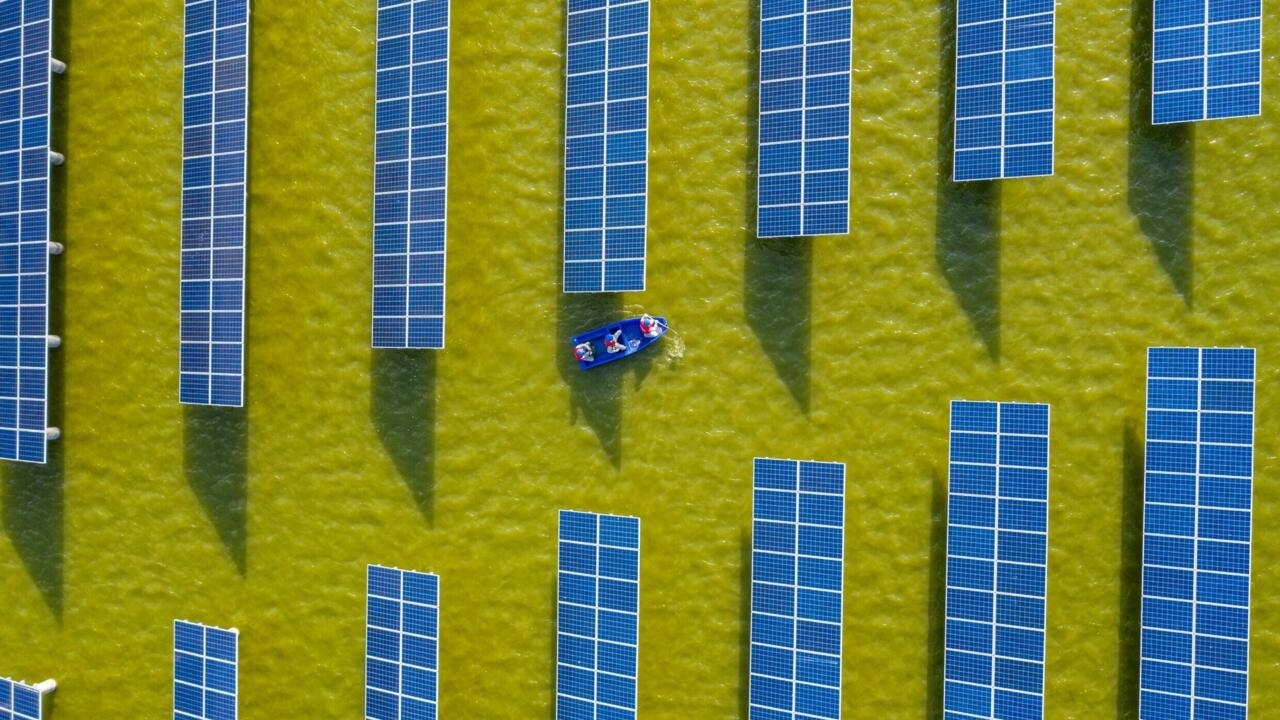 To achieve carbon neutrality by the middle of the century and limit global warming to 1.5°C compared to the pre-industrial era - as envisaged by the Paris climate agreement - the planet will have to install by 2030 four times more solar capacity than it does today, according to the International Energy Agency (IEA).

The good news is that prices have dropped dramatically.

But "it's probably the cheapest way that humanity has found to produce electricity on a large scale," said Gregory Nemet, a professor at the University of Wisconsin-Madison, one of the main authors of the report.

Between soaring fossil fuel prices and fears over energy security caused by the Russian invasion of Ukraine, the development of renewables has already begun.

According to a BloombergNEF report, global investment in solar projects rose 33% in the first half compared to a year ago, to $120 billion.

In wind power, they increased by 16% to 84 billion dollars.

And Joe Biden's climate plan set to pass the US Congress has bolstered that momentum, with $370 billion in public money in tax incentives aimed at cutting US greenhouse gas emissions by 40% by 2030 (compared to 2005).

"Mr. Biden's plan will make it possible to reinstall a solar panel industry in the United States," judged the director of the European Climate Foundation, Laurence Tubiana, in the French daily Le Monde on Thursday.

According to Mr. Nemet, it is plausible that solar alone will account for half of the world's electricity by the middle of the century.

“There is great potential,” he says.

The "photovoltaic effect" -- a process that produces electricity from solar radiation -- was discovered in 1839 by French physicist Edmond Becquerel.

The first silicon-based cells were developed in the United States in the 1950s. But today, the vast majority of solar panels are made in China.

According to the IEA, new photovoltaic cells on the market are 20% more efficient at converting light into energy than they were just five years ago, thanks to new hybrid materials.

Among the innovations are so-called "thin-film" panels, which are cheaper than silicon cells.

They can be "printed" on all types of support, from inks in perovskite crystals, a material discovered in the 19th century by the Russian mineralogist Lev Perovski.

According to experts, this discovery could revolutionize the sector by increasing the number of places where solar energy can be produced.

Provided that this new generation of panels degrades less quickly than at present, and can last at least 20 years.

In the journal Science in April, scientists reported success in making perovskite panels as efficient as silicon ones.

Another study published in Nature bets on "tandem" semiconductors to increase the conversion into energy of the spectral range of solar radiation: perovskite for the infrared and a more carbonaceous material for the ultraviolet.

It remains to solve the problem of the night, when there is no more solar radiation.

Stanford researchers succeeded this year in producing a solar cell that can generate energy at night using heat generated by the Earth.

"There's a lot of creativity in this industry," says Ron Schoff, who heads renewables research at the US-based Electrical Research Institute (EPRI).

According to him, one of the answers to the problem of increasing land use by solar farms will be based on bifacial panels: they produce electricity on both sides from sunlight and light reflected by floor.

In India, panels have been installed on canals for a decade, generating electricity and reducing evaporation.

According to Mr. Nemet, consumers can also play a role by changing their hours of consumption or by grouping together in private networks in an Airbnb approach.