Who is behind the continued devaluation of the Egyptian pound, the government or the International Monetary Fund?

The continuous depreciation of the pound has caused Egyptians to suffer from a complex economic crisis represented in the loss of most of the value of their savings in the local currency on the one hand, and the increase in the prices of goods and services exponentially on the other hand. 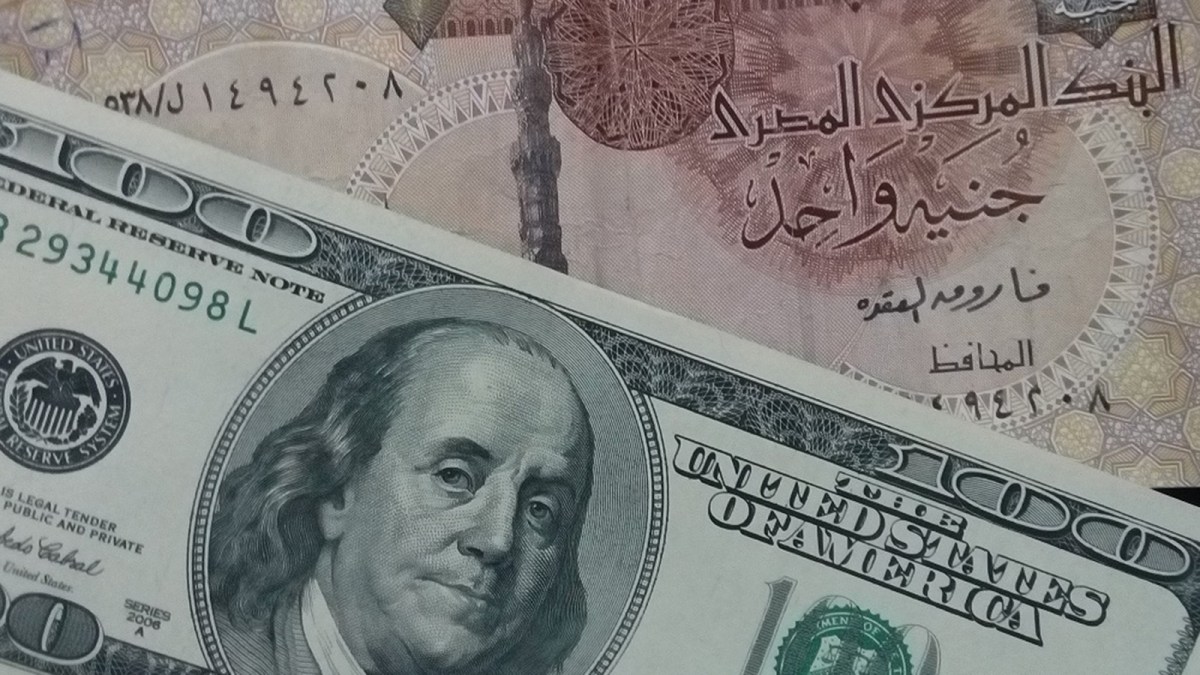 The issue of the decline of the Egyptian pound against a basket of foreign currencies is one of the most prominent repercussions of the severe economic crisis that Egypt has been going through since the overthrow of the regime of late President Hosni Mubarak in the wake of the January 25, 2011 revolution, and thus the average citizen has become the most affected.

The continuous depreciation of the pound has caused Egyptians to suffer from a complex economic crisis represented in losing most of the value of their savings in the local currency on the one hand, and an exponential increase in the prices of goods and services on the other hand, but this great damage actually began after the floatation of the pound at the end of 2016.

The Egyptian pound plunged to its lowest level ever at more than 19 Egyptian pounds against the dollar, and it sets every day a new record, as it falls by a penny or a few piasters each time, until it reached 19.16 pounds per US dollar, a decrease of 22% since March Past.

Who is behind the devaluation of the pound, the government or the IMF?

Although most investment banks, economic think tanks and financial analysts were confirming that the Egyptian pound was overvalued at different rates, but in all cases it was not less than 15% before the Russian-Ukrainian crisis, the Central Bank of Egypt was following what is known as the managed float policy, that is, it is The only party that decides the exchange rate of the pound and not the mechanisms of supply and demand, which ultimately led to counterproductive results, according to these analysts, and increased pressure on the pound.

At first glance, it seems that devaluing the pound is linked to Egypt turning to the International Monetary Fund each time, but the fund is not the reason for this devaluation, although it is one of its most important demands.

According to the economist Ibrahim Nawar, maintaining a low dollar price and setting exchange rates administratively by the Central Bank is not acceptable to the IMF, leads to market distortions, and causes the phenomenon of sharp and sudden changes, as happened in November 2016.

He explained in statements to Al-Jazeera Net that "if the government wants to determine the exchange rate of the pound against other currencies, it must have a large liquidity of foreign currencies through which it can control the value of the pound administratively instead of resorting to the International Monetary Fund."

Returning to the policy of the Central Bank of Egypt, the devaluation of the pound is not controlled by economic reasons only, but also by political ones. According to the chief economic analyst at the American Bloomberg Agency, Ziad Daoud, these political considerations are related to the high prices and the resulting societal effects.

And to clarify the economic reasons that push Egypt to go to the International Monetary Fund and ask it to reduce the pound, he explained - in a series of tweets on his personal account on the social networking site Twitter - that Egypt needs 41 billion dollars until the end of 2023 to fill the current account deficit and pay the outstanding debts, while Foreign reserves ($33 billion) alone do not cover this bill.

Will Egypt devalue the pound?

There is a financing gap

While foreign reserves ($33 billion, photo) alone do not cover this

A third of the country’s population, or more than 30 million citizens, live below the poverty line, according to official statistics in 2019 that are not updated, and did not include the repercussions of the Corona crisis and the subsequent economic crises during the past year and the current, as economists expect this number to increase further.

The head of the Parliament's Plan and Budget Committee, Dr. Fakhri al-Fiqi, revealed in televised statements that "there are understandings taking place between the two sides regarding the flexibility of the exchange rate, support in general, and energy in particular."

How much do you want Egypt?

And the Egyptian Finance Minister, Mohamed Maait, had confirmed - according to official statements - that the amount of support required from the International Monetary Fund is less than 15 billion dollars, as part of an expanded financing facility mechanism that has been negotiated between the two sides for several months.

In late 2016, Egypt began implementing a 3-year program with the IMF, which included a $12 billion loan, coinciding with a sharp currency devaluation and a reduction in subsidies.

In 2020, Egypt obtained from the fund, under a credit standby agreement, $5.2 billion, in addition to $2.8 billion under the rapid financing instrument, which helped the authorities address the impact of the repercussions of Corona, according to Egyptian government data.

Pound between float and managed float

The issue of the value of the pound remains a subject of tension and attraction between Egypt and the International Monetary Fund, and in this regard, Ziad Daoud explains the benefits and harms of this matter in his series of tweets on this subject, saying, “Reducing the pound may reduce the financing gap by reducing imports because they will become more expensive and increasing exports because they will become more expensive.” Cheaper, but this reduction has big side effects, the most important of which is the high prices, especially with the already high inflation rates.

How much does the pound need to depreciate in order for the fiscal deficit to reach a reasonable level?

Our estimates: a 23% drop compared to the current level,

meaning that the exchange rate will reach 24.6 pounds against the dollar

Calculations, assumptions and sources are in the table

Daoud holds the Egyptian government responsible because of its “stabilization of the exchange rate since 2017, despite the crises of emerging countries, Covid-19, the rise in interest rates, the high cost of energy and food, and its reliance on hot money to finance its deficit, and thus the shocks accumulated until it required a significant change in the exchange rate instead of an adjustment.” gradually over the years.

According to Ziad Daoud, the pound needs to fall by 23% compared to the current level to bring the fiscal deficit to a reasonable level, that is, for the exchange rate to reach 24.6 pounds against the dollar, indicating that a devaluation of the pound may occur, but to a lesser degree than what the economy needs.

The Central Bank..a tool in the hands of the executive authority

In his estimation, the economist Ibrahim Nawar believes that the Central Bank of Egypt's setting the exchange rate is an unrequired administrative intervention, saying, "The exchange rate system is either the market is its basis and prices are determined on the basis of supply and demand, or it is administrative through the central bank."

He added to Al Jazeera Net that "the equation of central banks' intervention depends on the target inflation rate and predetermined financial stability criteria, but in a random and uncontrolled economy and the absence of policy, the role of the central bank turns into an administrative arm of the executive authority, which is inconsistent with the laws establishing central banks that stipulate to ensure its independence from the government.

How can the pound be protected?

International Finance and Investment Adviser Dr. Alaa El-Sayed agrees with what was put forward by the chief economic analyst at Bloomberg, stressing that “the government has fears of social unrest in the event the pound depreciates at a greater pace and prices go up faster, which is what we noticed in the Egyptian Central Bank’s follow-up to what is known as the managed float policy. That is, stabilizing the value of the pound within narrow price limits over the past two years, but the results were counterproductive."

Al-Sayed supported the demands of the IMF to allow greater flexibility in the exchange rate of the pound, but with conditions, and said, "The state should not control the price of the pound and prevent it from being subject to market mechanisms, supply and demand, but provided that the Egyptian economy is restructured to become a productive economy instead of a fiscal one, so that revenues are added New foreign currency, increasing production and exports and growing tourism, which helps the state to pay off its debts and improve the level of income, and therefore the pound will rise again and will not collapse and there will be no inflation.