The Razoni, which was initially to unload its goods in Lebanon, finally docked this Thursday, August 11 at the port of Mersin, Turkey. 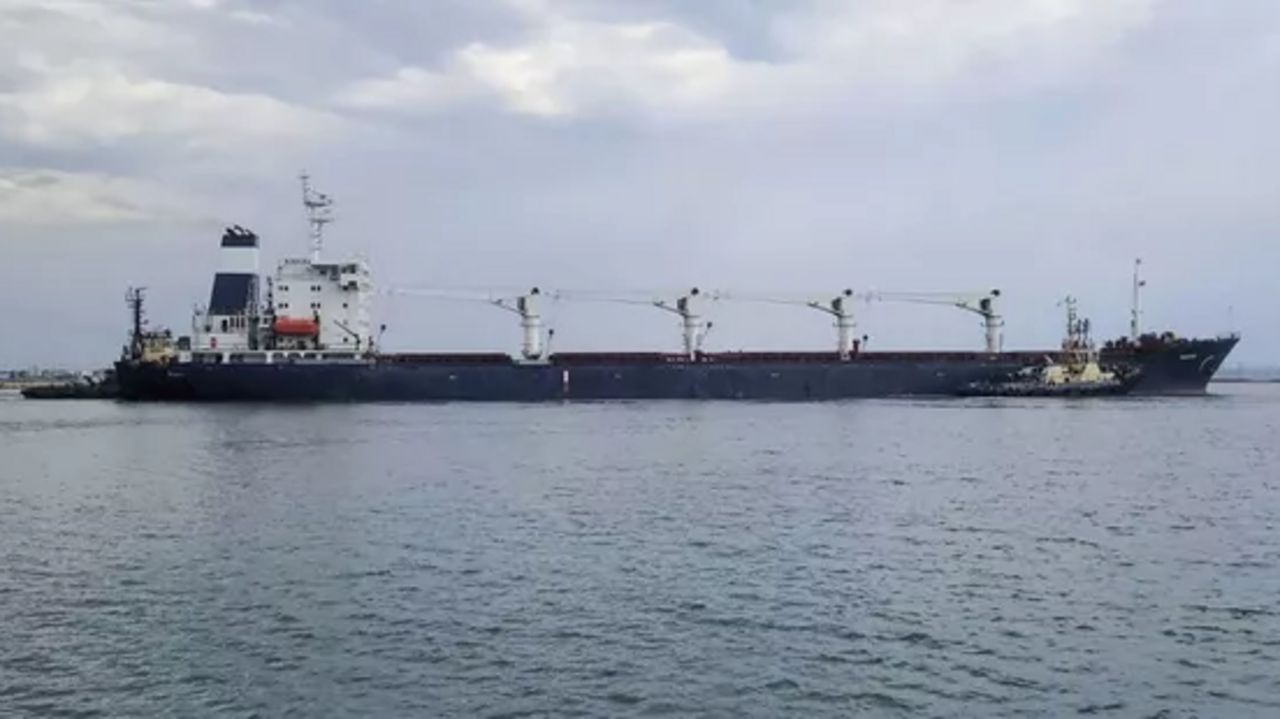 , which was initially to unload its goods in Lebanon, finally docked on Thursday August 11 at the port of Mersin, Turkey.

Leaving Odessa on August 1 with 26,000 tonnes of corn on board, the

But not the one where we expected it.

This Thursday afternoon, the ship flying the Sierra Leonean flag which had inaugurated the resumption of Ukrainian grain exports under an agreement between Kyiv and Moscow, arrived at the dock in the port of Mersin.

It has been anchored off this town in southern Turkey for two days.

To read also: The first load of Ukrainian cereals has left the port of Odessa

The ship was originally scheduled to unload in Tripoli, Lebanon.

But the recipient, a private buyer whose identity has not been disclosed, had canceled the order because of the delay in delivery - five months, because of the war - which could have altered the quality of the goods.

Part of the cargo finally found a new buyer in Turkey, whose identity also remains unknown.

Information confirmed by a United Nations spokesperson at the Joint Coordination Center based in Istanbul.

According to a shipping agent from Mersin, the

must unload 1,500 tons of corn on site out of the more than 26,000 tons it contains, before continuing its journey to Egypt.

In all, twelve boats have so far been able to leave Ukraine thanks to the grain agreement.

This represents more than 370,000 tons of agricultural products, mainly corn.