The residents of the Panjshir Valley in Afghanistan, which was the last opposition enclave that fell to the Taliban in early September 2001, are still living in fear of the Taliban movement, which is accused of committing violations against them. Amir (a pseudonym), a 22-year-old student, near the village of Safed Sharar, says in an interview with 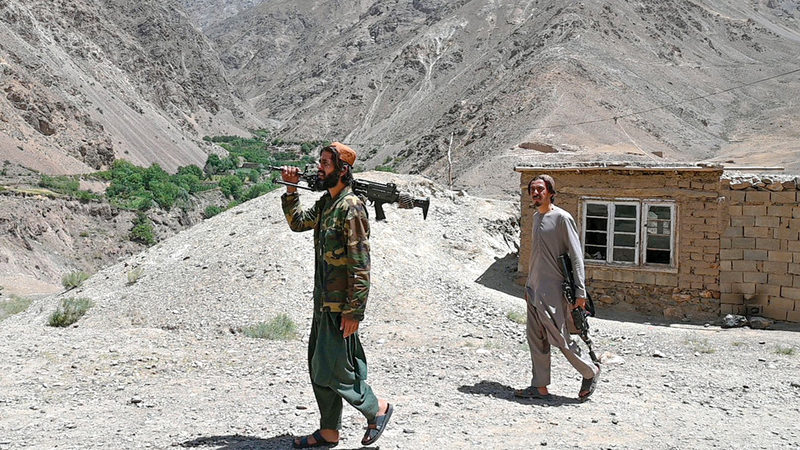 They represent the only opposition to the movement

The residents of the Panjshir Valley in Afghanistan, which was the last opposition enclave that fell to the Taliban in early September 2001, are still living in fear of the Taliban movement, which is accused of committing violations against them.

Amir (a pseudonym), a 22-year-old student near the village of Safed Sharar, said in an interview with Agence France-Presse: “Since the arrival of the (Taliban) fighters, people do not feel safe, they feel afraid and they cannot speak freely. ».

On September 6, 2021, the Taliban announced that it had "completely" captured the Panjshir Valley, after the National Resistance Front failed to prevent the movement, which came to power in mid-August, from controlling the area.

The late Ahmad Shah Massoud contributed to Banshir's fame in the 1980s, before he was assassinated by al-Qaeda in 2001.

The Banshir Valley did not fall under the Soviet occupation in the eighties of the last century, nor during the rule of the "Taliban" after a decade in its first regime (1996-2001).

A year after the Taliban's return to power, the National Resistance Front, led by Ahmed Masoud, son of Ahmed Shah Massoud, represents the only conventional military threat to the new authority.

On May 7, the National Resistance Front announced the start of a major attack against the "Taliban" in a number of northern Afghan provinces, including the province of Panjshir.

Following the announcement, clashes erupted between the National Resistance Front and the "Taliban", and each of them talked about the killing of dozens in the ranks of the other side, an outcome that cannot be confirmed by an independent source in this difficult-to-reach valley.

Since then, the resistance fighters are concentrated in the mountains, while about 6000 Taliban fighters are deployed in the valley.

The movement now controls the main road that passes near the Panjshir River, at a distance of more than 100 km.

Taliban fighters can be seen in villages and at several checkpoints.

Amir continues: "We cannot walk in the evening with our friends, they come to us to prevent us from doing so, and to ask us why we are sitting here."

According to Amir, "Perhaps the (Taliban) fighters think that the young people are planning something against them if they gather," as if they are from the ranks of the resistance.

In June, Amnesty International and Human Rights Watch accused the Taliban of perpetrating acts of torture in the province and of arbitrarily detaining civilians for belonging to the National Resistance Front.

Amnesty said at the time that "these serious violations of human rights create a climate of fear and mistrust in the region."

"In the past, we used to feel happy when we came here, our husbands could come freely," says Nabila, who came from Kabul with her four sisters to attend their mother's funeral near the city of Pazarak.

Most of our husbands couldn't attend the funeral, we told them we couldn't trust (the Taliban)."

When the Taliban arrived in September in the area where more than 170,000 people lived before August 2021, many residents fled.

According to a spokesman for the governor of Panjshir province, "less than 2,000 families may have left Panjshir, but most of them have returned."

In addition, Abdul Hamid Khorasani, commander of the Badri Battalion 313, which is a member of the Taliban's special forces, considered what the National Resistance Front is doing as "propaganda."

"There is no security threat, anywhere there are some people in the mountains and we are chasing them," Khorasani says.

For his part, Ali Maysam Nazari, the official in charge of international relations in the National Resistance Front, says: "If we are a few fighters and we are pushed into the mountains, why do they send thousands of fighters?"

He asserts that the National Resistance Front has "a permanent base in every side valley in Panjshir, that is, more than 20 bases" and in other provinces in the north-east of the country.

The front says it has about 3,000 members across the country, but that number is impossible to verify.

Michael Cagelman, director of the Asia Studies Program at the American Wilson Center, considers that the National Resistance Front "has the will to fight, but it has no ability to do so," stressing that a "large segment" of the front's leaders and fighters are located abroad, especially in neighboring Tajikistan.

He says, "In order for the National Resistance Front to be a truly effective group, it must get more external military and financial support."

• Amnesty International and Human Rights Watch accused the "Taliban" of committing acts of torture in the region and of arbitrarily detaining civilians on charges of belonging to the National Resistance Front.