Jura: a spectacular fire has already burned more than 400 hectares

The Jura prefecture announced Thursday that two forest fires have ravaged more than 400 hectares in the south of the department since Tuesday. The spread of one of them has "accelerated", added the prefecture. . 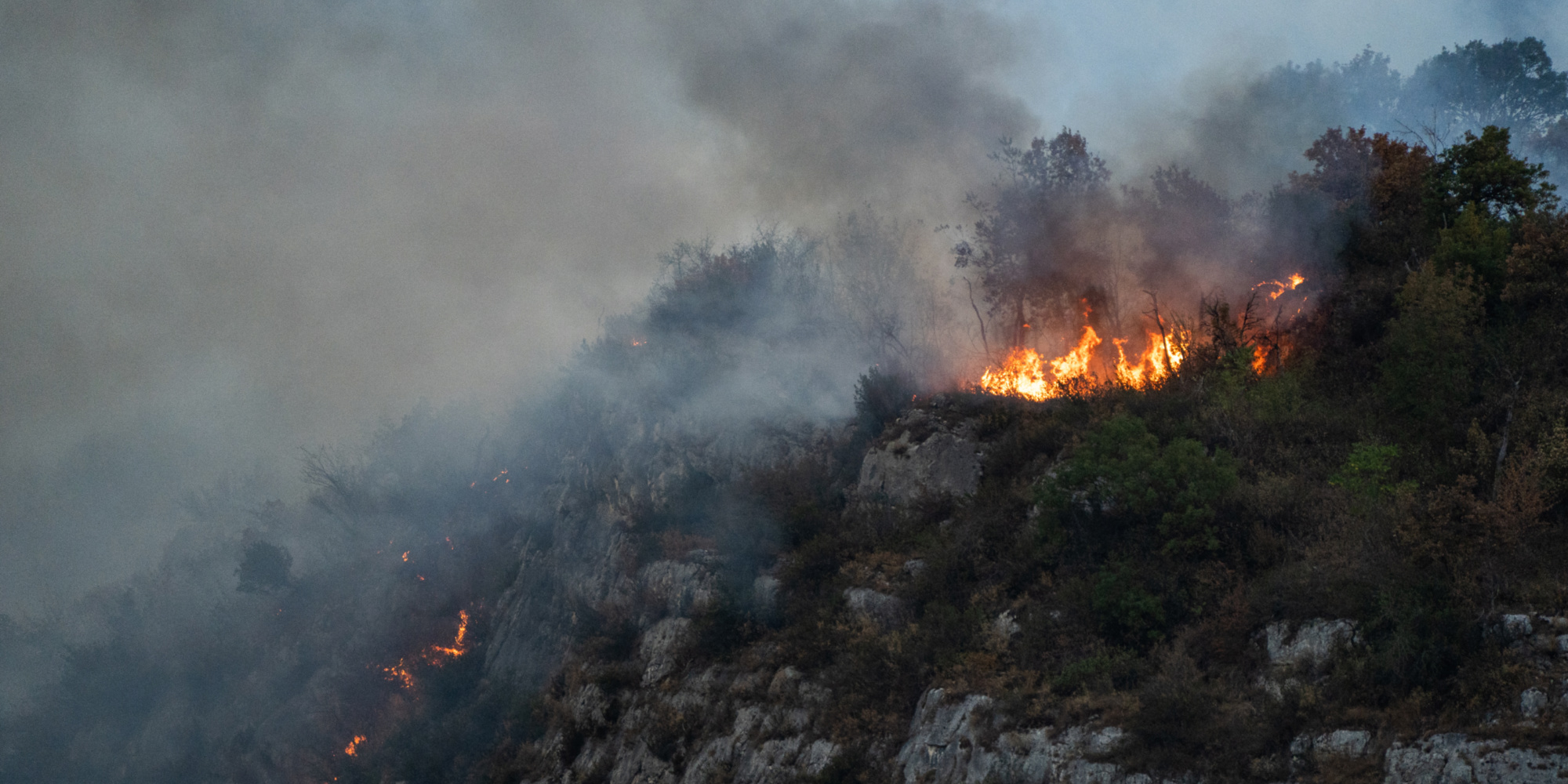 The Jura prefecture announced Thursday that two forest fires have ravaged more than 400 hectares in the south of the department since Tuesday.

The spread of one of them has "accelerated", added the prefecture.

90 firefighters and 28 machines are now hard at work trying to control this active forest fire.

Two forest fires have ravaged more than 400 hectares in the south of the Jura since Tuesday, the spread of one of them having "accelerated", announced the prefecture on Thursday afternoon.

The prefecture described "a cloud of smoke, visible for several tens of kilometers, covering a large part of the south of the department" and accompanied by a "burnt smell that may inconvenience the inhabitants of the area".

In the Jura, a violent fire is underway in Cernon!

The flames threaten the hamlet of Menouille where 200 people had to evacuate.

A total of 90 firefighters and 28 machines are now hard at work trying to control this active forest fire since Tuesday between Vescles and Cernon and which continues to spread north after burning 250 hectares, including 80 in the during the morning of Thursday specified the prefecture.

Two water bomber helicopters based in Annecy arrived on the spot Thursday noon.

The prefecture had initially mentioned a single device redeployed from Maine-et-Loire where the two main fires which ravaged more than 1,500 hectares are now fixed.

Their intervention should facilitate ground-fighting operations against this fire, which is spreading in a hilly area where relief is making difficult progress.

New ground reinforcements were also expected from Ain and Haute-Saône, the wind and the heat not helping to control the situation.

The thirty inhabitants of a hamlet located in the town of Cernon were being evacuated Thursday at midday by the gendarmerie and the municipal authorities.

"The departmental roads D60 and D99 are still cut in order to facilitate the intervention of the firefighters" just like the GR9 long-distance hiking trail, indicated the prefecture.

A fire fixed about twenty kilometers to the south

About twenty kilometers to the south-west, in the Cornod and Vosbles-Valfin sector, the fire is now fixed, after having reduced 160 hectares to ashes.

The work of extinction and cleaning carried out during the night by the firefighters and the farmers made it possible to control the disaster, still according to the prefecture.

Up to 60 firefighters and 24 engines were engaged on this fire.

- "The Jura lakes are taken by storm", this summer the French are favoring other destinations

On the two fires, "the largest since the 1990s" according to the firefighters, the firefighters were able to count on the support of reinforcements from seven departments in central and eastern France.

The Jura has been classified at the ultimate level of drought since August 1, in a “crisis” situation.

In the Vosges, the fire which burned 30 hectares of forest between the municipalities of Mortagne and Brouvelieures, is now fixed, announced Thursday the prefecture of the department.

A hundred firefighters and 30 machines are still on site to deal with hot spots and the edges of fire.

They were also to be supported by a water bomber helicopter during the day.

The hundred inhabitants of a hamlet in the small town of Mortagne who had been preventively evacuated on Wednesday were also able to return to their homes, spared by the flames.