Given at the top of the Italian legislative elections, the head of Fratelli d'Italia wants to reassure

Given at the head of the next legislative elections, the far-right party Fratelli d'Italia worries because of its neo-fascist origins. Its chef Giorgia Meloni therefore tried to reassure in… 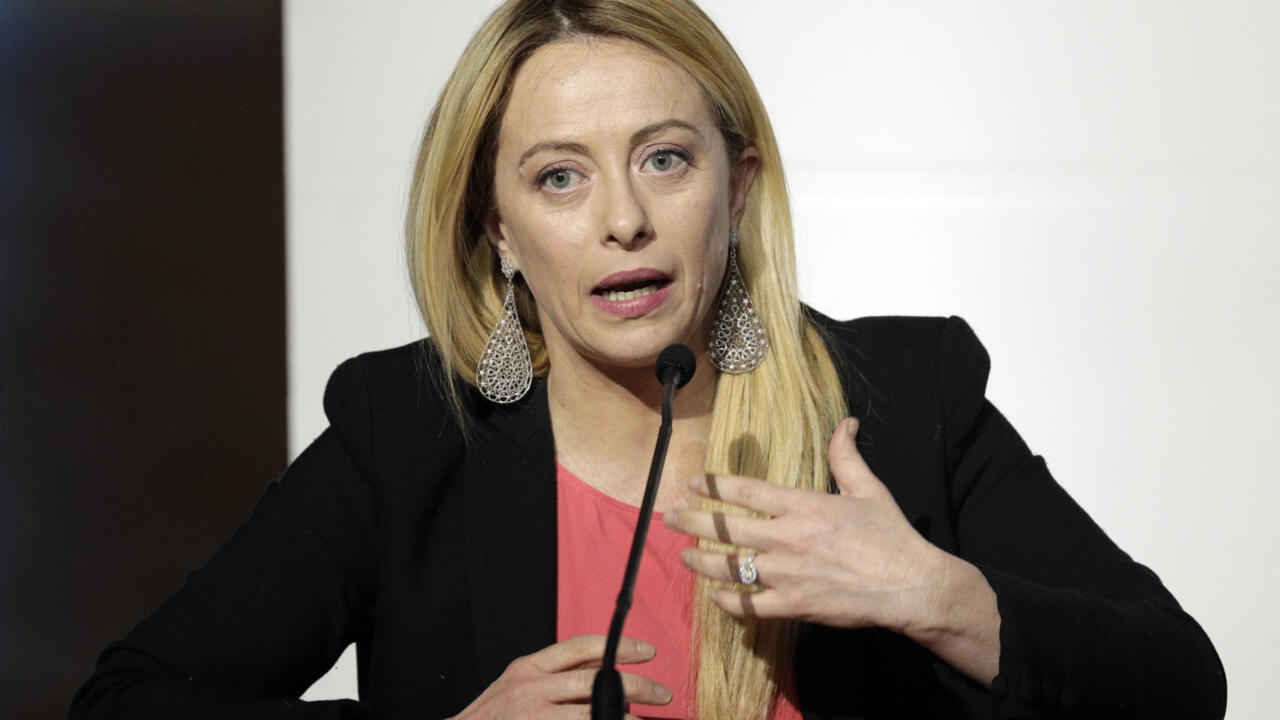 Given at the top of the Italian legislative elections, the head of Fratelli d'Italia wants to reassure

The head of Fratelli d'Italia, Giorgia Meloni, could become the first woman president of the Italian Council.

Given at the head of the next legislative elections, the far-right party Fratelli d'Italia worries because of its neo-fascist origins.

Its leader Giorgia Meloni therefore tried to reassure in a video addressed to the international press.

With our correspondent in Rome

The video was produced in three languages ​​– English, Spanish and French.

Objective: to reassure those who are worried about the future of the country, where the coalition made up of two far-right parties (the League and Frattelli d'Italia) and a more moderate right-wing party (Forza Italia) is given winner of the

According to the polls, Fratelli d'Italia would even come out on top.

Its leader, Giorgia Meloni, would become the first President of the Council.

But the neofascist origins of this party represent a threat in the eyes of several countries.

Dressed in a sky blue blouse, with makeup studied to soften the features of her face, Giorgia Meloni therefore wanted to present a different face from that associated with her party, which she presents as that of the “

I read that Fratelli d'Italia's victory in September would produce a disaster.

An authoritarian turning point, Italy's exit from the euro.

None of this is true

, ”she says in a 6-minute video shared on Twitter.

Giorgia Meloni claims that fascism is a thing of the past

According to Giorgia Meloni “

” are behind what she declares to be false.

And to better convince all the chancelleries, she adds: “

Several decades ago the Italian right relegated fascism to history, condemning without ambiguity the deprivation of democracy and the infamous anti-Jewish laws.

Our position in the Western framework is crystalline.

And we demonstrated this by condemning the brutal Russian aggression against Ukraine.

But Giorgia Meloni, who has not changed her party's logo, a green-white-red tricolor flame, identical in design to that of the former National Front in France, places the naval blockade among the priorities of her electoral program. in the Mediterranean for boats carrying migrants from the North African coasts.

To read also: In Italy, the polls predict a very right-wing wave in the legislative elections