Even before the US Supreme Court's decision to revoke the right to abortion in the United States, Facebook had provided the police with data proving that a mother had helped her daughter to have an abortion… 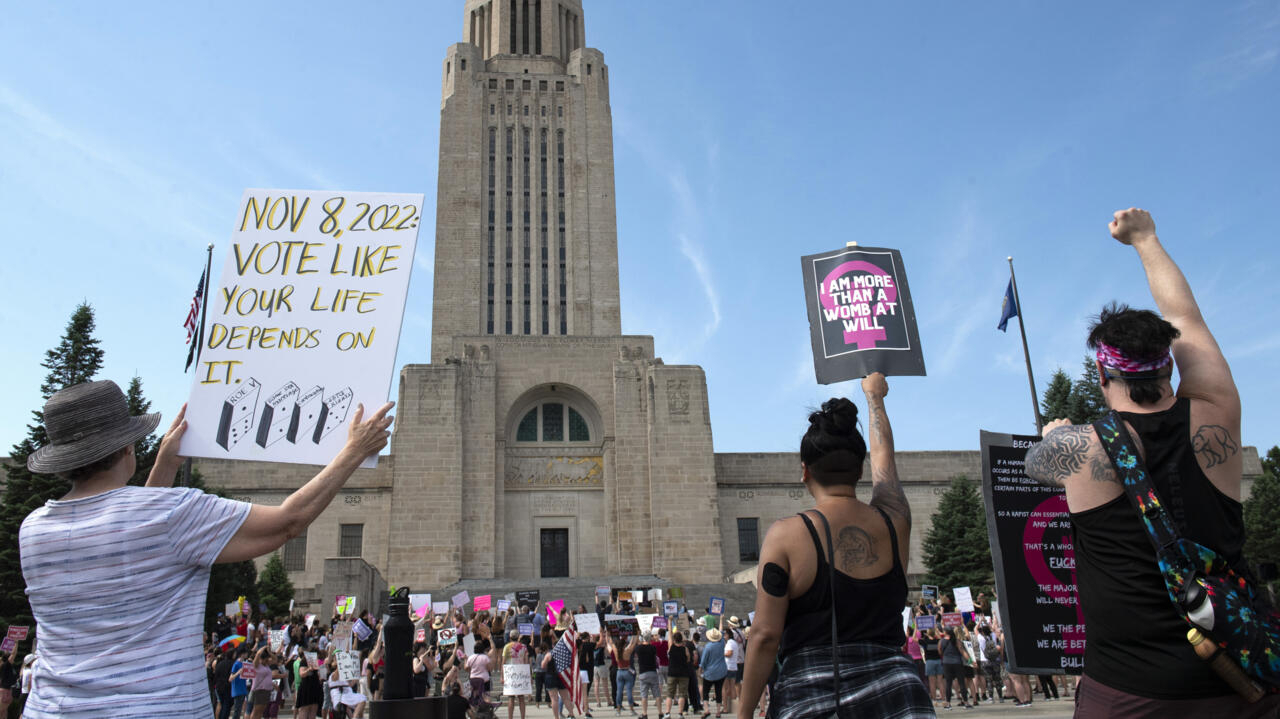 This is a precedent that sends shivers down the spine of abortion rights advocates in the United States: Meta, the parent company of Facebook, participated in a police investigation in the American state of Nebraska and provided the messages between an American woman who had an abortion and her mother... before the revocation of Roe v.

Wade, which guaranteed until June 24 the right to abortion in the country.

Analysis of the exchanges served as direct evidence for further investigation by the police.

The 41-year-old mother is accused of helping her daughter, then 17, to have an abortion.

She is the subject of five charges.

Her daughter is being prosecuted in particular for hiding and abandoning a corpse.

Both pleaded not guilty, according to local newspaper Norfolk Daily News.

After the Supreme Court's decision to overturn the Roe vs. Wade decision guaranteeing the right to abortion, women's rights activists expressed fears that the data accumulated by the Tech giants could be used to prosecute their users who had abortions. .

According to Meta, the mandate "did not mention abortion at all"

Meta is, however, one of many companies – along with Netflix, Disney, Twitter and Tesla – that have said they want to pay for the travel of employees who want to have an abortion in another state.

At the end of June, the CEO of Meta Mark Zuckerberg had however assured during a meeting that "protecting the privacy of people" was "particularly important now [with] the decision of the Supreme Court"... after having asked his employees not to not talk about abortion in the workplace.

But according to Motherboard, the company had not said whether or not it would provide data to police abortion investigations.

Facebook's parent company defended itself on Tuesday, August 10, noting that the Nebraska court mandate "did not mention abortion at all".

In a statement posted on Twitter, the company adds that the legal request was issued "before the Supreme Court's decision".

Contacted by AFP, the company highlighted its policy of responding favorably to requests from the authorities when "the law requires it".

A statement from Meta on this case.

“Nothing in the valid warrants we received from local law enforcement in early June, prior to the Supreme Court decision, mentioned abortion.

"These tech giants have amassed an untold amount of sensitive data about each and every one of us," according to Jesse Lehrich, co-founder of Accountable Tech.

"They will dutifully comply with subpoena requests like this in a post-Roe world."

A position that "turns their products into weapons that will be wielded against their own users," he added in an interview with the New York Post.

Messages used for a second search

For the conservative Midwestern state, abortion was illegal because performed after 20 weeks of gestation and without the participation of a doctor.

These restrictions had been enacted long before the overturning of Roe v.

Wade by the Supreme Court.

The initial messages obtained by authorities then served as the basis for a second search, according to documents obtained by Vice.

Thirteen laptops and smartphones were then seized: in total, 24 GB of data including images, messages and web history of their phones, were used.

For many observers, this case will not remain an isolated case.

According to Jake Laperruque, deputy director of surveillance at the Center for Democracy and Technology, a digital rights think tank, "Tech companies that store large amounts of exchanges and data will continue to face this situation," with more and more state warrants prosecuting abortion-related crimes.

"If companies don't want to find themselves repeatedly transmitting data for abortion surveys, they need to rethink their practices around data collection, storage and encryption," he added during the interview. from an interview with the American channel NBC.

According to his NGO, "companies must at least ensure that they demand a full legal process, that the warrants are specific and not broad, that the searches are rigorously formulated and warn users so that they can try to fight them. ".

Because Meta saves most of the data collected from users in an open manner, in clear text and without encryption for most of the exchanges: if the company wants or is forced to, all information is easily accessible.

And so far, Meta has consistently complied with requests from the authorities.

"The company has never indicated that it will not comply with law enforcement requests when it comes to abortion," said Caitlin Seeley George of the NGO Fight for the Future, which defends digital rights.

"If users were using encrypted messaging, Meta wouldn't even be able to share conversations," she told AFP.

>>> To read also: in Florida, a synagogue asserts religious freedom to defend abortion

This isn't the first time Meta services have been pinned.

Elected Democrats Amy Klobuchar and Elizabeth Warren have expressed concern over what they say is "censorship" by Meta, the parent company of Facebook and Instagram: "Reports show that many posts providing information about accessing legal abortion services have been taken down, often within minutes of going live."

According to Meta spokesman Andy Stone, it was an "example of improper application" of a policy that says it is illegal to "buy, sell, trade, give or request drugs on its networks. social".

"Content that discusses the availability and accessibility of prescription drugs is permitted," he said, saying the error was being "corrected" at the end of June.

The trial of the two Nebraska residents is scheduled for October.