Teahupoo, the Polynesian spot chosen for the surfing events of the 2024 Olympic Games in Paris, is not offered to the first comer: access to the village, difficulties of the wave, site layout... everything comes together... 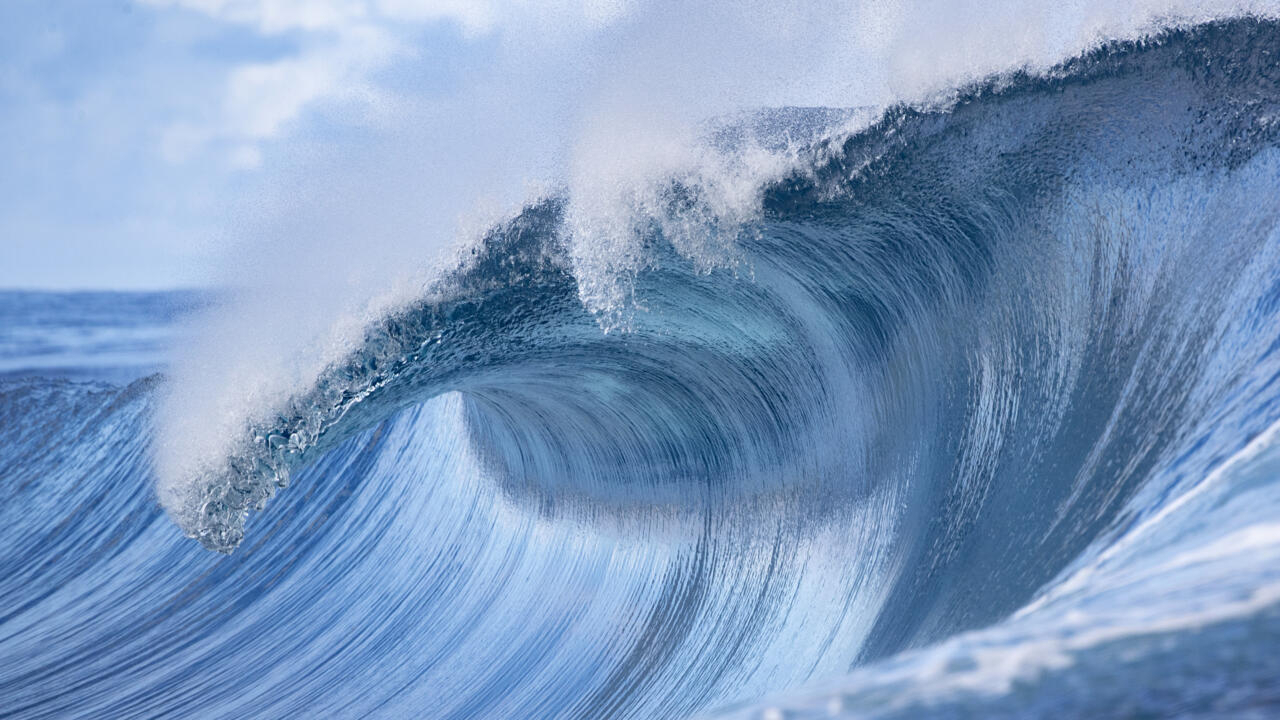 First you have to get there!

Once accomplished the twenty hours of plane from the metropolis, it is still necessary to leave Papeete, to cross the rural zones of Tahiti, to reach the peninsula and to go until the end of the road.

At the very end, up to PK0, the zero kilometric point.

There, after nearly two hours, the road ends just before a river.

A wave sculpture and a longboard standing on a small roundabout lend themselves to tourist photos.

Beyond that, a few more fares, these small local houses, simple, decorated with pareos and hanging necklaces of shells, nestled in a dense tropical forest.

Only a pedestrian bridge overhangs the river: the inhabitants do not want a bridge, even if the "living zone" of the surfers must be installed just after, for the Olympic Games.

"They will always be able to cross in 4x4s, like us, except when it rains a lot and the water rises", slips Melba Aurentz, the manager of the PK0 snack bar, where Kelly Slater, eleven times world champion, likes to taste a raw fish.

Teahupoo is a village, a wild coastline and a world famous wave, but above all it is a traditional way of life that the inhabitants wish to preserve.

Even with the prospect of the Games, Teahupoo is keen to remain Teahupoo, with a minimal human footprint on nature.

The wave is there, just opposite, a few hundred meters away.

But Teahupoo means "cut off heads" in Tahitian.

The name does not come from the wave itself, but from an ancestral village tradition.

"In ancient times, when we bathed or fished during the rahui, the forbidden period, we had our heads cut off, and a wall of skulls was displayed along the way," says Milton Parker, 48, who welcomes surfers in his boarding house.

The wave itself is called "Hava'e", but the name Teahupoo contributes to the mythos and the reef has already cracked the skulls of reckless surfers.

"Surfing this wave means taking risks, because it digs into the reef and the risk of touching it is high", explains Kauli Vaast, one of the best Tahitian hopefuls, who intends to qualify for the Games. .

He says he feels the Mana, this spiritual force coming from the ancestors and the elements.

"When you ride that wave, you see the turquoise water and the corals just below, the happy people on the boats, the mountains and the sunrise in the tube right in front of you: perfection."

Kauli Vaast and the best locals have already surfed Teahupoo at heights of over ten meters.

It is then necessary to be towed by a jet-ski to take this powerful wave.

The ideal conditions, in competition, are rather around three or four meters.

And that's what surfers on the world circuit hope to find from Thursday.

Vaast, who validated her ticket by winning the trials on Sunday, but also Michel Bourez, guest, or even Johanne Defay and Vahine Fierro on the women's side, will participate in the Tahiti Pro, the last stage of the season before the finals in September.

To appreciate the spectacle, you have to come by boat and piloting in this cramped area is quite an art.

"There can be up to twenty boats on the spot, counting the media boats, it's a great maximum of 200 people", explains Milton Parker, himself a pilot.

"You can only stand in one place, between two waves in a space of 30 meters, otherwise you can be turned around", which has already happened.

The Polynesian Minister of Sports, Naea Bennett, believes that only an accreditation system will avoid traffic jams, both on the water and on the only road that leads to the village.

"It would be too stupid if the locals couldn't go and see," worries Niré Rochette, a 42-year-old waitress whose family has always been fishing near Teahupoo.

Like many inhabitants, she especially fears that her village will be "denatured" by the constructions.

To avoid these arrangements for the Olympics, the organizers should be accommodated with locals and the athletes in a hotel to be rebuilt, 13 km from the spot, or even on a cruise ship, if the repair work is not completed.

"And for the work in Teahupoo, it's true that we may have some fears, but for the moment nothing has been done, so we're not worried," smiles Kauli Vaast.