The head of the German Interior Ministry, Nancy Feather, apologized for her July photos from the Ukrainian capital, in which she, together with German Labor and Social Policy Minister Hubertus Heil and Kyiv Mayor Vitali Klitschko, drinks champagne and laughs. 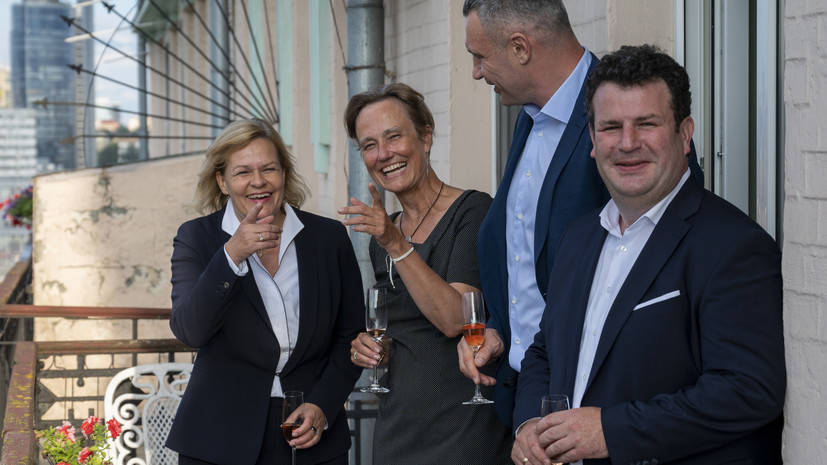 According to Die Welt, the minister had to explain himself because of these pictures at a meeting with RND journalists in Potsdam.

Feather stated that she was sorry about what had happened.

According to her, she and her colleague were invited to an evening with the Ambassador and Mayor of Kyiv Vitaliy Klitschko.

“And in the end we chose the same drink as him.

I wouldn't do that again," she said.

The minister called her act inappropriate.