“More and more drawn into the conflict”: how the Russian embassy assessed the allocation of a new tranche of US military assistance to Kyiv

By allocating another $1 billion military aid package to Kyiv, Washington continues to “pour fuel on the fire” of the Ukrainian conflict, said Anatoly Antonov, Russian ambassador to the United States. According to him, Washington's short-sighted steps give Kyiv the illusion of being able to "wear down" Russia and "win on the battlefield." As a result, the number of victims of the adventurous policy of the Ukrainian authorities is growing, the diplomat stressed. He also stated that the United States is increasingly drawn into the conflict, approaching a dangerous line in the confrontation with the Russian Federation. As he noted, this will only prolong the "agony of the Ukrainian regime." According to experts, the allocation of an unprecedented amount of weapons to Kyiv suggests that representatives of the US administration have long been a party to the conflict in Ukraine and spend huge amounts of money on this, but do not get the desired results. 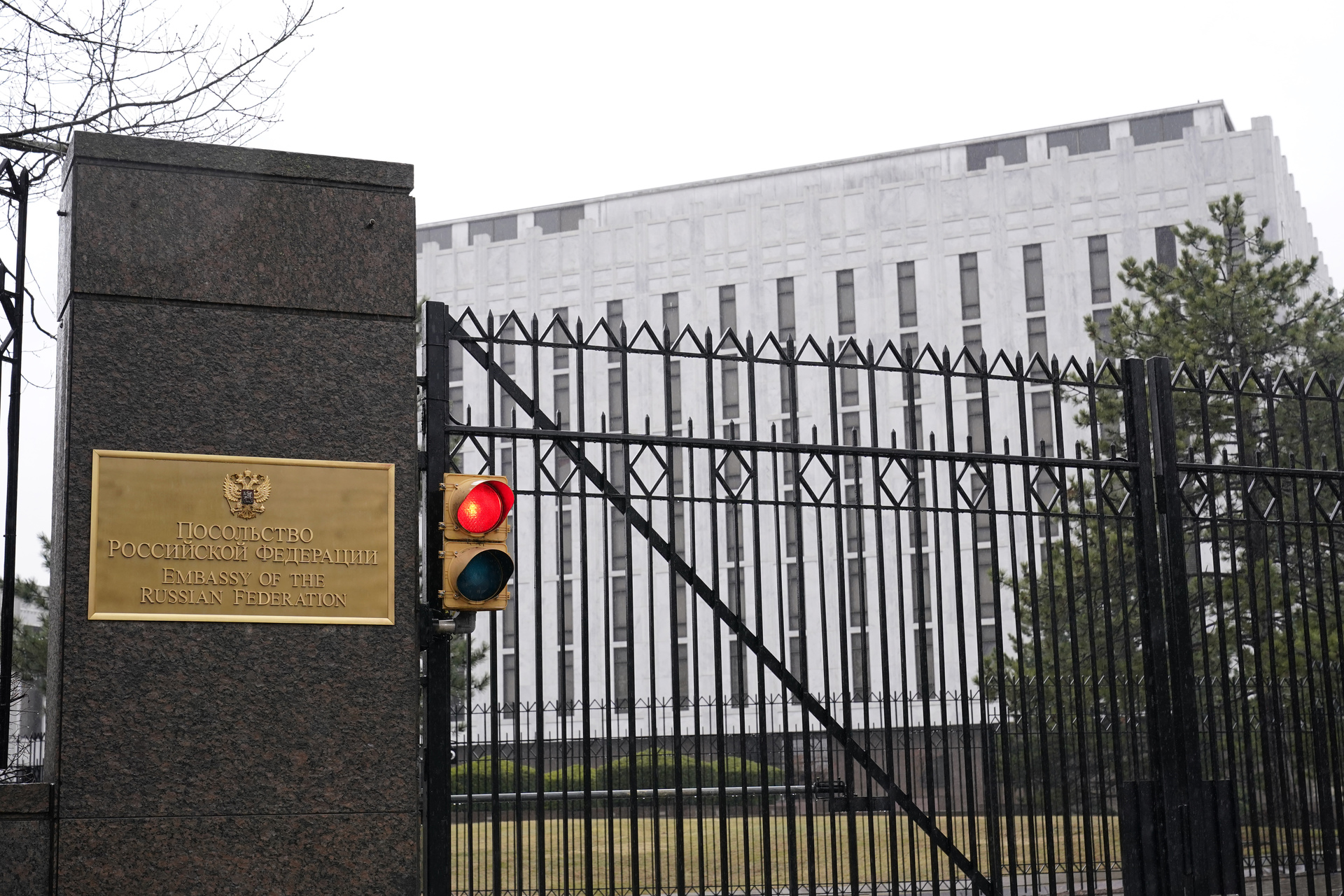 By allocating another $1 billion military aid package to Kyiv, Washington continues to “pour fuel on the fire” of the Ukrainian conflict, Russian Ambassador to the United States Anatoly Antonov said.

) confirms that the United States does not intend to listen to the voice of reason and is not going to contribute to a peaceful resolution of the crisis.

It is not clear how one can, in principle, talk about dialogue in conditions where the only goal of the United States is to prolong the conflict as much as possible, ”Antonov said.

According to him, Washington's short-sighted steps create "among unscrupulous figures in Kyiv" the illusion of the possibility of "wearing out" Russia and winning on the battlefield.

“As a result, the number of victims of the adventurous policy of the ruling class of Ukraine is growing.

The United States of America is increasingly drawn into the conflict, approaching a dangerous line in the confrontation with the Russian Federation.

Such a line will not give anything good for peace and security, but will only prolong the agony of the Ukrainian regime,” the Russian ambassador said.

As Antonov noted, the unrestrained pumping of weapons into the republic is increasingly causing concern in the United States itself.

“American experts, columnists from leading publications and ordinary citizens are asking the question: how much aid reaches its destination?

There is a lot of evidence of fraudulent schemes during the transportation of military products.

This proves that it is becoming more difficult to hush up the unsightly aspects of military assistance to Kyiv,” he said.

However, some of the American weapons still end up on the front line, Antonov noted.

“Zelensky’s militants daily carry out deadly strikes on residential areas of the cities of Donbass, and now they also expose the whole of Europe to extreme danger by attacking the Zaporozhye nuclear power plant.

We hope that these facts will open the eyes of US citizens as soon as possible to who exactly their country supports, ”said the Russian diplomat.

According to military expert Yuri Knutov, Antonov's message contains a fairly accurate analysis of the policy that Washington is pursuing in Ukraine.

“This is a really dangerous course.

The allocation of an unprecedented amount of weapons to Kyiv suggests that the Americans have long been a party to the conflict in Ukraine.

The US leadership is even sacrificing the interests of its own population, which is mired in economic and social problems caused by the wrong actions of Joe Biden and his desire to wage war to the last Ukrainian at all costs, ”the expert said in an interview with RT.

According to the Pentagon, during the administration of the 46th US president, Washington spent about $9.8 billion on military assistance to Kyiv, including $9.1 billion during Russia's special operation in Ukraine.

The Pentagon reported that they had supplied the Kyiv regime with more than 1.4 thousand Stinger anti-aircraft missile systems (SAM), 126 155 mm howitzers and shells for them, two NASAMS air defense systems, 20 Mi-17 helicopters, hundreds of armored vehicles, 200 armored personnel carriers ( BTR) M113, more than 10 thousand grenade launchers and small arms, as well as over 59 million cartridges for it.

The United States has also deployed more than 700 Switchblade drones, over 120 Phoenix Ghost tactical drones, and Puma UAVs to Ukraine.

In addition, Washington has already transferred 16 HIMARS multiple launch rocket systems to Kyiv, which the US Department of Defense called a sufficient batch.

The latest US $1 billion package for the needs of the Ukrainian authorities and the Ukrainian Armed Forces includes ammunition for HIMARS and NASAMS.

At the same time, US Deputy Secretary of Defense for Political Affairs Colin Kahl refused to answer the question during the briefing how many missiles for HIMARS are included in the new military aid package, stressing that the US does not want to "give Russia information about every smallest detail" in this way.

These are high-precision missiles with a range of about 70 km.

Over the past weeks, we have provided hundreds of such systems (shells.

But I will not specify the number within this package,” he said.

According to Kahl, this is the largest “one-time donation of American weapons and equipment” under the presidential mandate to date.

“All of these are critical tools to help Ukrainians repel a Russian offensive in the east, but also to respond to developments in the south and elsewhere,” the US Under Secretary of Defense for Political Affairs said.

At the same time, Kahl did not rule out sending “Western aircraft” to Ukraine in the future, but stressed that while the Pentagon is focused on a different type of military support, “not on something that can have an effect in a year, two, three, and so on.”

“Not getting the right dividends”

As military expert Alexei Leonkov noted in a RT commentary, Washington's new $1 billion military aid package for Kyiv once again confirms that the United States is the main beneficiary of the conflict in Ukraine.

“If there were no such supplies, then the resistance of the Armed Forces of Ukraine would have ended long ago and no one else would have died among civilians.

It should not be forgotten that the American supply of such ammunition, which is included in the new portion of military assistance, such as, for example, tens of thousands of 155 mm artillery shells, as well as guided missiles for MLRS, leads to the fact that the Ukrainian army eventually conducts terrorist attacks on territories of the LDNR,” he said.

At the same time, analysts agree that 75 thousand artillery shells of 155 mm caliber, even taking into account the losses by Kyiv of a number of M777 howitzers for which they are intended, will be enough for a fairly short period of time.

Earlier, the Military Chronicle Telegram channel calculated how quickly the ammunition supplied by the United States for the American M777 howitzers to Ukraine can be spent.

The calculations were made on the basis of the Comparative Analysis Of Contemporary 155 mm Artillery Projectiles, published by the US Field Artillery School.

Journalists took data on the supply of 108 M777 guns and 220 thousand rounds for them, as reported by the Pentagon at the time.

According to the estimates of the "Military Chronicle", on average, these reserves will last for about one and a half to two months.

Leonkov also noted that by supplying ammunition such as 120 mm mortar systems and shells for them, as well as Claymore anti-personnel mines and AT4 anti-tank systems, the United States hopes that the Armed Forces of Ukraine will be able to contain the offensive of the allied armies of Russia and the LDNR.

“Washington wants the Ukrainian military to hit Russian armored units, armored vehicles and manpower with these weapons,” the expert said.

However, according to Leonkov, despite the massive supply of American weapons, the United States is unable to change the course of Russia's special operation in Ukraine.

“The Russian Federation continues to fulfill its tasks.

The Ukrainian project has not yet brought the desired results to Washington, although the cost of it is increasing exponentially.

It is no longer a secret to anyone that Vladimir Zelensky is accused in the West of reselling Western weapons and corruption.

Perhaps for this reason, the United States no longer intends to send HIMARS to Kyiv.

Americans do not like to spend money without getting the dividends they need, ”the analyst stated.

Recall, on August 9, the Russian Ministry of Defense reported that the Russian Navy destroyed more than 300 shells for the American HIMARS MLRS in the Cherkasy region.

At the end of July, the RF Armed Forces also destroyed more than 100 HIMARS missiles in the Dnepropetrovsk region.

“If we take into account that one such projectile costs about $150,000, then the loss of only 300 such units is at least $45 million. This demonstrates the futility of Washington’s colossal spending on Kyiv,” Leonkov said.

In turn, Yuri Knutov said that when Washington was only sending HIMARS and other weapons to Ukraine, he expected that the stocks of Russian weapons, such as Kalibr missiles and other high-precision modern weapons, would run out, but he miscalculated.

“They were wrong in their predictions.

The resources of the Russian military-industrial complex are successfully coping with the tasks set in Ukraine, despite the transfer to Kyiv of NASAMS systems, which are designed to deal with Caliber cruise missiles and aircraft operating at low altitudes, ”Knutov said.

According to the analyst, CNN's information that Washington has already sent such weapons to Kyiv "may be true."

Recall that CNN, which refers to a source in the Pentagon, reported that Washington sent Kyiv high-speed anti-radar missiles AGM-88 High-speed Anti-Radar Missile (HARM), which can be used by Ukrainian aircraft against Russian radars.

The Raytheon-produced HARM missiles have a range of about 50km, according to the US Air Force, making them one of the longest-range weapons Washington has provided to Kyiv, CNN reported.

It is noted that the Ukrainian military can use these missiles to destroy Russian anti-aircraft systems, such as the S-400, as well as counter-battery radars.

“Despite the fact that Kyiv has not publicly acknowledged the fact of obtaining or using HARM, in recent days it has been reported in the media that fragments of such a missile have been found in Ukraine.

If such weapons have already been supplied or will be sent to the United States, this may lead to another round of escalation of the situation, ”Knutov noted.

He also called a "dangerous trend" statements by a Pentagon spokesman, in which he does not rule out sending Western aircraft to Ukraine.

“Such a step could lead to an even greater aggravation of the situation.

Therefore, in the event of the transfer of fighters such as the American F-16, the European Eurofighter Typhoon or the Swedish Gripen, the Russian Armed Forces will have the main task of shooting down these aircraft, ”the expert believes.

However, analysts are sure that both the current and probable deliveries of American weapons to Ukraine will not be able to prevent Russia from fulfilling the tasks of the special operation.

“The Armed Forces of the Russian Federation have every opportunity to counteract such weapons.

Moreover, the number of NASAMS and HIMARS complexes that remain with the Armed Forces of Ukraine can only cover a number of significant objects that are the highest priority for the Kyiv regime.

But American weapons in such a composition and quantity cannot significantly affect the course of the special operation, ”concluded Knutov.