[Report File] A place to look at North Korea when it rains... "When will the water come down?"

Even though the rainy season has passed, the rain does not stop. No, even record water bombs were dropped. The same goes for North Korea. In North Korea, it has been raining frequently this summer. 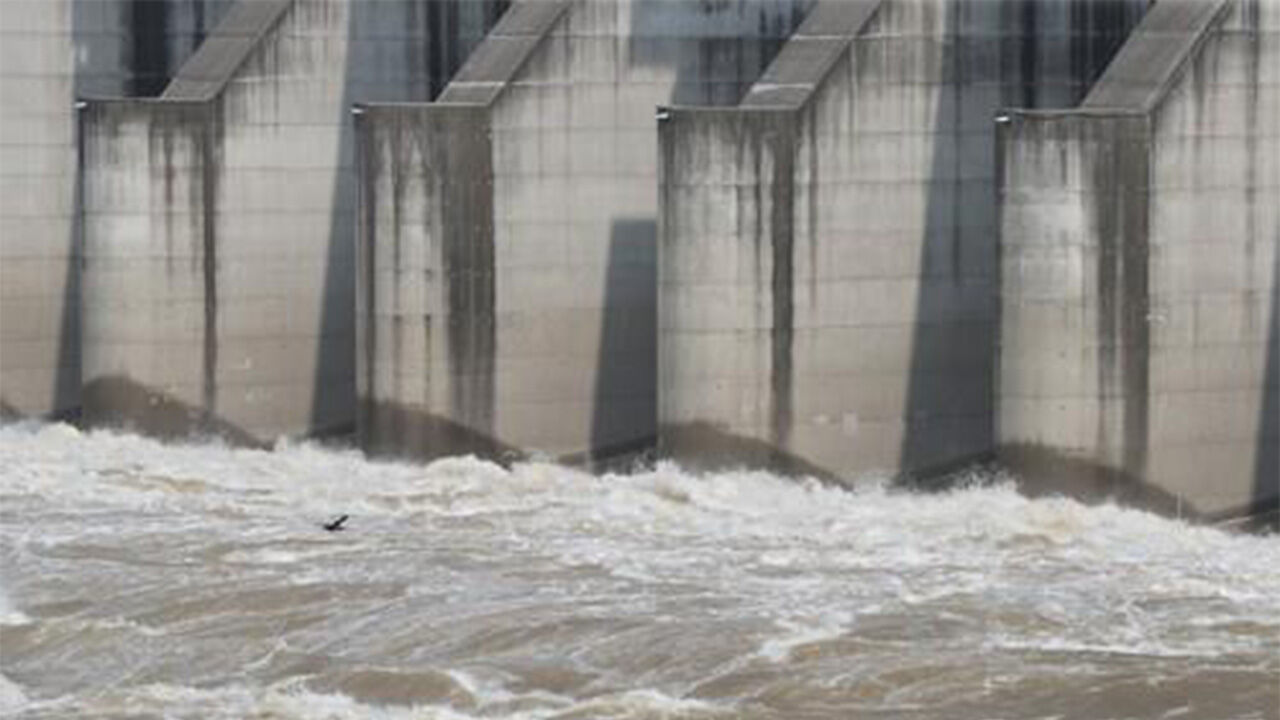 Even though the rainy season has passed, the rain does not stop.

No, even record water bombs were dropped.

The same goes for North Korea.

In North Korea, it has been raining frequently this summer.

The problem is that rain that falls in North Korea can flow to the south and damage us, but we don't know when the water will be discharged.

The Imjin River and Bukhan River are representative.

Hwanggang Dam is located in North Korea, north of the Imjin River.

It is located about 40 km north of the Military Demarcation Line, and is estimated to be 40 m high and 1,230 m long.

To the south of the Imjin River is Gunnam Dam, a flood control dam.

It is about 10 km south of the Military Demarcation Line.

However, the total water storage capacity of Gunnam Dam is 71 million tons, which is one-fifth of that of Hwanggang Dam, so there is a limit to preventing large-scale unauthorized discharge of the Hwanggang Dam.

When it rains heavily in North Korea, you have to be alert to when the water will be discharged and come down.

If North Korea discharges the Hwanggang Dam without permission, we will observe a change in water level at the Pilseung Bridge in the northernmost part of the southern part of the Imjin River.

Imnam Dam is located in North Korea, north of the Bukhan River.

The so-called Kumgangsan Dam was used in a security crisis during the Chun Doo-hwan administration by North Korea saying that it was planning to build waterworks.

It is located about 10 km north of the Military Demarcation Line, with a height of 121.5 m and a length of 710 m, with a total storage capacity of 2.62 billion tons.

The South Korean dam that corresponds to the Geumgangsan Dam is the Peace Dam.

It is located about 20 km south of the Military Demarcation Line and has a total storage capacity of 2.63 billion tons.

The Peace Dam was built by the Chun Doo-hwan government as a security risk using the possibility of North Korea's work, but it also prevented damage on our side in case of heavy rain and unauthorized discharge in North Korea.

In addition, as the risk of collapse of the Mt. Kumgang dam in North Korea was raised, it was expanded from the original 590 million tons to the current size.

As the two Koreas share rivers and damage caused by heavy rains and discharges is involved, the two Koreas have been discussing joint management of shared rivers several times.

At the time of the second inter-Korean ministerial meeting in September 2000, the two Koreas agreed to jointly promote the Imjin River flood prevention project. agreed with

In March 2004, the 8th Economic Cooperation Promotion Committee adopted the 'Agreement on Prevention of Imjin River Flood Damage'. Provision of materials was the main content.

In accordance with this agreement, in May 2004, the ROK government provided the North with 460 million won worth of equipment for field investigations, and in August 2005 delivered the results of an independent investigation in the South to the North.

North Korea also provided some meteorological and hydrological data to the South in May 2004, and in December 2005 delivered the results of an independent survey of the northern region to the South.

However, we have been refusing our proposal for a joint investigation on the grounds of 'military guarantees'.

North Korea to give advance notice of release plan

The two Koreas also agreed to notify in advance of the discharge plan of the shared river. These are the following two cases.

At the 10th Economic Cooperation Promotion Committee in July 2005, the North promised to notify the South of the plan for the discharge of the Imjin River and Imnam Dam.

In addition, at the inter-Korean working-level meeting related to the prevention of flooding in the Imjin River in October 2009, the North expressed regret over the 'Imjin River casualty accident' that occurred a month ago, and verbally agreed to notify the dam in advance to prevent a recurrence.

Here, the 'Imjin River casualty accident' refers to the incident where six Koreans were killed while camping or fishing on the banks of the Imjin River on September 6, 2009 due to the North's unauthorized discharge of the Hwanggang Dam.

In addition to those who died at the time, many campers were isolated and rescued by the sudden surge of water, vehicles were submerged, and traps and nets installed to catch snow crabs and freshwater fish were swept away.

Based on the above agreements, North Korea has also given advance notice to the ROK side when the dam is released.

So far, there have been 6 cases in which North Korea has given advance notice to South Korea, including the case of Hwanggang Dam 3 times and Imnam Dam 3 times.

However, there are far more cases of dams being discharged without prior notice. Only in the Imjin River water system were unauthorized discharges in September 2005, September 2009, August 2012, and June-July 2018. The Ministry of Unification explains that it has sent a notice to North Korea requesting notification, and that it is estimated that dozens of other unauthorized releases were made.

In addition, the government estimates that there have been several unauthorized discharges in the water system of the Bukhan River.

Oral agreements do not exist in writing, so if you look at the documented agreement of the 10th cervical spine committee in July 2005 (refer to the table above), it contains the phrase “this year at hand”, so North Korea permanently plans to release it to South Korea. Because it is not intended to be notified in advance.

Therefore, North Korea's unauthorized release should be understood not only in terms of not fulfilling the inter-Korean agreement, but also in terms of the level of cooperation between the two Koreas still falling short of this basic level.

North Korea does not respond to 'prior notice of release'

On June 28, the government delivered a request to the North to 'notify in advance if the dam is discharged.'

However, North Korea has no answer.

An official from the Ministry of Unification said, "It appears that North Korea is repeatedly discharging the Hwanggang Dam without permission depending on the precipitation situation."

Since Kim Jong-un is directly threatening the annihilation of the Yun Seok-yeol government, there is no way North Korea can give advance notice of the dam discharge.

It is unfortunate that the two Koreas are still unable to cooperate even at a basic level, even though 22 years have passed since the inter-Korean relations began in earnest with the inter-Korean summit in 2000.

Is it because the hardline conservative government in North Korea is in power now?

In the early days of the Moon Jae-in administration, as the inter-Korean summit and the North Korea-US summit were held one after another, it seemed that something would change.

This is because there was a clear limit to the progress of inter-Korean relations in a situation where the United Nations sanctions against North Korea continued because North Korea did not give up its nuclear weapons.

As long as North Korea continues to develop nuclear weapons, this situation will not change.

Now is the time to focus on 'micro pragmatism' rather than 'big discourse'.

Big discourses such as the denuclearization of North Korea, a peace regime on the Korean Peninsula, and an economic community between the two Koreas are of course important, but as long as North Korea does not give up its nuclear weapons, it is simply a discourse.

North Korea will not give up its nuclear weapons.

This means that UN sanctions against North Korea will become constant.

Therefore, it is realistic to pursue inter-Korean relations as much as possible in the context of acknowledging this.

To North Korea, it is necessary to clearly present the line of 'this is what South Korea can do as long as it does not denuclearize', and to have a 'cool' attitude that does not depend on whether North Korea responds or not.

This is the so-called 'cool inter-Korean relationship'.

Only when we think that North Korea is unlikely to use inter-Korean relations politically will the foundation for micro-pragmatism work.