In the United States, everything, absolutely everything that a president writes, must be preserved for prosperity and, if it is not a state secret, transferred to the Archives... 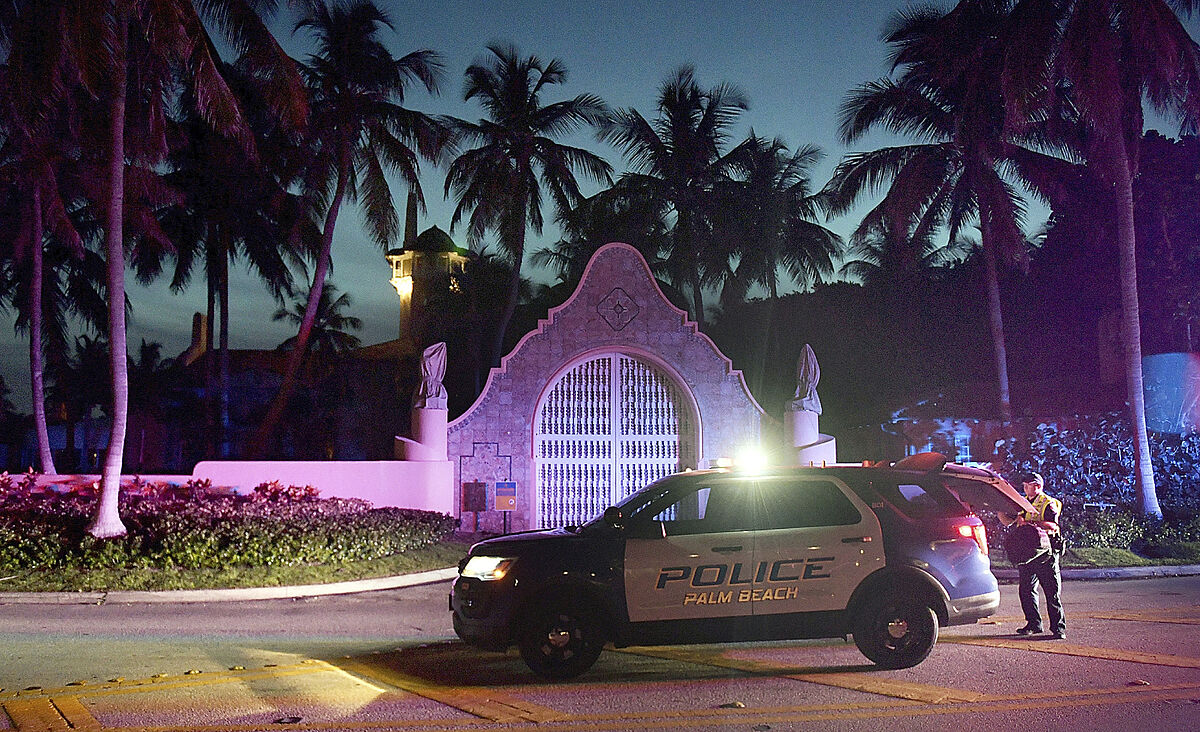 In the United States, everything, absolutely everything a president writes, must be preserved for prosperity and, if not a state secret, transferred to the National Archives.

In the strict sense of the term.

The former president has the habit of shredding the papers to tiny portions.

And then throw them in the bin.

So, during the four years of his term, those White House trash cans are transformed into unexpected archaeological sites in which his advisers had to look for chopped up papers that later had to be put together so that the archivist on duty could keep them.

Although the thing did not end there.

Soon, Trump was flushing paper down the toilet

The reasons for this attitude have never been clarified, because there is no evidence that the documents he disposed of were state secrets.

But that doesn't matter.

So everything they touch is relics.

In fact, there is even a book, published in 2004, entitled 'Presidential Doodles', which includes the drawings that the leaders of the free world make in meetings with their economists ("I don't understand anything", wrote John F. Kennedy). or the questions they address to their National Security Adviser at the UN General Assembly ("Can I go to the bathroom?" George W. Bush asked Condoleezza Rice).

But Donald Trump's 'papergate' reached a greater dimension on January 20, 2021. That day, the president had to leave the White House in compliance with current legislation, after having lost the elections to Joe Biden.

And he took with him several boxes - some say more than 15 - of official documents to his residence in Mar-a-Lago, Florida.

It's one thing to tear up papers in an obsessive-compulsive way.

The National Archives have asked him to return them.

And on August 8, just as Richard Nixon announced his resignation, a judge issued a search warrant for Mar-a-Lago.

The FBI entered and took an unknown number of documents

Among the areas the cops entered is Trump's safe, something the former president seemed to resent, judging by the emphasis he placed in the statement in which he released the search.

Trump, who is spending the summer at his club in Bedminster, next to New York, made it clear that he was going to politicize the judge's action from the start.

And the Republican Party has played along.

The one who, if he wins this formation, will be the next president of the House of Representatives, Kevin McCarthy, has already issued a statement asking the attorney general - a position that is equivalent to that of Minister of Justice in Spain - Merrick Garland to "keep all the documents and leave clear days on the calendar", because he will call you to testify.

The 'ultra' congresswoman Marjorie Taylor Greene, who is a proponent of the QAnon conspiracy theory, which claims that Trump is fighting alone against a network of pedophiles that controls the world, has called for FBI funding to be suspended.

Even Trump's rivals in the race for the 2024 Republican nomination, such as former Vice President Mike Pence, have tried to perform political tightrope walks, criticizing the record despite their well-demonstrated political and personal feud with the former president. .

So has the one who is the only person who could take the Republican nomination from Trump in 2024, Florida Governor Ron DeSantis, who has unequivocally criticized the FBI record.

Meanwhile, Justice has not said anything.

In fact, there is no evidence that Garland, or anyone else in the Joe Biden administration, knew about the judge's decision.

But that, in American politics in 2022, is irrelevant.

Trump himself, when announcing the registration, said that it was due to the "fear" of the Democratic Party

, in power, that he will compete again for the Presidency in 2024. According to the website 'Politico', in Trump's environment he speculates that the registration could even speed up the long-awaited announcement of his candidacy.

Among Republican voters, the Mar-a-Lago registration confirms the persecution psychosis that this group has and, also, the heroic character that it confers on Trump, and that exemplifies the QAnon conspiracy itself.

This is something that began to become visible in the hours after the FBI entered Mar-a-Lago, when Trump supporters began to gather around the country club.

And meanwhile, the suspense continues.

No one knows what is in those documents.

But the law is clear, and among the consequences for Trump, in theory, could be the opening of a legal, civil or criminal process, and, also, the disqualification from holding the office of president in the future.

And, in addition, we must not forget that the former president has at least five other open legal fronts, for possible crimes ranging from the assault on Congress by his followers in 2021 to the commission of financial irregularities in his companies.

Meanwhile, today, an appeals court ruled that the US Congress has the right to see Trump's Income Tax Statement, which the former president continues to refuse to disclose.