Multi-million dollar investment on a combi terminal at Torsvik

Now Torsvik south of Jönköping can get a full-sized combi terminal. During Tuesday, the ruling coalition in Jönköping presents the plans at a press conference. The proposal has existed for several years, but now the municipal management wants to get the multi-million project started which will also enable the city center in Jönköping to continue to grow southwards. 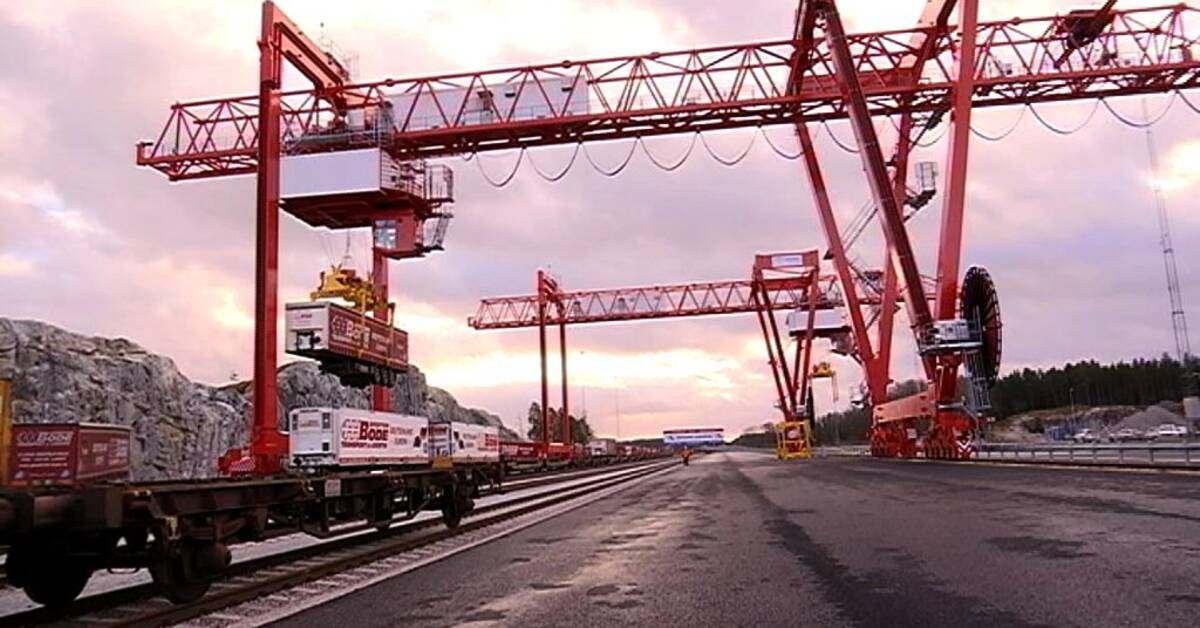 At a combined terminal, goods are easily transhipped between, for example, truck and rail, and are already available, for example, in Nässjö and Vaggeryd.

For a few years there has also been a smaller facility in Torsvik, but a full-sized facility in the large industrial area has long been on the wish list.

Now the ruling majority wants to press the start button in connection with the fact that a new electrified railway between Byarum and Tenhult has been given the go-ahead.

- We see that for many companies that want to establish themselves, rail transport is incredibly important, and now we feel that it is time, says the municipal board's chairman Ann-Marie Nilsson (C) to SVT Nyheter Jönköping.

Will help the central city grow

With a combi terminal at Torsvik, she also expects that the current railway yard at Solåsen can be closed down, and that the land can instead be used for urban development south of Munksjön.

More details about the investment will be presented at a press conference on Tuesday morning.

In the clip below, you can see how Nässjö's combined terminal works, in connection with the announcement at the end of last year that the facility will be developed with a new connection track:

In the clip, you get to go along on a tour inside the giant combi terminal.