Inconsistent data puts the US economy in doubt

America's gross domestic product shrank for the second consecutive quarter, raising fears that the country will soon enter a recession. On the other hand, the labor market is still very strong, which tells us that the economy is still healthy. 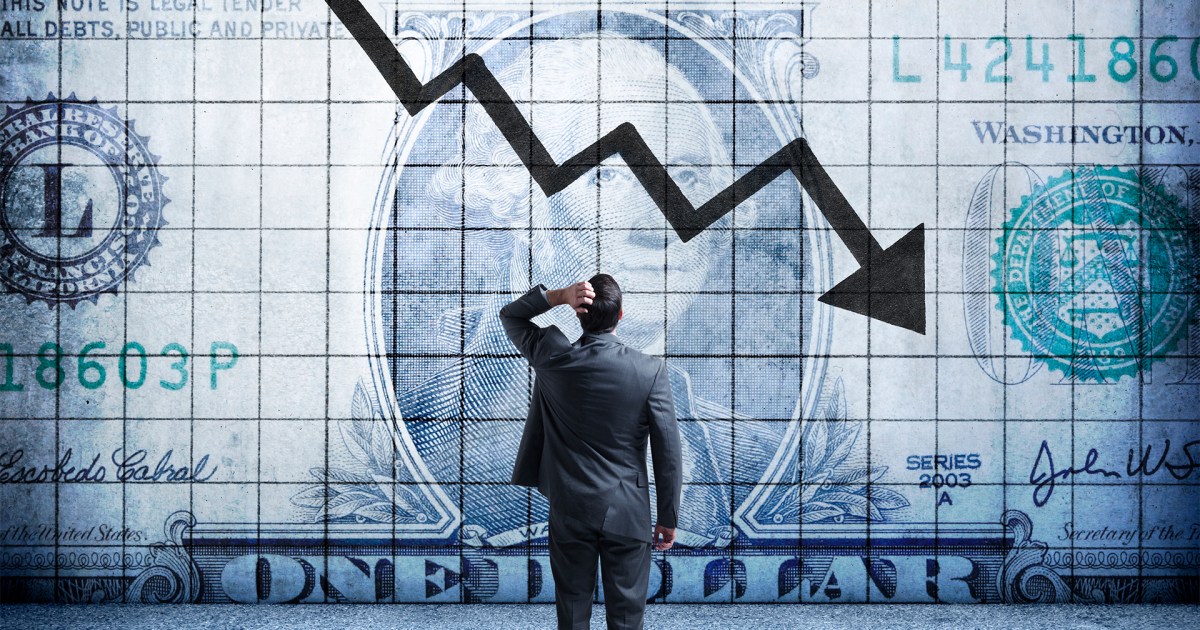 If you are confused about whether the US economy is in recession, you are not alone!

On the one hand, GDP - a key measure of economic output - shrank for the second consecutive quarter, raising fears that the country has entered, or will soon enter, a recession.

On the other hand, the labor market is still very strong, which tells us that the economy is still healthy and well.

There is no fixed rule governing what defines a recession in the United States.

Instead, the official designation is made by 8 economists who work together under the umbrella of the National Bureau of Economic Research (NBER), a private non-profit organization, and to date the description “stagnation” is not used.

Politicizing the issue of stagnation

Before the end of last month, the White House drew some criticism when several top aides to President Joe Biden insisted that the economy was not in a recession.

Many experts have accused the Biden administration of trying to change an outdated, near-consensus definition of a recession as "the decline of gross national product for two consecutive quarters."

The data of the Bureau of Economic Analysis had indicated that the gross domestic product for the second quarter of this year (April 30-June 1) decreased by 0.9%, while it decreased in the first quarter (January 1 - March 31) by 1.6 %.

Historically, since 1948, every time the gross domestic product (GDP) has declined for at least two consecutive quarters, it has been announced that the country has entered a recession.

The White House says that comprehensive economic data related to the labor market, unemployment, consumer and business spending, industrial production and income rates, should be included in the true definition of a recession.

Republicans have accused the White House of changing the definition of a recession so it can pretend we're not in a recession.

Economist Sima Shah believes that "while two consecutive quarters of negative growth is technically a recession, other economic data in the same period is not consistent with a recession."

We are not in a recession

Some experts argue that defining a recession is not easy, and extends beyond the mere duration of the downturn to its depth and spread across all sectors of the economy.

The White House and the Federal Reserve relied on this logic, and Fed Chairman Jerome Powell said he did not believe the economy was in a real recession, but rather questioned the accuracy of the GDP data. “What we have now does not look like a recession. The real reason is The labor market is sending signals that reflect the economic strength that makes you really question the GDP data.”

While economists expected the July jobs report to show a slowdown in job growth, the numbers exceeded all expectations, as the US economy added 528,000 jobs last month, the biggest jump since last February.

There is no historical precedent that indicates that an economy in a recession can produce 528,000 jobs in one month, while unemployment rates have fallen to 3.5%, which is the lowest rate since 1969.

And the numbers of job opportunities came to reflect the compensation of the American economy all the jobs that were lost due to the outbreak and spread of the Corona virus, which lasted for two whole years.

This prompted the labor market to remain a source of strength for the economy among those who believe the United States can avoid a recession.

Today, there are about two jobs open to every job seeker, along with historically low levels of layoffs.

The economy is creating more than 400,000 jobs per month since the beginning of the year, and employee salaries are growing at the same time, and this does not seem like a natural recession.

Hence, some have warned that the determination to characterize the recession according to the economic contraction for two consecutive quarters, at a time when real consumer spending continues to rise, and good numbers are received from the labor market, as it becomes too early to describe the current situation as a recession.

We are in a recession

Inflation rates during the first half of this year reached historic highs in the United States, which is eating up the strength of consumer spending.

During the month of June, average prices of goods for American consumers rose to new rates, reaching 9.1% year on year.

This prompted the Federal Reserve to raise interest rates to avoid a recession.

In the 11 times that the bank raised interest rates, it only managed to avoid a recession 3 times.

During each of those cycles, inflation was lower than it is today.

This has left some analysts and market participants nervous about a possible or already real recession.

If inflation continues at high levels, this will lead to the biggest catalyst for a recession ever, which is to continue raising interest rates, which have already totaled 2.25 percentage points, and could increase to more before the end of the year.

The Fed's monetary tightening is causing tensions in Wall Street and among consumers.

Many experts maintain that the Fed's rate hike to tackle inflation only delays the recession until we all feel it in 2023.

The difficulty of certainty about a recession

Although the National Bank for Economic Research has not announced that the US economy has entered a recession, the economy is far from getting out of the current state of uncertainty, especially with the continued rise in monthly inflation rates, and the continued increase of interest rates by the Federal Reserve, in addition to the large declines that it knows historically. US stock and bond market.

Many economists who are skeptical about a recession now say that a recession is very possible before the end of the year or at the beginning of next year.