In order to meet all its energy needs, Iran aims to build 30 new nuclear reactors 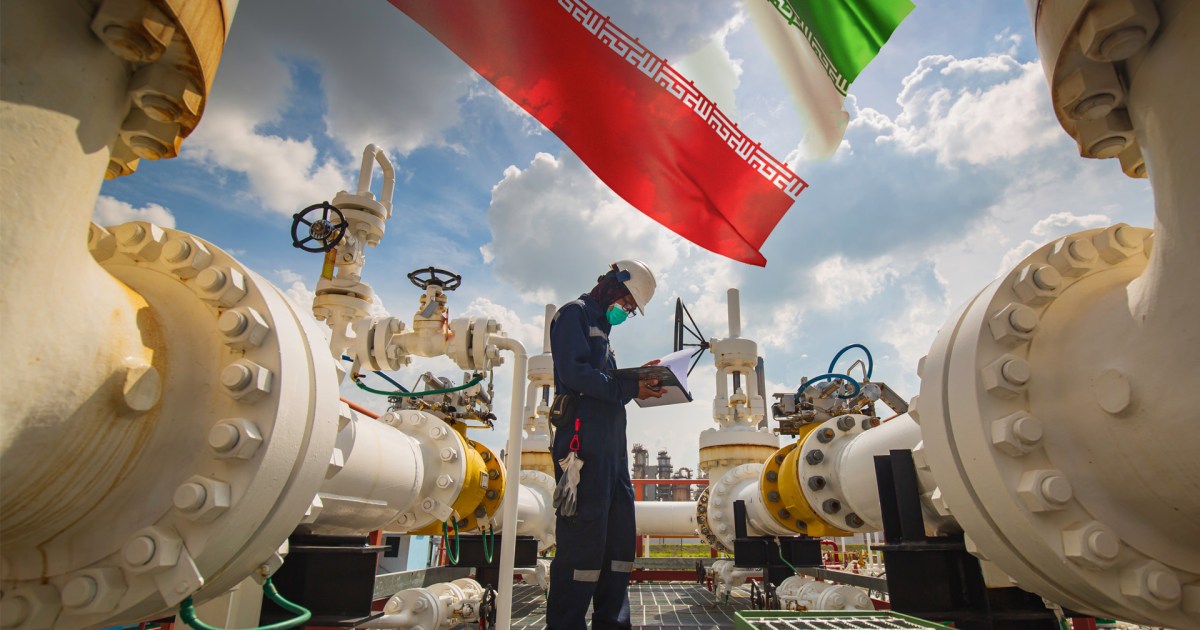 Six months after revealing a comprehensive strategic document framing its nuclear program, Iran announced, on the eve of the resumption of nuclear negotiations in Vienna, that operational operations to build a number of nuclear reactors will begin within weeks in the central province of Isfahan, stressing that the new facilities are research and its mission is to test fuel. The rest of the nuclear reactors and the production of electric power.

The head of the Atomic Energy Organization of Iran, Mohammad Eslami, revealed his country's plans to produce 10,000 megawatts of electricity from nuclear energy, stressing that increasing the capacity of local power plants is a major issue in the development of Iran's nuclear programs.

Following the increasing power outages over the past years, especially in the summer months, Iranian media recently reported that some Iranian companies and factories have stopped operating to provide energy to the domestic sector, which raised questions about the fate of the country's nuclear power production projects.

The reality of nuclear energy production in Iran

Economic researcher Gholam Reza Moghadam believes that his country, due to population growth, economic projects, air pollution crises and drought, has for years become an urgent need to increase power generation, stressing that atomic energy, as a clean energy, is a better option to help polluted cities such as the capital, Tehran.

He revealed to Al Jazeera Net that his country was able for the first time in 2013 to generate nuclear power on an experimental basis until the following year it began pumping quantities of atomic electricity into its interconnected electricity distribution network, and that the volume of nuclear energy in the country amounted until this summer to more than 52 billion kilowatts / hour. .

Moghadam confirmed that his country's Atomic Energy Organization had planned to establish nuclear power generation units with a capacity of 10,000 megawatts in accordance with the strategic document for the nuclear industry, but he ruled out that these projects would end soon, stressing that Tehran needs huge foreign investments to implement its giant projects in the nuclear energy sector.

On the occasion of the National Day of Nuclear Technology (April 10), Iranian President Ebrahim Raisi announced the construction of a 360-megawatt nuclear plant in the Darkhoen region of Khuzestan province, in the southwest of the country, stressing that the plant will be built with purely local expertise.

Exploiting the nuclear program to save energy

Economic researcher Gholam Reza Moghadam believes that Iran's oil and gas wealth is limited, and that excessive extraction and consumption will expose the country to a large energy deficit in the future, which confirms the need to search for alternative solutions, stressing that Tehran has previously studied reliance on nuclear energy for development, and that The results were meaningful.

He attributed the reason for Tehran's insistence on developing its nuclear program to its many benefits in the fields of energy, agriculture, medicine, water desalination and other industries, stressing that nuclear energy is the most permanent, the highest quality and the cheapest compared to other methods used in generating electricity and addressing pollution crises as a result of burning diesel.

Referring to the Iranian economy besieged by US sanctions, Moghadam said that a number of neighboring countries are in dire need of energy, and that Tehran is actively seeking to provide these countries with electricity and gas and to compensate for the losses incurred by the national economy in the past years as a result of the sanctions aimed at zeroing its oil exports.

The head of the Atomic Energy Organization in Iran, Mohammad Eslami, announced last month that the volume of atomic energy that has been pumped into the electricity grid during the past years amounts to about 85 million barrels of oil.

Iran's regional and international position in the production of atomic energy

The Iranian researcher in energy affairs, Askar Sarmast, said that Tehran is a pioneer in launching atomic energy generation projects in the Middle East, explaining that his country is currently ranked second after the United Arab Emirates in the production of atomic energy.

He added to Al-Jazeera Net that his country is working to raise its production capacity of energy during the next two decades within the policy of diversifying energy sources, stressing that atomic energy constitutes about 11% of the total energy in the world, and that a number of Western countries, especially France, Slovakia and Ukraine, have come a long way in Production of nuclear energy, and many western and eastern countries have developed plans to build nuclear power plants.

And the European Union’s statistics agency, Eurostat, revealed earlier this year that nuclear energy in Europe generated nearly a quarter of electricity in 2020, equivalent to 684 TWh, as the European Union’s leading nuclear countries – such as France, Germany and Spain – produced and Sweden - more than 3 quarters of the total figure.

He stressed that his country is able to achieve a breakthrough in the construction of nuclear power plants in the coming years, provided that it has the necessary will, adding that the time required to build each nuclear power station will not exceed 6 years, and that it needs capital equivalent to the cost of building an oil refinery, which He asserts that Tehran is able to advance in the production of atomic energy due to the availability of human and technological capabilities.

Iranian researcher Askar Sarmast confirms that the triad of freezing, technology change and sanctions are the most important reasons behind the delay in some Iranian nuclear projects, and pointed out that his country's nuclear program had begun in the fifties of the last century, when Shah Muhammad Reza Pahlavi signed cooperation agreements with Western powers, but the program stopped After the victory of the Iranian revolution.

He added that in the nineties of the last century, after Western powers refrained from continuing the nuclear projects they had begun in Iran, Tehran was forced to change Western technology with its eastern counterpart, and signed a formal contract with the Russian side, which led to the slow implementation of nuclear projects during the past years, especially after Impose Western sanctions on its nuclear program.

Iranians are divided over the feasibility of Tehran's nuclear projects between those who see them as necessary to advance the national economy, and others who believe that the nuclear program has cost the country dearly, and that it may lead to an arms race in the region.

Sarmast sees the development of nuclear power plants as necessary for Iran in light of the drought crises, environmental pollution and US sanctions on its oil exports, stressing that Tehran has no choice but to work on diversifying its energy sources.

He added that his country has been suffering for years from water scarcity and drought, and that nuclear power plants are capable of raising the need for desalinated water in the southern regions.

On the other hand, political economy researcher Youssef Akandeh believes that the costs of the nuclear file outweigh its benefits, and that the country has lost its geopolitical advantage as a result of this program because it encouraged neighboring countries to launch nuclear programs in order to compete with Tehran.

However, in his speech to Al-Jazeera Net, it was possible to reduce the tension as a result of the Iranian nuclear program and prevent the aggravation of Tehran's relations with regional and international countries.

Akandeh concluded that he does not deny the economic advantages of nuclear projects in his country, but they are not sufficient to advance the national economy because it is besieged by the nuclear file, explaining that diplomacy is enough to defuse the tension over the Iranian nuclear program, and urged his country to revive the nuclear agreement to put an end to the continuous economic bleeding due to sanctions. nuclear.