Just over two weeks ago, a fisherman made a historic find at the bottom of the dried-up River Po in Italy. He found a 450 kilogram bomb from World War II. Now the bomb has been detonated by the army. 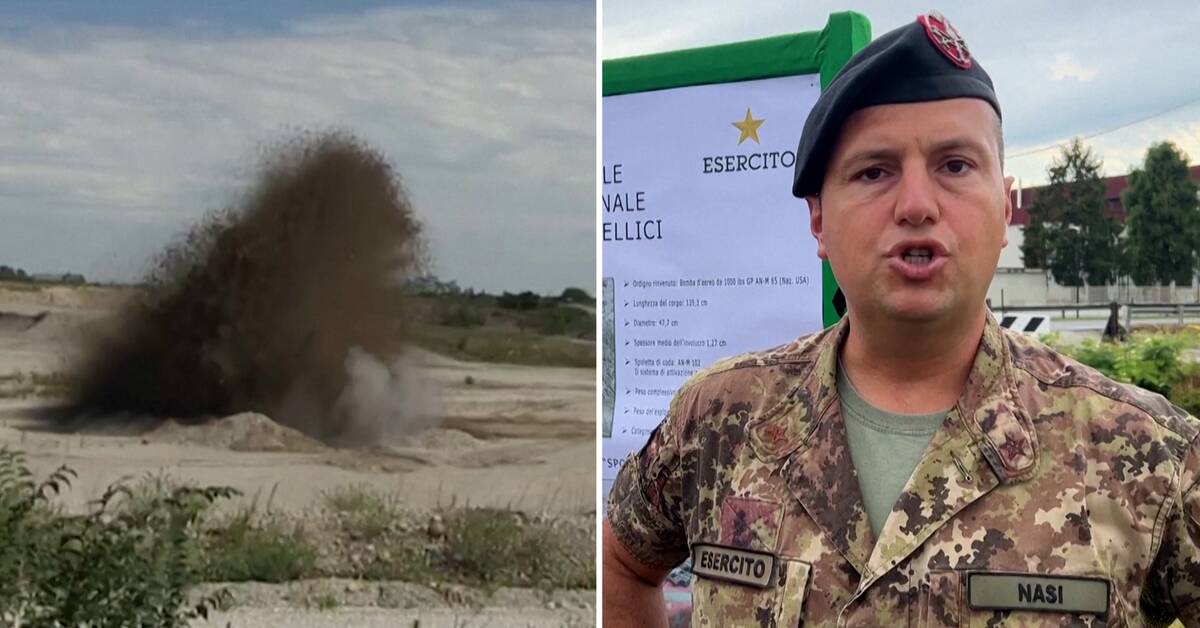 This summer, Italy was hit by the worst drought in 70 years.

One of the consequences is that one of the country's largest rivers, the Po, has dried up.

On July 25, a passing fisherman found a World War II bomb on the bottom of the river.

On Sunday, the Italian army carried out a controlled detonation of the bomb.

In order for the explosion to be carried out safely, 3,000 people, residents of the vicinity of Borgo Virgilio in northern Italy, had to be evacuated.

See more about the historic find in the clip above.