On the third day of the attack on Gaza... 8 martyrs were pulled out from the rubble in Rafah and the occupation resumed raids

At dawn today, the Israeli raids on the Gaza Strip were renewed, which left more than 32 martyrs, while Al-Quds Brigades confirmed the death of the commander of the southern region, Khaled Mansour, as a result of Israeli shelling in Rafah. 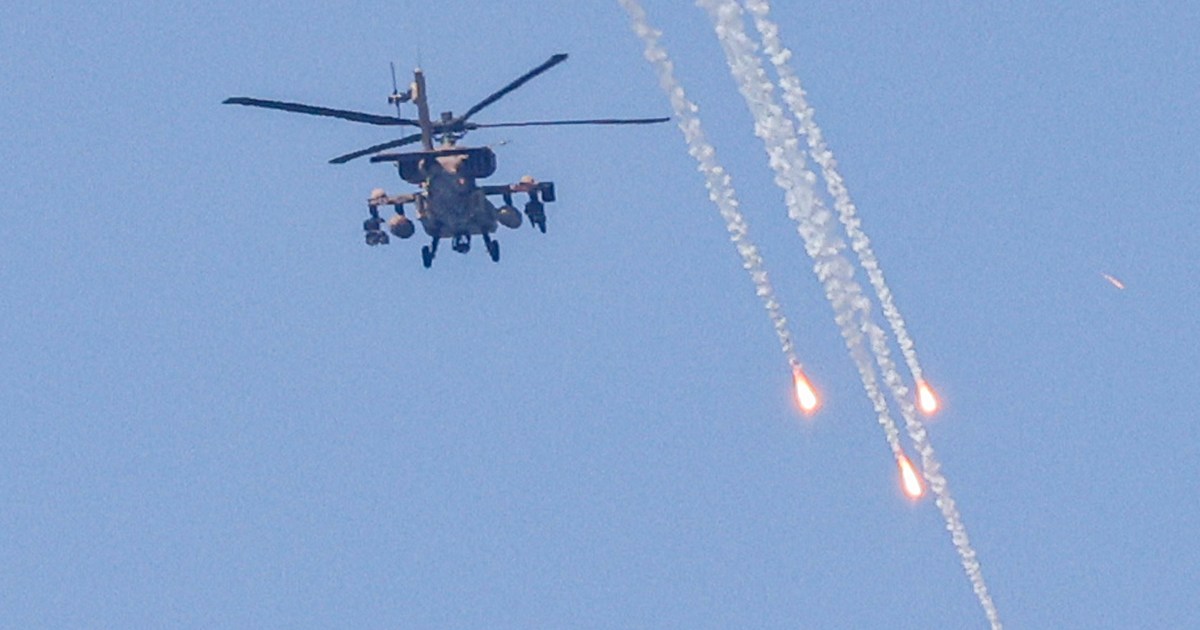 Today, Sunday, the Ministry of Health in Gaza announced that the number of martyrs in the Israeli bombing of the Gaza Strip has risen to 32, including 6 children, and the wounded to 215.

And renewed at dawn today, the Israeli raids on the Gaza Strip, after they had inflicted 14 martyrs, including children, and dozens of wounded the previous day, while Saraya Al-Quds - the military wing of the Islamic Jihad Movement - confirmed the martyrdom of its prominent leader, Khaled Mansour, as a result of Israeli shelling in Rafah.

Al-Jazeera correspondent reported that at dawn today, the Israeli occupation aircraft fired a missile at a house east of a city in the southern Gaza Strip.

The raid came as the Israeli attack on Gaza entered its third day.

This morning, the Civil Defense in Rafah, in the southern Gaza Strip, announced that its members had retrieved the bodies of 8 martyrs from under the rubble of a residential building that had been destroyed by an Israeli raid.

The Civil Defense in Rafah said that the Israeli bombardment yesterday evening, without warning, targeted a 3-storey building, which led to its complete destruction.

A medical source had previously stated that about 40 people were wounded in the raid on Rafah.

In turn, Palestinian sources announced the death of 6 Palestinians, including 4 children, and the wounding of 15 others yesterday evening in the center of Jabalia camp in the northern Gaza Strip, while the Israeli army said that its last attack in Jabalia was in broad daylight, claiming that the dead children were victims of a wrong launch of a Palestinian missile.

Hours before it was announced that the martyrs had been pulled out of the rubble in Rafah, the Ministry of Health in the Gaza Strip reported that the number of martyrs had risen to 24, including 6 children, while 203 were wounded, since the beginning of the Israeli raids on Gaza.

In another development, Al-Quds Brigades announced at dawn today the martyrdom of Commander Khaled Mansour, a member of the Military Council and commander of its southern region, as a result of an Israeli raid on Rafah.

The Israeli Broadcasting Corporation reported that the army assassinated Mansour in an air strike that targeted him yesterday evening in Rafah, while the Israeli army said earlier that it was still not completely sure of the death of Khaled Mansour, but his two companions who were with him in the hideout were killed.

Khaled Mansour is considered one of the most prominent leaders who took over the organization of the military structure of the Al-Quds Brigades, and was always on the wanted list of the Israeli occupation.

The martyr joined the ranks of the Islamic Jihad movement with the start of the first intifada in 1987, and he rose to become one of the leaders of the first row.

He is among those behind the planning of the operations carried out by the Al-Quds Brigades, and in recent years he has taken over the logistical aspects by providing the raw materials and tools necessary for the manufacture and development of local missiles.

Last night, Al-Quds Brigades confirmed the death of Ziad Al-Mudallal, son of the movement's leader, Ahmad Al-Mudallal, as a result of an Israeli raid.

The head of the Operations Division in the Israeli army spoke of killing senior Islamic Jihad officials since the start of the raids on the Gaza Strip, noting that the operation against the Gaza Strip would continue for a few more days.

And rocket fire continues from Gaza towards Israeli cities and towns, at a time when the Israeli army threatened to deal the Islamic Jihad a fatal blow.

Al-Jazeera correspondent reported that sirens sounded yesterday evening in Tel Aviv, and Iron Dome intercepted a missile over the city. The reporter also reported that Iron Dome also intercepted rockets fired from the Gaza Strip towards the settlement of Nahal Oz, east of the Strip.

Al-Jazeera correspondent in Gaza also reported that rockets were launched yesterday from the Gaza Strip towards Israel, while the Iron Dome intercepted dozens of rockets.

Al-Quds Brigades said that they bombed the Nahal Oz military site with a number of mortar shells, and the correspondent reported that sirens sounded at the Kerem Shalom crossing in the southern Gaza Strip.

Israeli media revealed that a barrage of rockets targeted the settlements of Netivot, Eshkol and Sderot in the Gaza envelope, and sirens sounded in the Third Eye settlement.

Al-Quds Brigades said that they targeted the town of Sderot in the northern Gaza Strip with 10 missiles.

On Friday, the occupation army announced the start of a military operation in the Gaza Strip under the name "Al-Fajr al-Sadiq", targeting positions and leading figures affiliated with the Islamic Jihad movement in the Strip.

Israel has threatened to expand its operations in Gaza if the Islamic Resistance Movement (Hamas) intervenes and supports Islamic Jihad.

For its part, Al-Quds Brigades of the Islamic Jihad announced the launch of the "Unity of Squares" operation, which began on Friday evening, in response to the aggression.

IDF Chief of Staff Aviv Kohavi said that they are at the culmination of an operation aimed primarily at protecting the citizens of Israel and its sovereignty, adding that it is time to deal a fatal blow to the Islamic Jihad movement, as he put it.

After hours of calm on Saturday morning, the Israeli occupation warplanes intensified their bombardment on the Gaza Strip, targeting sites of Al-Quds Brigades, and destroying houses in separate areas of the Strip.

The army added - earlier - that it launched 30 raids on more than 40 targets belonging to the Islamic Jihad movement, and fired 55 missiles and shells during the first day of the operation.

He stated that among the targets hit by the raids were: 5 rocket launchers, 6 workshops for the production of weapons, 2 warehouses for storing rockets, and one warehouse for storing mortars, in addition to 6 monitoring sites belonging to the Jihad movement.

On the other hand, Al-Quds Brigades announced the implementation of a joint operation with the National Resistance Brigades, the Mujahideen Brigades, and the Al-Aqsa Martyrs Brigades (the military wing of the Fatah movement).

An Israeli army statement also stated that Islamic Jihad fired about 160 rockets towards Israel, about 130 of which crossed the border into Israel, while Iron Dome intercepted 60 shells and missiles, and the rest of the shells landed in open areas or in areas that do not need to be intercepted, according to what was stated. in the statement.

And Al-Quds Brigades said - earlier - that it bombed Tel Aviv, Ben Gurion Airport, Ashdod, Beersheba, Ashkelon, Netivot and Sderot with 60 missiles, and announced the targeting of Israeli vehicles at a military site in Fajjah on the Gaza border.

The Israeli army said that 350 rockets and mortar shells had been fired from the Gaza Strip towards Israel since the operation began.

The Yedioth Ahronoth newspaper reported that a missile fell on a factory in the Eshkol region, and that a fire broke out in the place.

Director of Al Jazeera's office in Jerusalem, Walid Al-Omari, said that the information available from the official authorities indicates that 40 Israelis have been treated since the Al-Quds Brigades began targeting Israeli areas, but most of them were injured either as a result of the stampede while running to the shelters or because of terror.

The Magen David Adom (an official Israeli ambulance) confirmed that 4 Israelis were injured while running towards shelters after sirens sounded, after rockets were fired from Gaza.

In a related context, part of a missile fired by the Iron Dome anti-missile system landed near the emergency department of Barzilai Hospital in Ashkelon (south), according to the same source.

On the other hand, the Israeli army said that it is verifying the infiltration of Palestinians into the settlement of Eliezer in the West Bank, and called on the residents to stay in their homes.