He was always on the wanted list of the occupation.. Get to know Khaled Mansour, who was assassinated by Israel in Gaza

The Israeli occupation announced the assassination of Khaled Mansour on the second day of its aggression on Gaza, and he is one of the most prominent leaders who took over the organization of the military structure of the Al-Quds Brigades, and he was always on the wanted list of the occupation. 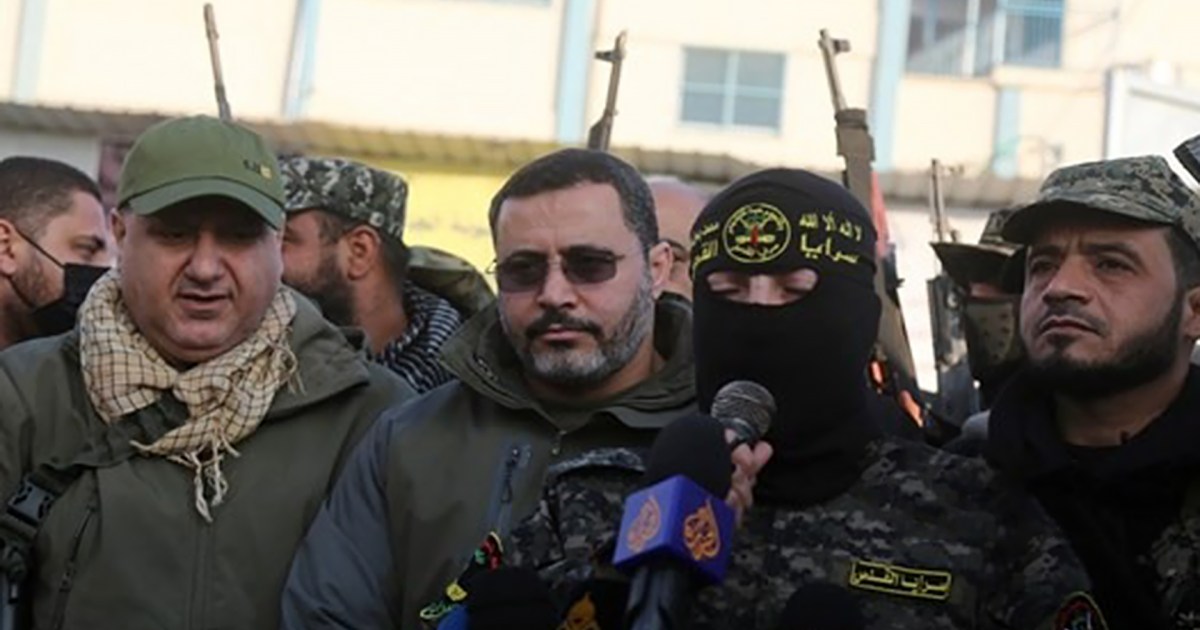 Al-Quds Brigades (the armed wing of the Islamic Jihad Movement) confirmed this morning, Sunday, the news of the assassination of the Israeli occupation, Khaled Mansour - one of its most prominent leaders - in a raid targeting him in the city of Rafah (south of the Gaza Strip).

And Saraya al-Quds said - in a statement - "Our martyr, the great commander Khaled Saeed Mansour, a member of the Military Council and the commander of the southern region, who rose as a result of a Zionist raid targeting him yesterday evening, bled in the city of Rafah."

Yesterday, Saturday, the occupation army announced that it had assassinated the leader, Mansour, after targeting him in the city of Rafah.

And the occupation - in a statement - said, "In the qualitative and joint operation of the (Israeli Defense Forces) and (General Security Service) Shin Bet in the Rafah area, Khaled Mansour, commander of the southern region of the Islamic Jihad movement, and one of its most prominent leaders, was targeted."

This is the second assassination carried out by Israel of a leader of the "Islamic Jihad" movement inside the Gaza Strip in two days, after it killed Taysir al-Jabari, a prominent leader in "Al-Quds Brigades" last Friday.

The Ministry of Interior in Gaza said that its teams retrieved the bodies of 7 people - including a 14-year-old child and two women - from the house where Mansour was targeted in Rafah.

Who is Khaled Mansour?

The website said that Mansour was supervising the implementation of many of the "jihadist operations that Al-Quds Brigades waged against the enemy."

He added that Mansour was subjected to several assassination attempts, all of which failed.

According to other websites close to the "Jihad" movement, Mansour joined the movement's military arm in 1988, when it was known as the "Islamic Mujahideen Forces (section)".

She said that he was considered the "mastermind of martyrdom operations during the Al-Aqsa Intifada 2000-2005". She mentioned that he had survived repeated assassination attempts, the most dangerous of which was in 2014.

She indicated that Mansour was responsible for developing the infrastructure of the Al-Quds Brigades, especially in the field of manufacturing local missiles.

Israel accuses Mansour of overseeing many of the attacks launched by the Al-Quds Brigades against it during the past years.