After the Supreme Court's decision to overturn abortion rights and Florida's new "don't say gay" law, the debate about LGBTQ rights in the United States has intensified. Now several organizations worry that the right to same-sex marriage may be next in line when Congress votes on a new bill. - We cannot take any rights we have for granted, says Pär Viktorsson Harrby, director of operations at RFSL. 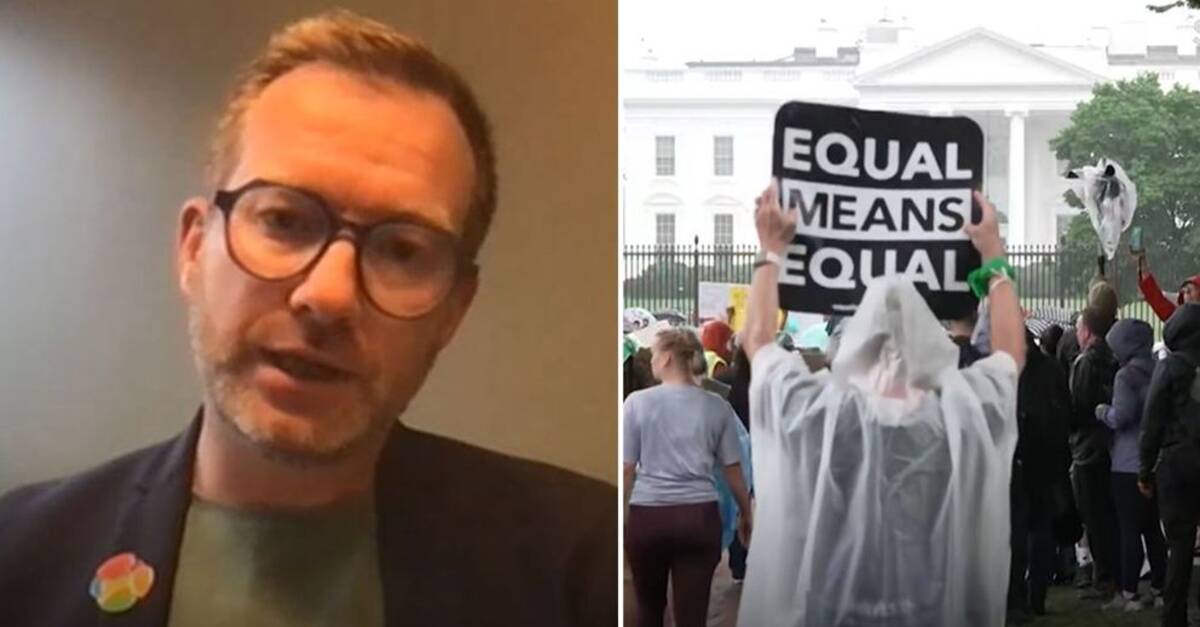 It is the Democrats in the USA who have produced the bill "Respect for marriage act".

- This means that states are forced to recognize marriages that have been approved in another state, which in practice protects gender-neutral marriage throughout the United States, says Pär Viktorsson Harrby at RFSL, the National Association for the Rights of Homosexuals, Bisexuals, Transgenders, Queers and Intersex Persons.

The bill to protect same-sex marriage, or gender-neutral marriage, comes, among other things, after a statement by Thomas Clarence, a conservative justice of the United States Supreme Court.

In connection with the repeal of national abortion rights, Clarence stated that judgments granting the right to same-sex marriage and relationships should also be reviewed.

One of the judgments that Clarence referred to was the one from 2015 that allows all couples, regardless of gender, to marry in all of the US states.

The new bill "Respect for marriage act" would serve as an enhanced protection of that right.

Could be no in the senate

Since the United States Congress consists of two chambers, the House of Representatives and the Senate, the bill needs a majority in both chambers.

- So far, it has passed in the House of Representatives, where the Democrats have a majority and where some Republicans have also supported.

But it is not likely that it will pass in the Senate where 60 out of 100 votes are required and not enough Republicans seem to support this, says Viktorsson Harrby.

What happens if the proposal does not go through?

- Right now it's just like in Sweden in the USA.

It's gender-neutral marriage that applies to everyone and that ruling hasn't been overturned, so for now it's hypothetical.

But there is a risk that you do what you have done with the right to abortion and let the states decide whether there should be gender-neutral marriage or not, explains Viktorsson Harrby.

Affects the outside world

According to Viktorsson Harrby, the USA's position on LGBTQ issues also has a great influence on other countries.

- What happens in the US has a big impact all over the world.

It will be much more difficult to run LGBTQ dishes globally.

It sets a bad example that may wrongly inspire other states.

Hear Pär Viktorsson Harrby, director of operations at RFSL, tell more about LGBTQ rights in the US in the clip above.