The private holidays of the Royal Family start in Marivent

The countdown has begun. This Saturday, at nine o'clock at night, Felipe VI will preside over the delivery of the trophies to the winners of the 40th edition of the Copa del Rey Mapfre de... 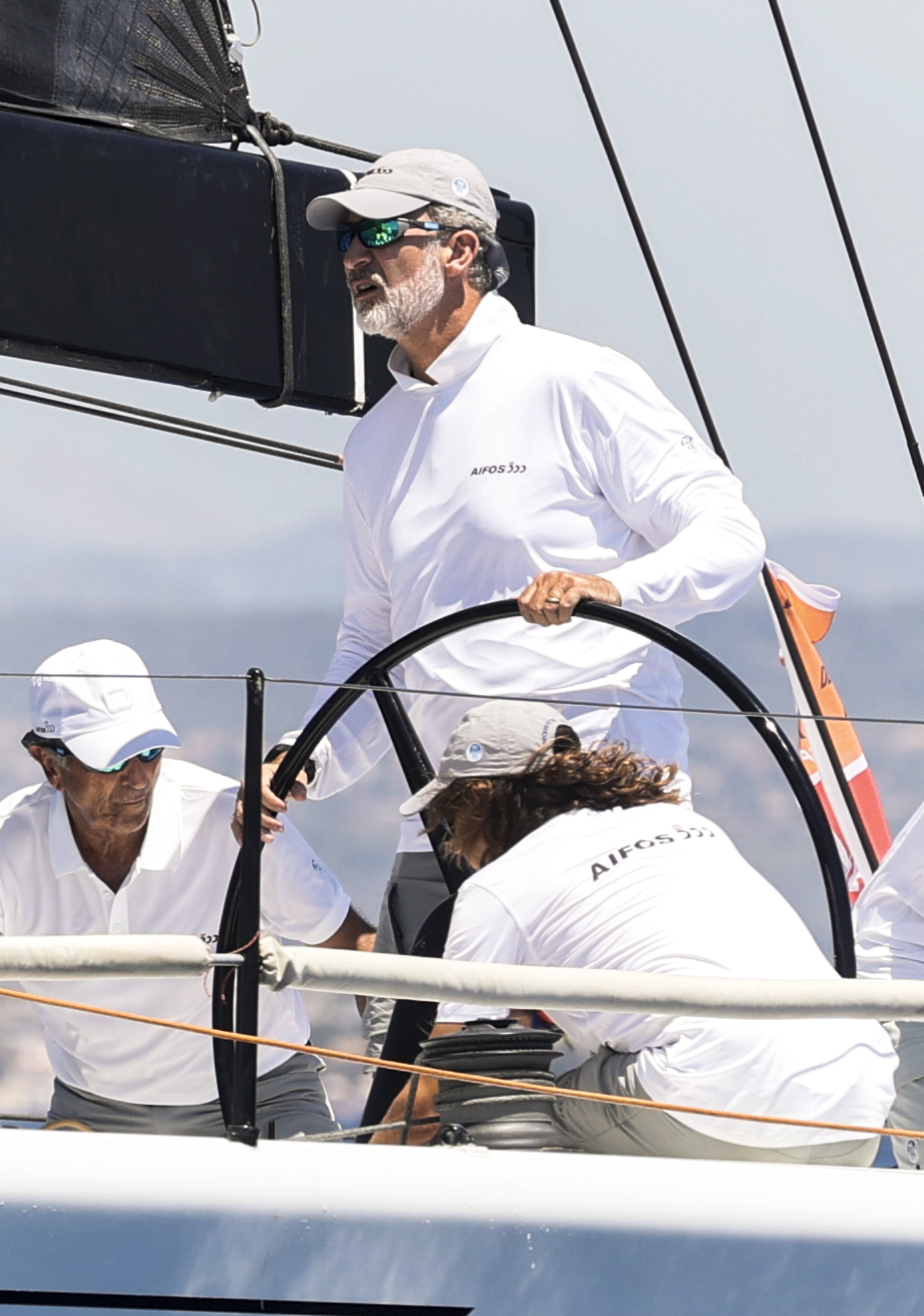 The countdown has begun.

This Saturday, at nine o'clock at night, Felipe VI will preside over the delivery of the trophies to the winners of the 40th edition of the Copa del Rey Mapfre de Vela.

A ceremony that will barely last half an hour and in which neither Don Felipe nor his team will receive trophies, since not even a surprise will get them on the podium.

After the appointment, the Monarch will go to the Son Sant Joan airport and board one of the Armed Forces planes

Far from beginning an idyllic vacation touring the area there, he will attend the

of Gustavo Petro in Bogotá.

A trip of just 24 hours in which he will meet with the incoming and outgoing presidents and will also receive a representation of the Spanish community.

On Monday, as planned, he will be back in Son Sant Joan and, therefore,

, where as a novelty the Family plans to set up its summer base next week.

From the success of the sobrasada to the happiness of Doña Sofía for enjoying it with her granddaughters, this was the reception at Marivent

From the success of the sobrasada to the happiness of Doña Sofía for enjoying it with her granddaughters, this was the reception at Marivent

Because everything has changed in this summer of the Royal Family.

With the end of the pandemic, the King and Queen and their daughters have resumed the summer in Palma with a week of

It has been a few days of work that began on July 29, when Don Felipe received the island's authorities in audience.

Since then, Doña Letizia had a solo act;

the family posed in the Cartuja de Valldemossa and on Thursday, finally, they received civil society in Marivent, in the first opening of the palace.

Meanwhile, Felipe VI has appeared every day of the week, either for the Copa del Rey, or for institutional commitments.

But after Colombia other novelties arrive at the House.

First because Queen Doña Letizia and Doña Sofía face a weekend together, but not riots.

Because the mother of the King lives in the main palace and Doña Letizia Son Vent, a residence for the then Princes, at a sufficient distance in the complex so that the houses

do not see each other

company of her granddaughters

in Marivent, because at the close of this edition they had not made any outings together outside the Palace walls.

For next week, the agenda of the Royal Family is clear, although as they will remain in Palma they will make outings and acts typical of those who are on vacation.

Despite the fact that from the House

there is no information

about what is going to happen in the next few days, on Wednesday the 10th Marivent will find a peace typical of the holidays.

will leave the military base for Madrid.

In Marivent, the minimum security personnel and assistants of the Royal Family remain to

Everything in Palma, because if the forecasts are met, the Family will spend this year, at least publicly,

more time than ever on the island

where Don Felipe has spent the summer since he was five years old.

Thus, if the custom since they came to the Throne in 2014 was to spend a few days before starting the so-called private vacations, it is expected that this summer will remember those in which the Royal Family equated vacations to a stay in Marivent.

In the times of Don Juan Carlos, the stay on the island was not constant,

they came and went,

but they did try to appear in public regularly so that there was the feeling that the House used Marivent.

Something similar will happen next week, when the King and Queen will continue on the island without official activity, but with the

peace of mind for many

of knowing where they are during the vacation period.

The reception of any other authority is not expected, nor will it transcend if there will be guests in Son Vent.

arrived in Mallorca yesterday on a private plane to spend a few days with her husband and her important entourage.

They are in a farm in Sóller and although last May they were with the King and Queen on the state visit to Madrid, there is no forecast that they will be seen in public these days.

The time that the Kings will remain in Mallorca is not known.

But it is known when the Heiress

will end her vacation,

since the course begins in Wales on August 26.