Almost all abortions are stopped in Indiana

The American state of Indiana becomes the first with stricter abortion laws since the Supreme Court overturned the Roe v. Wade ruling that guaranteed abortion rights throughout the country. Both houses of the state Congress voted Friday in favor of the bill, which received swift approval from Gov. Eric Holcomb. 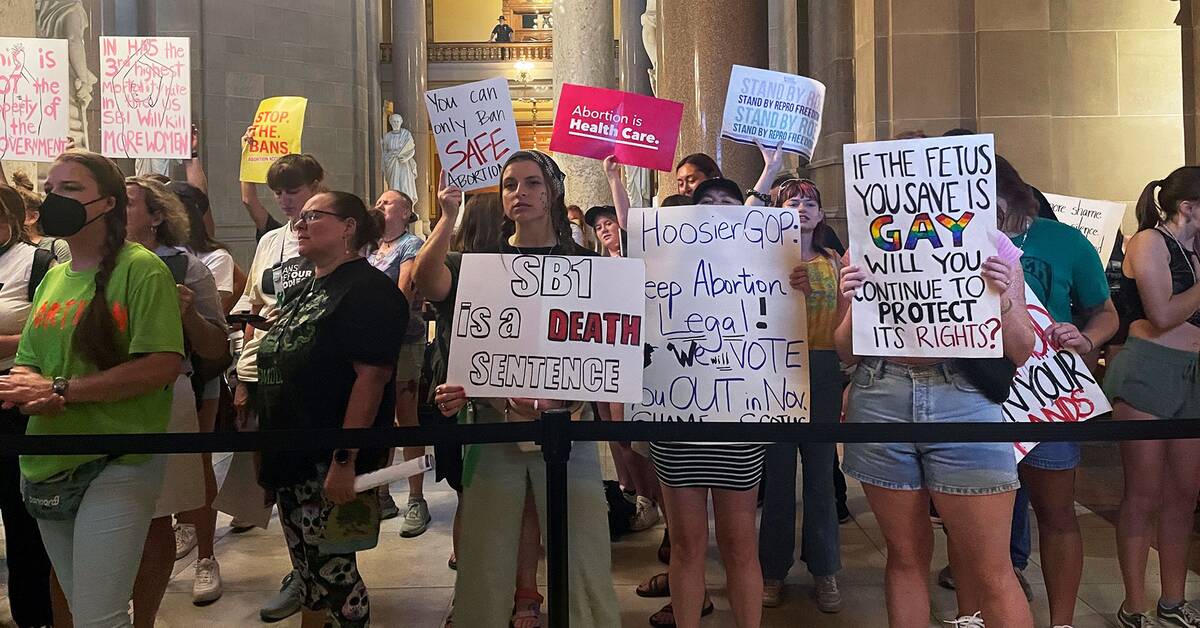 According to the bill, abortions are completely banned in the state.

Exceptions are made for rape and incest before week 10, if the mother's life is in danger and if the fetus has a fatal disease, writes the AP news agency.

Abortions will only be performed in the hospitals, which means that all abortion clinics in the state will lose their licenses.

Doctors who perform illegal abortions or who do not provide the correct documentation automatically lose their credentials.

Even that is a tightening, previously the law stated that doctors risked losing their credentials.

The vote numbers were clear in the Republican-controlled Congress: 28-19 in the Senate, 62-38 in the House of Representatives.

Eight Republicans voted against the bill.

"Personally, I am most proud of every single Indiana resident who bravely stepped forward to share their views in a debate that is unlikely to end for a long time," said the state's Republican Governor Eric Holcomb in a statement.

The other day, voters in Kansas overwhelmingly rejected a proposal to tighten abortion laws.

The referendum was the first after the Supreme Court decision.

The new law enters into force on September 15.