104-year-old Siri Eriksson in Bjurholm roars about elderly care: "There are too few people"

104-year-old Siri Eriksson lives at Älvsgården in Bjurholm. She is lively and has opinions about most things. Now she wants the election to be about more staff in elderly care and increased wages. - It has only gotten worse and worse during the six years I have lived here, says Siri Eriksson. 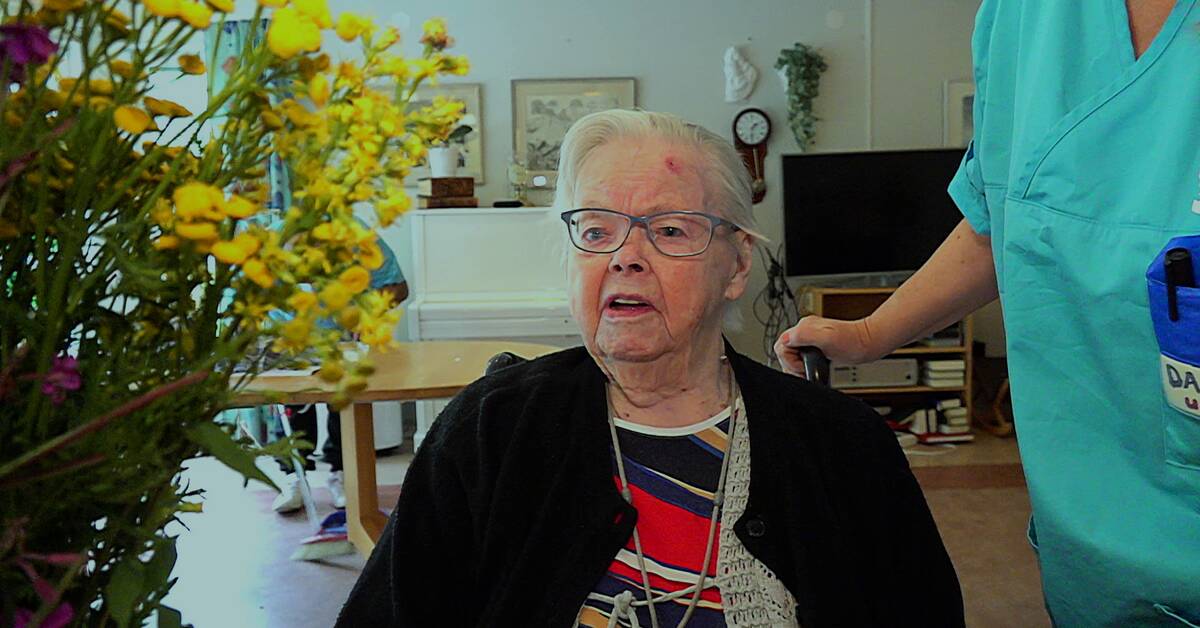 Siri Eriksson moved into Älvsgården when she was 98 years old.

She was born the same year the First World War ended and is now 104 years old.

- The staff do their best, but they don't have time for everything today, says 104-year-old Siri.

Daiva Holmberg is a nurse at Älvsgården and agrees with Siri Eriksson's criticism.

We had a very difficult time getting substitutes here this summer, says Daiva Holmberg.

Hope the politicians will listen

Siri Eriksson, who herself worked in home care, understands that it is tiring in nursing homes.

Now she hopes that the politicians will listen to a 104-year-old with her great life experience.

- It has to be more people, it cannot continue like this.

The staff must also be paid better and not work so hard, she says.

The head of social affairs in Bjurholm agrees that the staff has been reduced.

- We are quite far down in the statistics in terms of salaries, but we will review everything this autumn, says Staffan Berggren, social manager in Bjurholm.

Perceived deterioration in housing and the desire for higher wages for the staff - in the clip above, the social manager responds to the criticism.