“It is no longer possible to ignore crimes”: what are the likely consequences of the Amnesty International report on the actions of the Armed Forces of Ukraine

The resonance in the Western media around the Amnesty International report on the violation of humanitarian law by the Armed Forces of Ukraine proves that it is becoming increasingly difficult to hide the truth about the events in Ukraine, the Russian Embassy in the United States said. According to a study by human rights activists, the Ukrainian military deploy weapons in residential areas and pose a threat to the civilian population, which is contrary to international law. According to analysts, the Russian side from the very beginning of the conflict reported such facts, but the West preferred to ignore them. Experts believe that Amnesty International had to publish this report in order to maintain the appearance of balance and objectivity in its work. 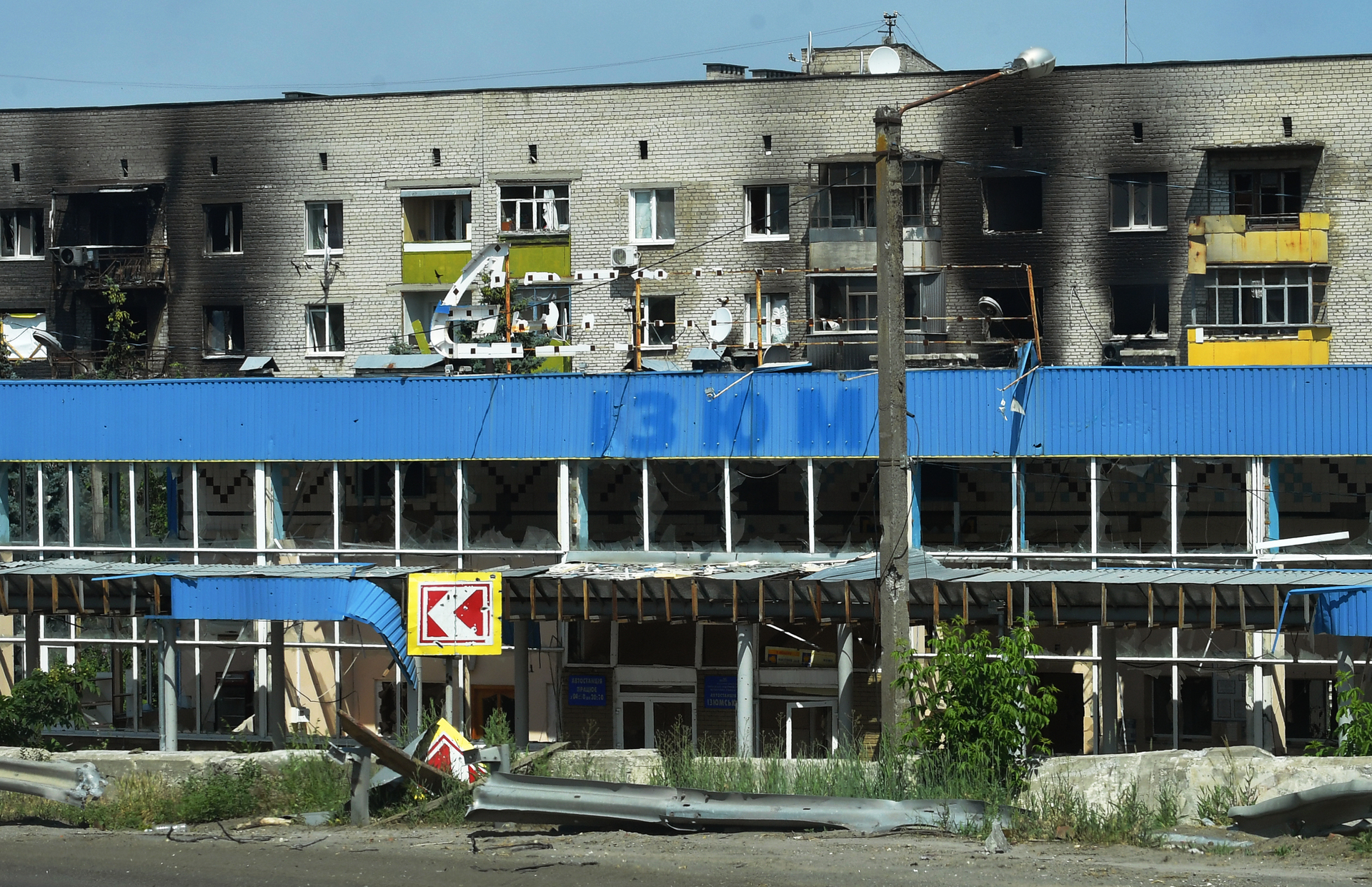 The resonance around the publication by the human rights organization Amnesty International (AI) of a report on violations of international humanitarian law by the Armed Forces of Ukraine proves that it is becoming increasingly difficult to hush up the truth about events in this country, the Russian embassy in the United States said.

“The criminal Kyiv regime has no sympathy for its own population.

Long before the start of the special operation, we warned the world community about the inhuman nature of the Ukrainian authorities,” the diplomatic mission stressed.

Russian diplomats noted that the Amnesty International report on the tactics of conducting military operations by the Ukrainian military was widely reflected in the materials of US news agencies.

In this regard, the embassy expressed the hope that such materials will help ordinary Americans better understand the situation.

“We hope that the research of human rights activists will help the audience in the United States to draw the right conclusions.

In recent days, the shelling of Donetsk has intensified, as a result of which old people, women and children are dying, ”the diplomatic mission said.

They added that the accusations contained in the AI ​​report about the alleged commission of "war crimes" by the Russian armed forces have only one goal - to distort the true state of affairs and denigrate Moscow's efforts to liberate Ukraine from the Nazis.

“Thus, the United States seeks to justify its own provocative actions to pump the Kyiv regime with deadly weapons that bring death and destruction,” the commentary says.

A similar assessment of the report was made in his Telegram channel by Vice Speaker of the Federation Council Konstantin Kosachev.

“The simplest reasons for publishing the AI ​​report are obvious.

First of all, the scale of Kyiv's crimes is so great that it is simply impossible not to notice them without losing the reputation of a human rights organization,” the senator said.

However, he expressed confidence that the material would not cause a breakthrough in Western coverage of Ukrainian events or in the minds of Western politicians.

At the same time, the parliamentarian believes that the report “from such a biased structure as AI” is a signal from the West to Volodymyr Zelensky.

“And the point is not at all that Kyiv suddenly changed its mind and switched to civilized methods of warfare: no one has been waiting for this for a long time.

The President of Ukraine was shown, firstly, who is the boss here.

In an instant, he can be turned from an artificially replicated media hero into a total media outcast.

Secondly, they explained to him, as they say, on the fingers that the huge funds and resources invested in Ukraine by the West ... should give a noticeable return.

And if it does not exist, then the way out of the conflict should take place on the terms of the “investor”, and not the conflicting Kyiv itself.

Well, the investor will also decide for himself when exactly his current idol may turn out to be a toxic asset.

"Based in civilian buildings"

Recall that the Amnesty International report was published on 4 August.

According to the Secretary General of the organization, Agnes Kallamar, human rights activists have recorded cases when the Ukrainian military created a threat to the civilian population or violated the rules of war by operating in populated areas.

“During the investigations, evidence was found that Ukrainian forces launched strikes from populated residential areas, as well as based in civilian structures in 19 settlements of these regions,” AI said in a statement.

It is noted that most of the populated areas where the military was stationed "were located kilometers from the front."

At the same time, the Armed Forces of Ukraine had "suitable alternatives" that would avoid the threat to the civilian population.

We are talking, for example, about nearby military bases and dense areas of forest, as well as other structures far from populated areas, the authors of the report note.

“Amnesty International, in the cases it has documented, has not received evidence that the Ukrainian military, stationed in civilian structures in residential areas, asked or helped civilians to evacuate from nearby buildings, which indicates that all feasible precautions were not taken to protect civilians. ", the document says.

At the same time, according to international humanitarian law, all parties to the conflict, as far as possible, should avoid placing military installations on the territory of densely populated areas or near them, Amnesty International emphasizes.

The study reported that the Armed Forces of Ukraine had military facilities in schools and hospitals.

As Kallamar noted, the position of the defending side does not exempt the Armed Forces of Ukraine from the need to comply with international humanitarian law.

The Amnesty International study has drawn sharp criticism from Kyiv.

So, Vladimir Zelensky said: “If someone makes a report in which the victim and the aggressor are supposedly the same in some way, if some data about the victim is analyzed, and what the aggressor was doing at that time is ignored, then this cannot be tolerated. ".

The Ukrainian leader called the report "manipulative" and added that after this publication, Amnesty International "shares the responsibility for the destruction of people."

And Mikhail Podolyak, adviser to the head of the office of the President of Ukraine, accused human rights activists of allegedly acting in the interests of Russia, which hopes to disrupt the supply of Western weapons to Kyiv.

He stated that he was outraged by the conclusions of AI and considered them unfair.

“This behavior of Amnesty International is not about finding and reporting the truth to the world ... Therefore, stop creating a fake reality where everyone is slightly to blame for something,” Kuleba demanded.

In turn, the head of the Ukrainian office of AI Oksana Pokalchuk said that the report of the organization was prepared and made public, despite the protest of local employees.

“Representatives of the Ukrainian office did everything to prevent this material from being made public.

When we received an uncompromising "no" to our repeated objections, we also did our best to minimize the dissemination of the material... We also categorically refused to publish this press release on our website or translate it into Russian due to its bias.

We are very sorry that even after all the possible arguments against us, they still didn’t hear,” she wrote on social networks.

On the evening of August 5, Pokalchuk announced her decision to leave her post: “It hurts me to admit it, but the leadership of Amnesty International and I disagreed on values.

So I decided to leave the organization.”

According to analysts, Kyiv has long adhered to the purely terrorist tactics of deploying military equipment within the city, described in the report.

“This is a well-known tactic - covering with a human shield.

It was used by terrorists in Syria.

There, too, people covered themselves in the cities.

And when the Syrian army liberated the cities, it tried to save the lives of these people as much as possible.

Only there it was possible to create humanitarian corridors through which this civilian population came out.

Ukraine has gone further: the Armed Forces of Ukraine use people as human shields, but civilians are not allowed to leave even if there are humanitarian corridors, ”military expert Alexei Leonkov recalled in a comment to RT.

He noted that the militants in Ukraine occupy civilian objects in the expectation that they will not be subjected to intense fire, and thus they will have a fire advantage.

“This tactic was first tested by the Armed Forces of Ukraine in Mariupol, where the militants set up fortresses in every house.

And every house had to be carefully stormed, bringing out and freeing civilians, ”said the analyst.

According to him, such actions of the Armed Forces of Ukraine are nothing but war crimes.

“All the Geneva Conventions make it clear that civilians should not suffer during hostilities.

Thus, the army of Ukraine behaves like a terrorist organization, which it essentially is, ”Leonkov stated.

At the same time, analysts recall that Russia from the very beginning of the conflict reported that Ukraine was placing military equipment in residential areas, but in the West, in most cases, they preferred to ignore these facts.

According to the Director General of the Center for Political Information Alexei Mukhin, Amnesty International released the mentioned report in order to maintain the appearance of balance and objectivity in covering the conflict in Ukraine.

“Amnesty International has a very pragmatic and utilitarian goal: they recognize what is already simply impossible to hide, and in doing so they are trying to increase their credibility.

They worked very hard for the Ukrainian side, being almost a propaganda resource, slandering the actions of the RF Armed Forces, so their reputation has sunk significantly.

Now they are trying to compensate for their one-sidedness with this recognition, ”said the interlocutor of RT.

In turn, political scientist Andrei Suzdaltsev suggested that Amnesty International could have released such a report in order to get money from Kyiv.

“I suspect that this structure is simply knocking money out of Kyiv.

She made a very small report, with very little data about the fact that the Ukrainian Armed Forces are guilty of crimes.

Perhaps they are hinting to Kyiv that they have a lot of materials of this nature.

And so that they are not announced, the Ukrainian leadership should finance AI.

It's just a business, ”the expert explained in a conversation with RT.

He also expressed confidence that this report is unlikely to influence public opinion in the West.

“Take, for example, the story of the Swedish television channel SVT.

They showed a report on how people in Kherson rejoice when they receive Russian passports.

But immediately a scandal erupted, and the TV channel had to apologize for its work.

Therefore, it is impossible to say that these reports or reports testify to a change in the point of view on Ukrainian events.

This is still very far away, ”Suzdaltsev believes.

At the same time, the expert did not rule out that in the future Amnesty International could easily “play back their accusations” in one way or another.

“These organizations are constantly balancing.

They will tell some truth - it becomes a sensation, they immediately have authority, trust grows in them.

But then they can be pressed, paid money, and they immediately begin to apologize.

Let me emphasize: for AI, this is primarily a business.

In addition, we must remember that this organization has always had an extremely negative attitude towards Russia, ”concluded the analyst.