Attack on temporary deployment points: the Russian Defense Ministry announced the destruction of up to 150 military units of the Armed Forces of Ukraine in the Zaporozhye region

The Russian Aerospace Forces with high-precision air-launched missiles attacked the points of temporary deployment of two howitzer artillery battalions as part of the Armed Forces of Ukraine. This was stated in the Ministry of Defense of the Russian Federation. According to the agency, up to 150 military personnel, two American M777 howitzers, six Msta-B guns, a number of other artillery pieces and seven drones were destroyed. In addition, four command posts and two warehouses of missile and artillery weapons were hit during the day. 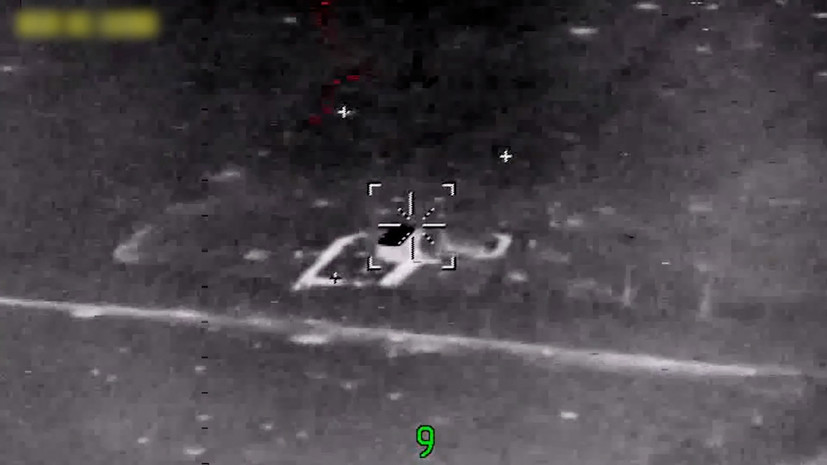 The Aerospace Forces of the Russian Federation launched strikes at the points of temporary deployment of two howitzer artillery battalions of the 44th artillery brigade of the Armed Forces of Ukraine and the warehouses of rocket and artillery weapons in the Zaporozhye region.

This was announced on August 5 by the official representative of the Russian defense department, Lieutenant-General Igor Konashenkov.

“Up to 150 military personnel, two American M777 howitzers and up to 1.5 thousand ammunition for them, six Msta-B howitzers, eight artillery pieces of various modifications, about 350 shells for Grad multiple launch rocket systems, as well as seven unmanned aerial vehicles,” Konashenkov said during a briefing.

He also said that a group of civilians in the Kharkiv region received gunshot wounds as a result of a conflict with the commanders of several units of the Armed Forces of Ukraine.

According to Konashenkov, during the conflict with the commanders of units of the 92nd mechanized brigade of the Armed Forces of Ukraine, a total of nine civilians were injured.

“The command of this unit tried to forcibly evict civilians from their homes to accommodate foreign mercenaries, as well as equipment in the adjoining plots of positions of military equipment and artillery,” Konashenkov said.

According to him, to suppress the protests, nationalists and foreign mercenaries opened fire.

As a result, four local residents in Shestakovo and five in Upper Saltov received gunshot wounds of varying severity.

During the day, four command posts were hit, including the 58th motorized infantry brigade in the Artyomovsk region, the 54th mechanized brigade in the Seversk region, as well as the temporary deployment point of the formation of nationalists in the Dnepropetrovsk region.

Manpower and military equipment of the Armed Forces of Ukraine were hit in 182 districts.

Along with this, two depots of rocket and artillery weapons and ammunition were destroyed in the area of ​​​​Konstantinovka and Artemovsk in the territory of the Donetsk People's Republic (DPR).

As a result of the counter-battery fight in the DPR, three platoons of D-30 howitzers, as well as a platoon of Grad multiple launch rocket systems (MLRS) in the Kharkiv region, were suppressed at firing positions.

Also on russian.rt.com “They left their positions”: the Russian Defense Ministry announced the loss of combat capability of units of three brigades of the Armed Forces of Ukraine in the Donbass

During the day, Russian air defense systems shot down five drones in the air on the territory of the DPR and the Kharkiv region.

In total, since the beginning of the military operation in Ukraine, 145 helicopters, 261 aircraft, 1,685 drones, 361 anti-aircraft missile systems, 4,254 tanks and other armored combat vehicles have been destroyed.

Along with this, Russian troops hit 789 MLRS combat vehicles, 3267 field artillery pieces and mortars, as well as 4716 units of special military vehicles.

The Headquarters of the Territorial Defense of the DPR stated on August 5 that by now the grouping of troops of the Donetsk and Luhansk People's Republics, with fire support from the RF Armed Forces, had liberated 266 settlements, including Gladosovo.

Now the fighting is going on in the city of Artyomovsk.

Over the previous day, the enemy shelled the territory of the republic using the Uragan and Grad MLRS, as well as 155-, 152- and 122-mm cannon artillery, 120-mm mortars.

Districts of 11 settlements were under fire.

“As a result of the shelling of the VFU on the territory of the Donetsk People’s Republic, five people were killed and another 29 civilians were injured,” the report says.

Meanwhile, the People's Militia of the LPR reported that during the day during the offensive operations of the units of the republic, the enemy suffered losses in manpower and military equipment.

In particular, up to 55 personnel, six armored personnel carriers and eight units of special vehicles were destroyed.

In addition, the People's Militia of the LPR stated that the village of Peski is under the control of the allied forces.

“That the village itself (Sands. -

) is under our control, it can be said with certainty,” Ilya Yemelyanov, deputy commander of the 11th separate guards motorized rifle Yenakiyevo-Danube regiment of the People’s Militia of the Donetsk People’s Republic, said on Channel One.

Earlier, on August 4, the political officer of one of the battalions of the 11th regiment of the People's Militia of the DPR told RT that the allied forces were on the outskirts of the village of Peski.