Arab and international condemnations and calls to stop the bombing of Gaza, and Washington supports Israel "in defending itself"

Qatar and Iran condemned the Israeli bombing of the Gaza Strip, while the White House spokesman told Al Jazeera that "Washington supports Israel's right to defend itself," while the United Nations is working to avoid escalation. 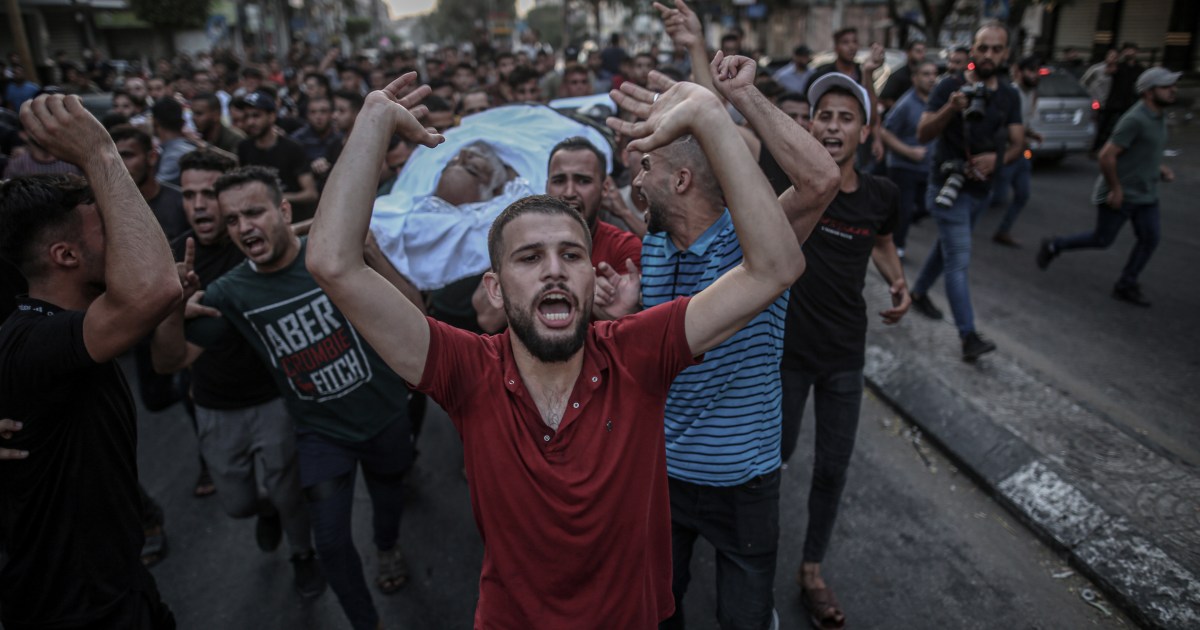 Qatar and Iran condemned the Israeli bombing of the Gaza Strip, and demanded that Jordan stop the aggression immediately, while the White House spokesman told Al Jazeera that "Washington supports Israel's right to defend itself," while the UN envoy to the Middle East expressed his grave concern about escalation.

On Friday, the Israeli raids resulted in the death of 10 civilians, including a 5-year-old girl, and a leader in Saraya al-Quds, Tayseer al-Jabari, and the wounding of 55 others.

The State of Qatar expressed its strong condemnation and denunciation of the new Israeli aggression on the Gaza Strip, which led to the deaths and injuries, and stressed the need for the international community to move urgently to stop the occupation's repeated attacks against civilians, especially women and children.

For its part, the Jordanian Foreign Ministry called for an immediate end to the Israeli aggression on the Gaza Strip, calling on the international community to intervene to stop the escalation.

She added that the solution to the problem of the Gaza Strip lies in finding a real political horizon by returning to negotiations to achieve a just peace.

The Tunisian Foreign Ministry also expressed its condemnation of the Israeli occupation's aggression on Gaza and called on the international community to shoulder its responsibility towards the Palestinians.

Iran blamed Israel for the consequences of the "brutal attack" on the Gaza Strip, and Foreign Ministry spokesman Nasser Kanaani condemned, in a statement, "the brutal attack of the Zionist apartheid regime on Gaza and the assassination of leaders in the resistance and a group of defenseless Palestinians."

He considered that "the responsibility for the crime and the consequences of this regime's aggression and attack on Palestine and Gaza rests entirely with the Israeli apartheid regime."

Washington and the United Nations

For his part, the UN envoy to the Middle East, Tor Wencesland, said that "the escalation in Gaza is dangerous and I call on all parties to avoid more."

"I am deeply concerned about the escalation in Gaza, including the targeting of an Islamic Jihad leader," he added in a statement posted on Twitter.

Deeply concerned by the ongoing escalation between #Palestine|ian militants & #Israel, including the targeted killing today of a PIJ leader inside #Gaza.

Don't let the situation slide into the avoidable.

He pointed out that the United Nations is working with all concerned parties to avoid further escalation.

The Palestinian presidency condemned the Israeli aggression on the Gaza Strip, and demanded its immediate cessation, and held the occupation forces responsible for this dangerous escalation.

Palestinian Prime Minister Muhammad Shtayyeh said - in a statement - "We call on the international community to provide protection for our people, and an immediate halt to the Israeli aggression against our people in Gaza."

In turn, the Palestinian Foreign Ministry said, "We condemn the Israeli aggression on Gaza and demand urgent international action to stop it and to provide protection for the Palestinians."

The Izz al-Din al-Qassam Brigades, the military wing of the Islamic Resistance Movement (Hamas), affirmed that "the blood of our people will not be in vain, and it will be a curse on the occupation, God willing."

The head of the movement's political bureau, Ismail Haniyeh, said, "As we mourn the leader Jabari and the righteous martyrs, we confirm that matters are open to all directions," calling for "repressing the Zionist aggression against the Palestinian people."

Hamas spokesman Fawzi Barhoum also told Al Jazeera that it was clear that the occupation had a premeditated intention to attack Gaza and commit its crimes, as he put it.

For its part, Al-Quds Brigades, the military wing of Islamic Jihad, mourned its leader in the northern region, who was raised as a result of an Israeli raid targeting him this evening in Gaza City.

The Al-Quds Brigades said, "The senior commander, Tayseer Mahmoud Al-Jabari, a member of the Military Council and the commander of the northern region, who rose as a result of a Zionist raid targeting him this evening in Gaza City, bled out."

The Secretary-General of the Islamic Jihad, Ziad al-Nakhala, vowed to Israel a battle "without red lines" and to respond to its raids.

As for the Abu Ali Mustafa Brigades, the military arm of the Popular Front for the Liberation of Palestine, it condemned the aggression on Gaza and mourned the martyrs, headed by Commander Taysir al-Jabari.

The Front confirmed - in a statement - that "the criminal Zionist occupation bears full responsibility for the assassination of the martyred leader Al-Jabari and what will result from his crime."

In this regard, the joint operations room of the resistance factions announced that "the response is coming and in the manner determined by the resistance leadership."

The Israeli aggression against the Gaza Strip continues, with reconnaissance planes roaming the various Gaza skies, while warplanes roam the airspace from time to time.