“A black day for Gorlovka and the republic”: Olga Kachura, commander of a rocket artillery battalion, died in the DPR

Today it became known about the death of the commander of the rocket artillery division of the DPR Armed Forces, Colonel Olga Kachura, call sign Korsa. Olga spent the last eight years in the war. And most recently, our film crew visited her. About the life and death of a woman legendary for the DPR - in the RT material. 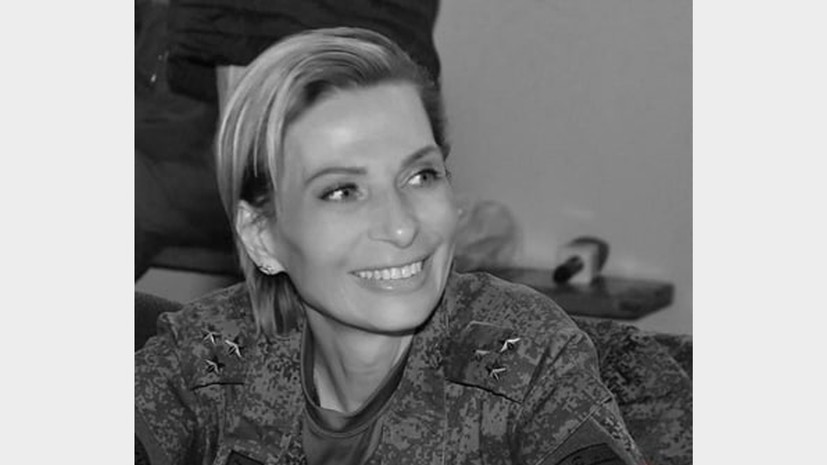 The commander of the rocket artillery division of the Armed Forces of the DPR Olga Kachura (call sign Korsa) died near the village of Verkhnetoretskoye.

As a source in the power structures of the republic told RT, the car in which Korsa was located came under fire from Ukrainian artillery.

They tried to save the woman, but she died on the way to the hospital in Yasinovataya.

Korsa was a legend of the Armed Forces of the DNR.

She stood at the origins of the creation of the rocket artillery unit.

She had 140 fighters under her command.

Olga's battle path began in Slovyansk in 2014, where she led a rocket artillery unit.

Ivan Prikhodko, mayor of Gorlovka, where Olga Kachura lived, expressed condolences to her family and loved ones.

“Today is a black day for Gorlovka and the republic.

A brave and wise woman who stood at the origins of the NM DPR died tragically.

— he wrote in his Telegram channel.

“What is there to talk about.

It was the best commander.

We will miss her, ”said one of the fighters of Kachura’s unit in an interview with RT.

According to military correspondent Alexander Sladkov, the death of Korsa is a great loss for the Donbass.

“I treated Olga Sergeevna with respect.

This is a loss for the corps and for the Donbass.

This is a very beautiful, sensitive, delicate person.

She commanded the men's team, the jet division.

There are few such commanders with such a history of participation in the confrontation with Nazi Ukraine, ”says Sladkov.

Most recently, the RT film crew visited the Korsa division - the correspondents saw how the fighters treated their commander with respect and love.

“When I was assigned to the division, the older guys said that I was very lucky.

They said about Korsa that she is a smart, powerful tactician - she doesn’t come across to the enemy, ”18-year-old Frol Artamonov told RT.

“It’s hard to get used to such a person.

But in general we have a very good commander.

Olga herself believed that in war there was no particular division between a colonel and a private: everyone eats at the same table and lives in the same conditions - and everyone walks close to death.

Kachura's fighters noted that she always tried to protect them.

Before the battery went to new firing positions, Korsa always carried out reconnaissance and chose the most advantageous places with the battalion commanders.

When asked if there is a place for a woman in the war, Olga answered that a woman is already a defender from the very beginning.

“She guards the hearth, her children, her family.

Even in nature, no wolf will defend her cub as aggressively as a she-wolf.

But a man is smarter, scarier and more furious than a wolf.

Moreover, some men have recently ceased to be those intercessors that we read about in books or that we see in films.

So to say that only men should be defenders means to unreasonably narrow this concept, ”she explained.

Kachura herself could fire virtually all types of artillery pieces.

But, as Korsa clarified, most of all she was attracted by rocket artillery, in which there is both power and beauty.

The main dream of Olga Kachura was victory and peace in the Donbass.

For the past eight years, residents of Donetsk have been waiting for a resolution to the conflict, she noted.

“And this war still had to start, a year earlier or a year later.

For us, this is an event that will allow us to become recognized, join Russia as a subject or autonomy, ”said Kachura.

She made plans after the war: retire on a seniority basis, engage in animal husbandry and raise her grandchildren.

“I will be a great grandmother: I will teach my grandchildren to climb fences, shoot from a slingshot - everything that I can do myself.

Yes, and I probably will have something to tell them when we sit together in the kitchen, ”said Colonel Korsa.

The editors of RT express their condolences to the family and friends of Olga Kachura.