The summer of King Juan Carlos in Abu Dhabi: in absolute solitude and at 53 degrees

"I spoke a few days ago with Don Juan Carlos, and he told me that in Abu Dhabi the temperature is 53 degrees with 98 percent humidity, so you can't even go out... 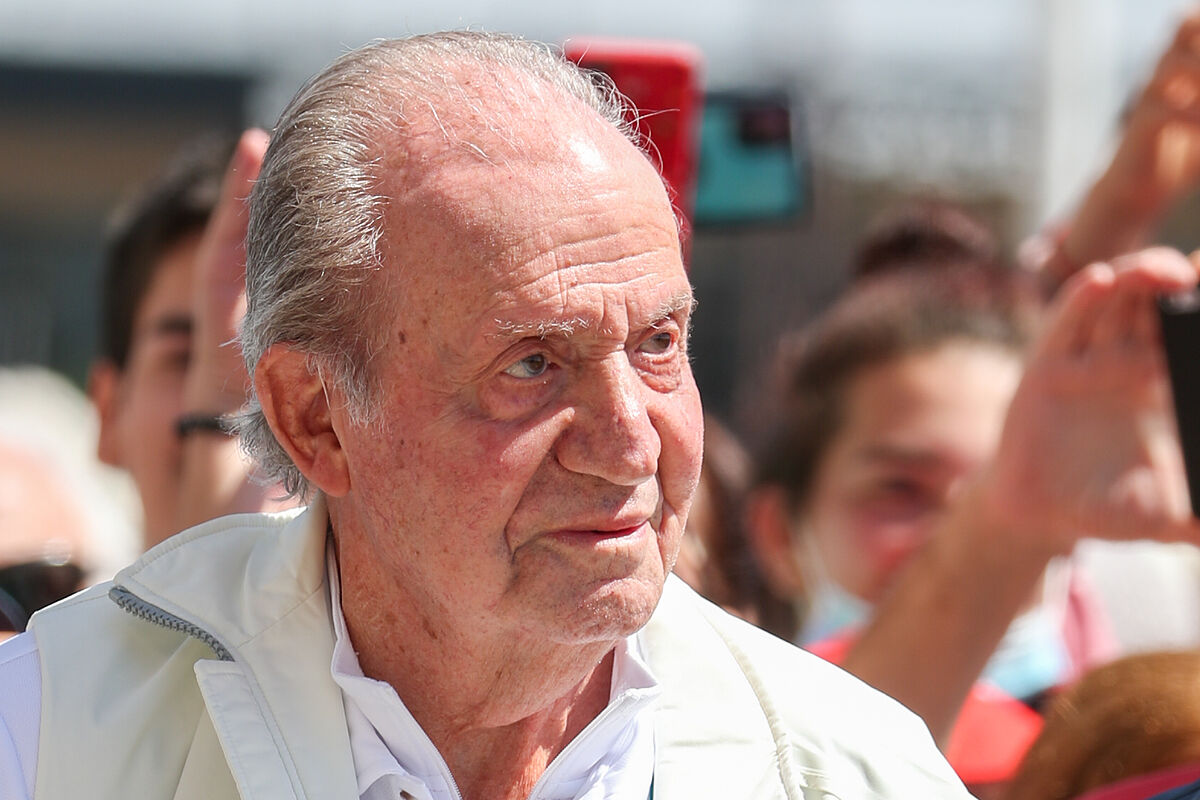 "I spoke a few days ago with Don Juan Carlos, and he told me that in Abu Dhabi

the temperature is 53 degrees with 98 percent humidity

, so you can't even go out to the garden," a close associate assures LOC. King father (84).

It is the reason why

the Spanish residents there

, members of the Chamber of Commerce and foreign diplomats or businessmen with whom Don Juan Carlos is related, who usually receives those who ask him,

have fled to their countries to spend their vacations.

Even the neighboring villages of Nurai, the islet 15 minutes by boat from Abu Dhabi where he lives, are deserted, so right now, except for his escorts and the three assistants who assist him in shifts,

his solitude is total.

The days are endless for him, after his

routine of reading the Spanish press from cover to cover

, the physiotherapy sessions to activate his mobility and the calls to family and friends.

Since his media visit to Spain in May, only his daughter the Infanta Elena has visited him in Abu Dhabi, although it is expected that this vacation the Infanta Cristina and some of her grandchildren will also come there.

According to said close friend,

, despite the fact that it would be his greatest wish.

"After the controversy that broke out during his stay in Sanxenxo in May, he is aware that his next trip will have to wait.

Some around him ask him to punch the table

, but he is not going to do it, he does not want to damage to his son and less so to the Crown. That is why he did not participate in the

June, although his presence was taken for granted".

This weekend, 7,113 kilometers from Abu Dhabi, the Royal Family and the Bourbon met in Marivent to spend their vacations on the island.

Doña Sofía arrived with her sister Irene over the weekend and, surprisingly, the Infanta Cristina joined them in the first summer separated from Urdangarin with her children Pablo and Miguel and the Infanta Elena with Froilán and Victoria Federica.

, receiving the Balearic authorities in audience in La Almudaina.

His stay with Queen Letizia and her daughters Leonor and Sofía will have more work than leisure, except for the respite that his participation in the

cane in the Copa del Rey de Vela, which celebrates its 40th edition from 1 to 6th August.

on August 3, it will be two years

since King Juan Carlos said goodbye to Spain in Sanxenxo, where he spent the night at the home of his close friend Pedro Campos, leaving the next day for his

He planned to return that same Christmas, but his stay seems to be prolonged

In March, when his return seemed imminent after the three Supreme Court investigations against the former monarch were filed, he expressed in a letter to his son his decision to remain based in the Emirates for the time being, although

frequently visiting Spain to see the family and friends

Trips that were postponed due to the resistance of the Government of Pedro Sánchez to his staying in Zarzuela, his home for 60 years, which

It pushed him to land in Sanxenxo in May

, where he had a massive reception and almost 300 accredited journalists dedicated covers and television news to him.

stopover of a few hours in Madrid

, on Monday, May 23, in which before the family lunch in Zarzuela he had a face-to-face meeting and without third parties with his son.

"The meeting was cordial, but cold. There were discrepancies because Don Felipe, in his moderating role as King, logically does not want controversies with the Government," says the cited source.

with Doña Sofía, her children and her grandchildren, one in Sanxenxo and the other in Barcelona to see Cusí, his intimate, who suffered a stroke in January.

denying him an overnight stay in Zarzuela

, something incomprehensible, because after his abdication the decree that kept him the title of King equated his honors and privileges to those of the heir to the throne, including residing in Zarzuela, everything fell apart.

He had to change the program and logically in Sanxenxo, a public place,

his stay was anything but discreet

Despite the fact that the relationship between father and son is not yet normalized, their meeting served to reduce the tension between the two and to recover telephone contact.

, at that point there are talks to prepare for his visit, although it depends on whether the circumstances are favorable and he gets the green light," reveals his close friend.