“No word - no problem”: why the US authorities “cancelled” the recession in the country

Wall Street is collapsing and the US is in recession. This statement was made by New York Mayor Eric Adams. Such an interpretation of the economic situation runs counter to the position of the White House, which denies the fact of a recession, despite the fact that US GDP has been declining for two quarters in a row. According to Joe Biden, America is "on the right track." Experts interviewed by RT note that the United States is experiencing a serious systemic crisis, having lost its economic stability. At the same time, the authorities in Washington do not solve the existing problems, but simply look for the guilty on the side. In turn, Maria Zakharova suggested that in the near future the United States would openly blame Russia for the catastrophic situation. 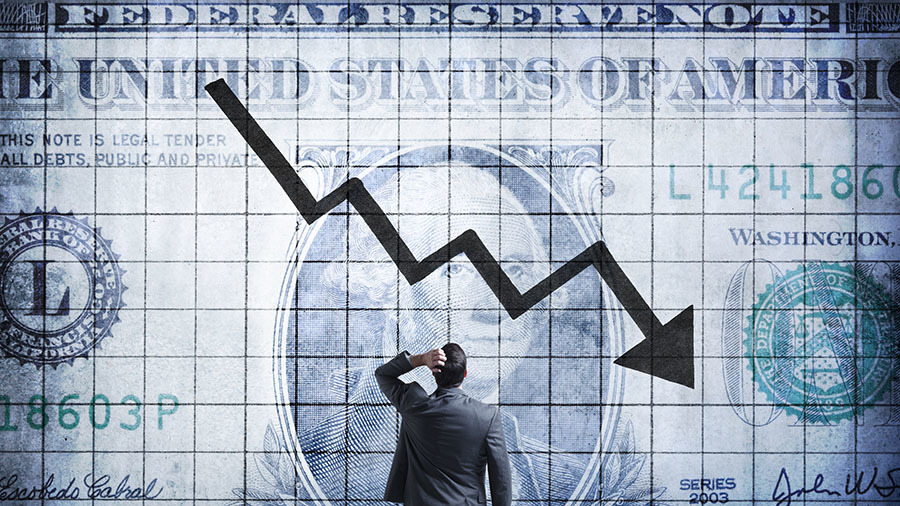 In his opinion, the country is facing a massive financial crisis.

“We are in a financial crisis that you cannot even imagine.

We are in a recession,” he said, speaking at an event in Staten Island.

At the same time, Adams later abandoned his tough stance on the economic state of the country, according to Yahoo!

“In the economy, we are now having difficult times, but we will overcome them, because I believe in our president,” said the head of New York.

On July 28, the US Treasury published data showing that the GDP of the United States of America in the second quarter of 2022 decreased by 0.9% year on year.

Thus, the fall occurs for two quarters in a row (in the first quarter, the decrease in GDP occurred by 1.6%).

The Guardian pointed out that two consecutive quarters with a decline in GDP are usually considered the beginning of a recession in the economy, the text of the InoTV article cites.

At the same time, this fact is denied by US Federal Reserve Chairman Jerome Powell, who stated that “the slowdown in economic growth in the second quarter was noticeable,” but does not believe that the United States is in a recession.

According to him, there are many areas of the American economy in which "everything is fine."

A similar statement was made by the head of the US Treasury, Janet Yellen, who also acknowledged the fact of "economic slowdown."

But in her understanding, a recession is a large-scale weakening of the economy: “This is not what we see now.”

Joe Biden himself drew a line under this.

In his opinion, the US economy is moving towards stable uninterrupted growth and lower inflation.

“It is not surprising that the economy is slowing down amid the actions of the Fed to curb inflation.

But even in the face of historical challenges, we are on the right track.

And we will come out of this transition stronger and in a safer position,” the head of the White House said.

At the same time, after statements by representatives of the Biden administration, the administration of Wikipedia, the universal multilingual Internet encyclopedia, suspended the ability to edit an article about the word "recession" for unregistered users, reports Newsweek.

The official representative of the Russian Foreign Ministry, Maria Zakharova, did not bypass the unwillingness of the US presidential administration to recognize the fact of a recession in their own country.

“Do you know how economic depressions ended in the US?

They just stopped using the word.

Like the word "panic" in the context of the economic crisis.

No word, no problem.

Apparently, they decided the same this time: they took and canceled the word “recession,” she wrote in her Telegram channel.

Zakharova also recalled that the term "recession" was introduced in the United States in the late 1930s of the twentieth century and replaced the word "depression".

“The old trick was just taken out of the chest and shown again.

In the past, by the way, American political tightrope walkers were rescued by buzzwords like "recession", "slowdown".

But now the situation is so catastrophic that “Putin’s tax”, “Putin’s prices”, etc. have been invented. .

“The old system has failed.

America has lost its economic component.

We have already seen several financial crises initiated by the US, there may be more in the near future,” he said.

According to him, Washington's favorite tactic is to search for an external enemy: the USSR or world socialism, then global terrorism in the face of Islamist structures, and now Russia and China.

The political scientist emphasized that such a policy is currently fraught with the escalation of ordinary military operations into a nuclear war.

“This enemy search narrative breaks the entire political and diplomatic culture, the traditions of cooperation, the search for mutually beneficial cases, and the use of hate speech begins.

It is explained that Russia and China are countries that are existential threats to the West.

This increases militarization and the danger of unleashing a war,” the Post stressed.

Political scientist Yuri Svetov, in a conversation with RT, also noted that in today's America they are looking for those responsible for economic problems, and not trying to solve them.

“Biden came up with “Putin's price increase”, someone disputes this, someone says that the word “recession” does not apply to the American economy.

This could end badly.

Every country has problems, but the task of the authorities is to honestly assess the situation and take measures that depend on them.

And US politicians are now blaming everything on Russia: they say, Russia is to blame.

And who will fix it?