After extreme temperatures of around 40 degrees, Muğla province in Turkey has been hit by extensive fires. 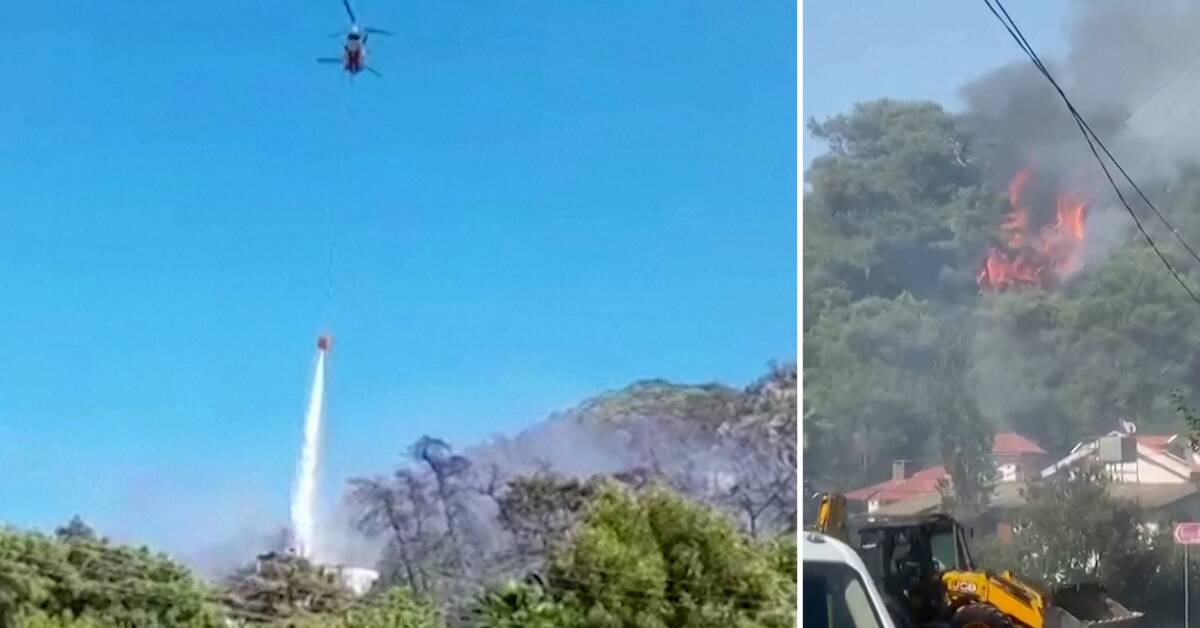 During Friday, forest fires spread in the popular resort of Marmaris in southwestern Turkey.

Turkish authorities have now evacuated about a dozen homes in the area as well as a training hotel that was located next to the edge of the forest.

Parts of the building are said to be damaged and pictures show how the hotel roof is on fire.

Firefighters, with the help of firefighting helicopters and airplanes, worked to control the fire.

There are no reports that anyone was injured in connection with the fire.

After the recent heat wave in southern Europe, a number of major fires have raged.

Spain, Italy and Greece have all been hit hard by extensive forest fires.