The Government designs a new Selectivity that is easier for students, with fewer exams and a test of "academic maturity"

The new Selectivity will be simpler. The Government has reduced the university entrance exam. Between 2023/2024 and 2025/2026, for the access phase, students will... 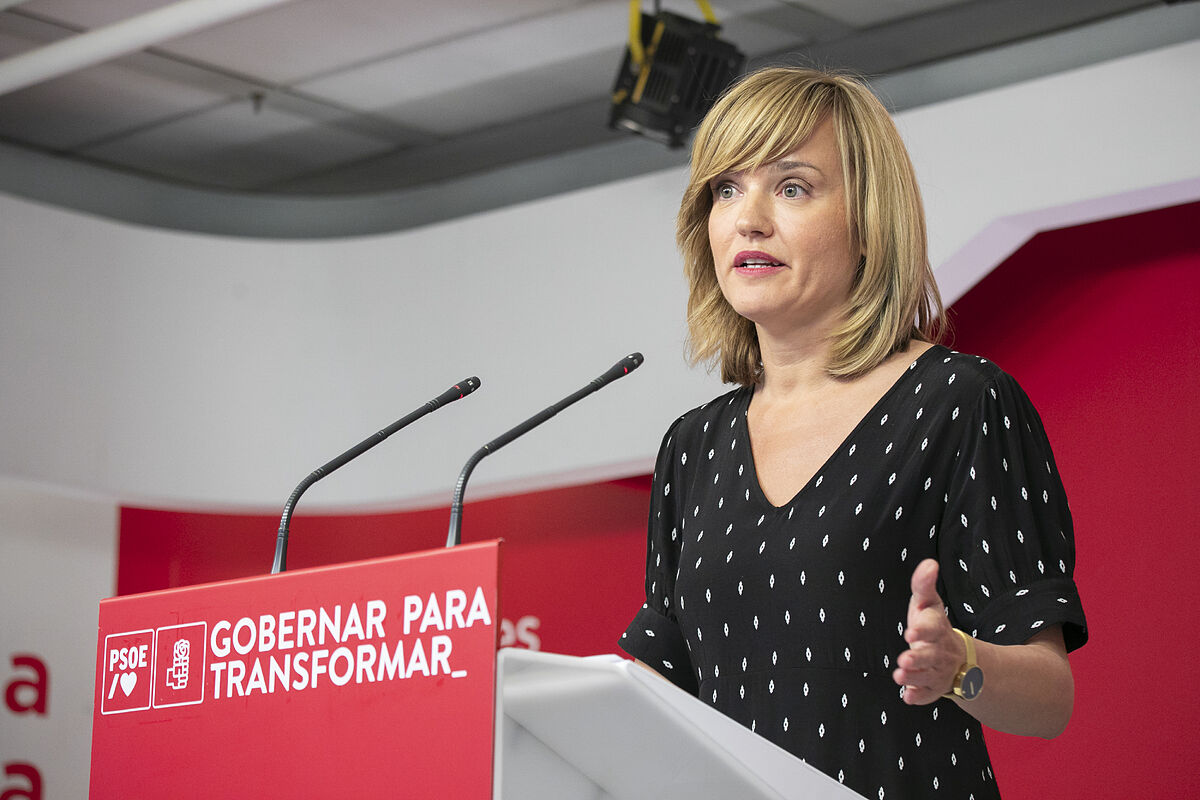 The new Selectivity will be simpler.

The Government has reduced the university entrance exam.

In both cases, a test of "linguistic skills" will be carried out, which aims to assess the "academic maturity" of the students.

The Minister of Education, Pilar Alegría, presented this Wednesday to the rectors and the autonomies the general lines of the new university entrance exam, which is scheduled to start operating from the

year , so that the students who start the first year of

next September are clear from the beginning what the new rules of the game are.

The new design provides for a gradual implementation of the new exam.

All students will take the History of Spain, History of Philosophy and a compulsory subject (Mathematics, Latin or Art).

There will no longer be a Foreign Language evaluation, according to the first drafts distributed by the Ministry of Education.

As of the 2026/2027 academic year, the maturity test will count for 75% of the grade and will replace the History of Spain and History of Philosophy exams.

There will also be an exam of the modality subject.

In addition, there will be another admission phase, the equivalent of the voluntary part now, which is made up of two other exams.

The student will be able to choose between the modality or common subjects of 2 Baccalaureate.

The weighting coefficients determined by the universities will be applied to their grades.

This will allow scientific subjects to be more highly valued in high-demand degrees, for example Medicine.

And it gives universities more freedom to set specific criteria.

Currently, students take seven exams in total, between the general phase and the voluntary phase.

There are five general tests and two specific ones.

With the new system they will take four exams as of 2026: the maturity test, the modality test plus the two specific tests where the student can choose which subjects they have.

The maturity exercise, the Ministry has advanced, will consist of a dossier made up of a series of documents (texts, images, infographics, tables, graphs or audiovisuals) that will revolve around a topic and students will be asked "to carry out an analysis from different aspects and perspectives, answering different types of questions".

It is the so-called competence approach, which tries to apply what has been learned and seeks for students to "memorize less".

There will be closed, semi-constructed and open questions.

"The aim is to assess the students' ability to analyse, assess, extract information or interrelate all this documentation, in a more or less guided way through questions and answers".

Alegría has been repeatedly in favor of "homogenizing" a test whose results serve to enter any university in Spain.

allows the grade that a student obtains, for example, in Murcia, to be used to pursue a career on a campus in the Basque Country.

But the only thing that the drafts offered to the CCAA and the rectors propose is to establish common correction guides to "guarantee the objectivity" of the correction of the answers.

In these guides the correct answers to the closed questions will be collected and, for the questions with open and semi-constructed answers, it will collect the "ideas, expressions and structure" that the answers should contain.

For years there have been communities, such as

, which have complained that in some regions the exam is easier and, in careers where there is a lot of demand, students from these regions enter ahead of their own, leaving them out .

In addition, the notes arrive very inflated from Baccalaureate, whose note counts

to enter the university, compared to 40% that marks the exam.

Especially since the Government has lowered the academic criteria and has made it easier to take the test and to graduate in the Baccalaureate, the average grade has skyrocketed at this stage and also in the Ebau.

The Ministry has admitted that "there is concern with some mismatches or imbalances" between autonomous communities, but has refused to propose a common test throughout the country, as is done in France and

claimed because "" it would invade regional powers and it is not possible from the legal point of view».