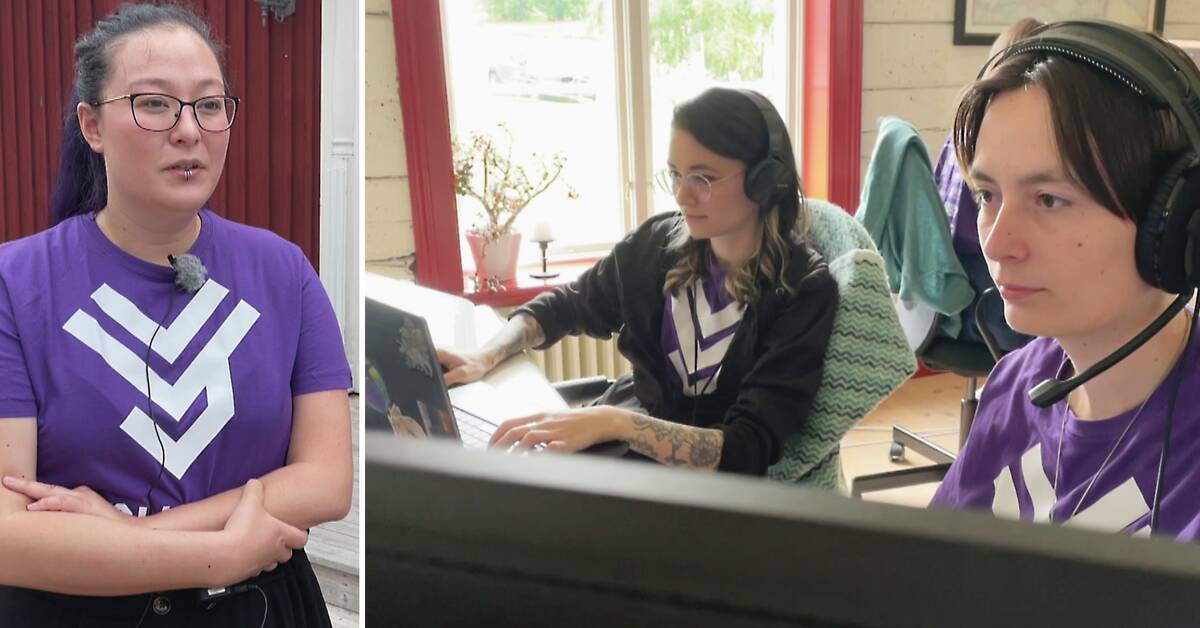 During Valkyrie Jam, which runs for ten days, female game developers from around the world will create games from scratch.

Many are not used to working with other women, often they are alone in teams with men.

So this is completely new to everyone.

Many have been pleasantly surprised by how different the communication is.

Everyone dares a little more, probably because it feels like a safe place.

- The industry is still very male dominated but I am happy to see that several gaming companies that stand for making gender equality better in the gaming industry, says Angehlica Halling, organizer of Valkyrie Jam.

It is in Peetgården, Sävast outside Boden that the game Valkyrie Jam 2022 is in full swing.

Here, women gather to further develop in the gaming industry, but also socialize and exchange ideas.

- There are those who are here now who have many good ideas or products that are not listened to because they are women.

By bringing together talented developers in a safe gaming event, they want to help women revive their passion for gaming in an industry that suffers from a high degree of minority burnout.

This burnout is often due to a career full of struggles to be heard and get achievements recognized, according to Valkyrie Jam.

- We have this event to be able to support them.

But it is difficult to reach several thousand different game developers, but now those who are here can help women in the future, says Angehlica Halling.