Thirteen detainees and two others were injured on Monday July 18 during clashes in a prison in Ecuador, an episode described as "barbarism" by the authorities and recurrent in this South American country. 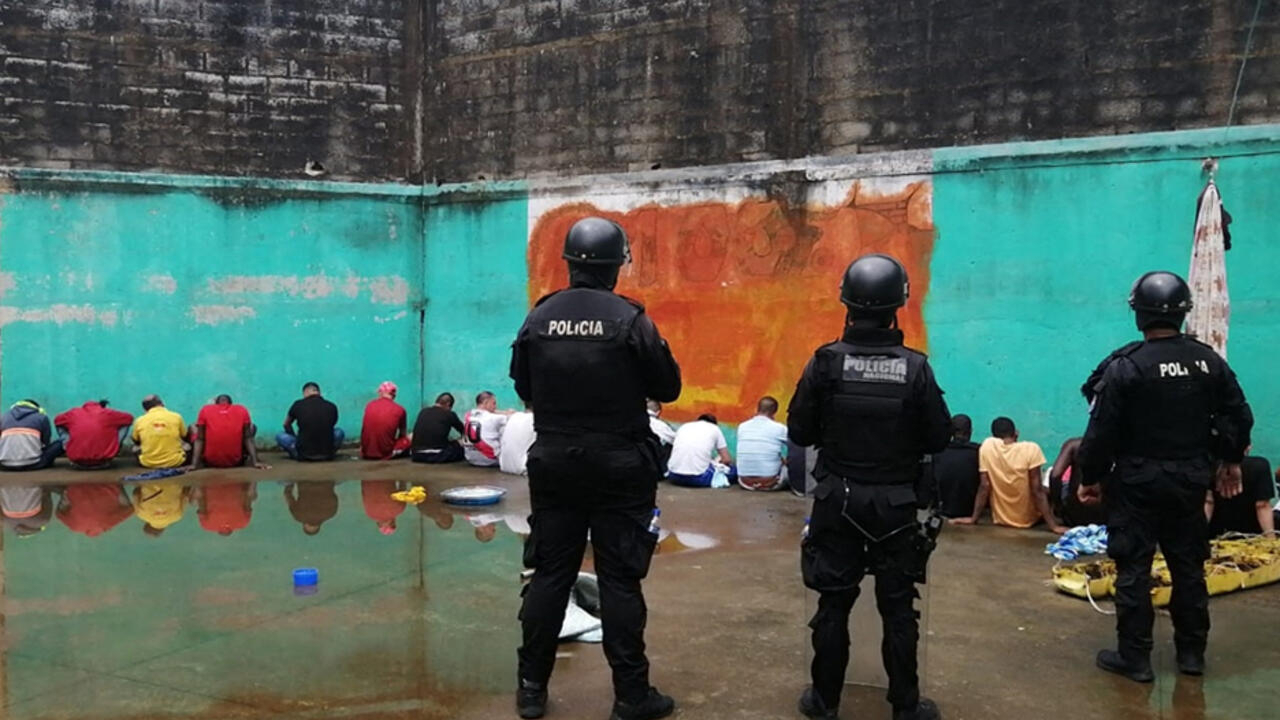 This photo provided by Ecuadorian police shows an operation in Bellavista prison, in Santo Domingo de los Colorados, Ecuador on May 11, 2022. Illustrative image.

Thirteen detainees and two others were injured on Monday July 18 during clashes in a prison in Ecuador, an episode described as "

" by the authorities and recurrent in this South American country.

The SNAI, the public agency in charge of prisons, says it has regained control of Bellavista prison in the province of Santo Domingo de los Tsachilas, about 80 km west of Quito.

The SNAI adds that it has "

with the support of the police and the army

The prosecutor's office indicated in turn that it "

is proceeding to the removal of the corpses

" and is investigating in this prison.

Interior Minister Patricio Carrillo said at a press conference that "

of the victims were of Venezuelan nationality.

Some journalists and media have argued that the confrontation between prisoners resulted in decapitated and dismembered bodies, as has happened in

other massacres inside various Ecuadorian prisons since 2021

this act of barbarism, in fact very primitive, demonstrates the psychological profile of many people who are there or who have at least been involved in this type of incident

He added that thirteen bodies had been taken away, that a "

" of the penitentiary center was in progress and that it was "

" that other corpses would be discovered.

It is already in this establishment that 44 prisoners had perished in May during clashes between rival gangs.

During this revolt, 220 prisoners escaped.

Almost all have been taken over.

According to the government, rival gangs of drug

, infiltrated or controlled by Mexican cartels, are waging an all-out war for control of overcrowded prisons, a war that authorities have so far been powerless to stem.

For 2022, seizures to date have reached around 70 tonnes.

Bordered by Colombia and

, the world's largest cocaine producers, Ecuador serves as a port of departure for illicit shipments, primarily to the United States and Europe.

Ecuadorian prisons, with a capacity of some 30,000 people, are currently overcrowded by nearly 9% compared to 30% two years ago.

Ecuador is facing a wave of violence linked to drug trafficking that leaves bloody images with decapitated bodies hanging from bridges in the style of Mexican cartels.

Ecuador remained for many years relatively safe from the violence of its neighbors Colombia and Peru, the world's two largest producers of cocaine.