Eighty years ago, on July 16 and 17, 1942, France broke a sad record: that of the greatest number of Jews arrested in just over a day in all of Western Europe, including Germany.… 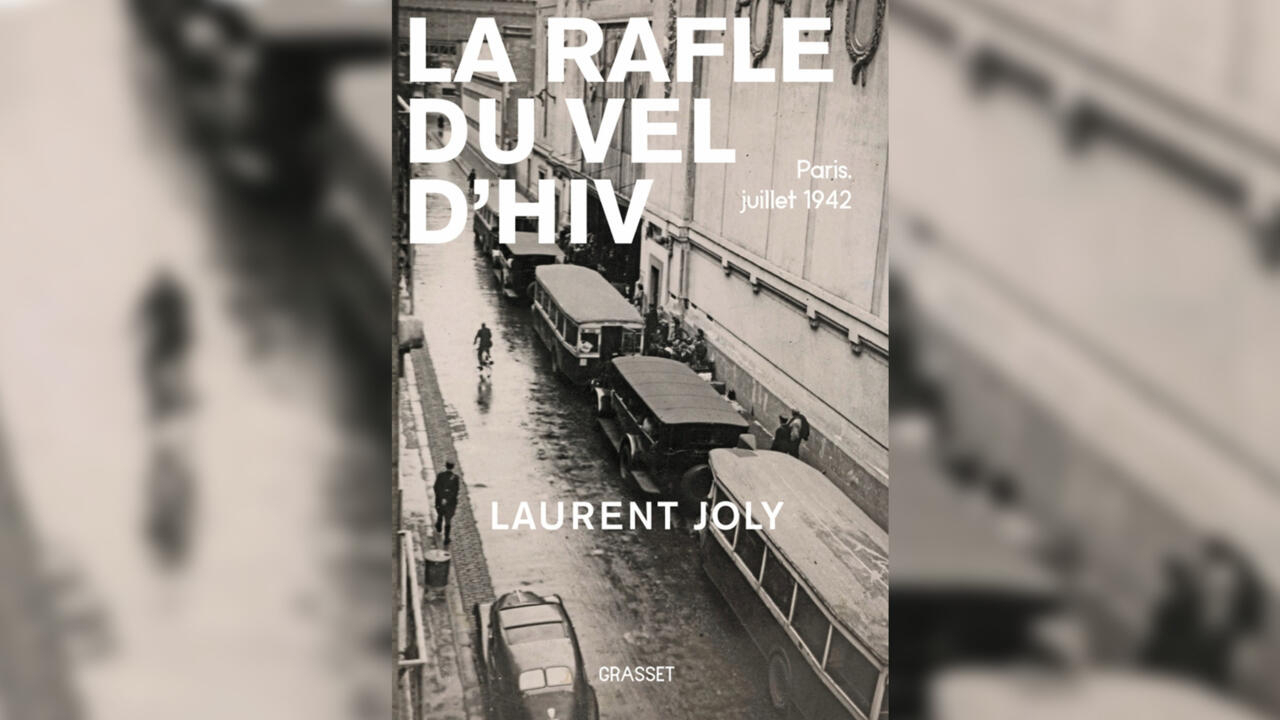 Cover of "The Vel d'Hiv roundup", by Laurent Joly.

Eighty years ago, on July 16 and 17, 1942, France broke a sad record: that of the greatest number of Jews arrested in just over a day in all of Western Europe, including Germany.

In his new essay, Laurent Joly, a specialist in the French state and the Vichy administration, gives a precise and detailed account of the Vél' d'Hiv roundup.

Director of research at the CNRS, Laurent Joly has written his research in the wake of two great historians.

turned the historiography of the period upside down by showing how the regime of Marshal Pétain had associated his project of National Revolution with the new order desired by the Nazis.

, he was, with his wife Beate, the initiator of the proceedings against two senior officials of the Vél' d'Hiv roundup, René Bousquet and Jean Leguay.

In this essay, Laurent Joly combines his precise knowledge of the bureaucratic workings of the French State and of the Paris Prefecture of Police during the Occupation with the meticulous study of individual destinies, using the tools of micro-history and the oral history, based in particular on the testimonies of children who survived the roundup.

Finally, he places this extraordinary operation in the more global context of collaboration, from the law of October 3, 1940 "on the status of Jews" to the purification and evolution of the political outlook from the post-war period to our days.

In a few hours, a record number of arrests

This systematic study of sources allows him to sort out a certain number of errors and inaccuracies: the roundup of the Vél' d'Hiv thus never bore the name of "spring wind" - a legend reproduced from a book in book – and Jacques Doriot's PPF militiamen did not take part in the arrests alongside the French police, who acted strictly alone.

Finally, Laurent Joly establishes with precision both the number of people deported (12,884) and the police force mobilized (4,500).

A first big wave of arrests, already orchestrated by the French police, took place on May 14, 1941. Incorrectly called the “roundup” of the greenback, since it was not carried out at home or at the workplace. victims, but on the basis of a simple summons to the police station, it targets 6,694 men, foreign Jews aged 18 to 40.

More than half respond to the call, accompanied by a relative who is then sent to collect the personal belongings of the apprehended person.

Those who did not manage to escape, or who were recaptured after their escape, were deported by the first convoys to Auschwitz in June and July 1942. For the French police, it was obviously impossible to renew this modus operandi.

Many Jews, on the other hand, believe that the new operation, which has been rumored upstream, will not affect women or children.

Pierre Laval returned to power in April 1942, after having been ousted in December 1940, for having gone too far on the path of collaboration.

Now head of government, in June he gave a speech on the radio in which his visceral anti-communism led him to "wish victory for Germany".

Like René Bousquet, whom he had just appointed secretary general of the police, he remained convinced that only active collaboration with the occupier could ensure France a place of choice in Nazi Europe.

The Wannsee Conference on the "Final Solution" was held in January.

In June, the Germans decided to apply it to Western Europe.

The Vél' d'Hiv roundup thus responds to the German request to deport 40,000 Jews from France, but with two specificities.

On the one hand, the arrests will be made by the police officers of the occupied zone – which is not the case either in Belgium or in the Netherlands, where raids are carried out on the same dates.

During this operation, carried out for the most part on July 16 and completed until the following morning, nearly half of the Jews deported from Paris and its suburbs between 1941 and 1944 and a sixth of the victims of the Holocaust in France were arrested.

While most police are content to obey orders – some promising to return to people they have to arrest to give them time to escape – others are overzealous.

Among the latter, while some were sentenced to forced labor at the Liberation, the majority received only light sentences.

The technocrats of the "Jewish service" of the Prefecture escape judgment and the twenty commissioners of the district are not condemned by the court of justice of the Seine.

Pierre Laval was shot at the Liberation, but René Bousquet was acquitted in 1949. However, his past eventually caught up with him and in 1991 he had to face a complaint for "crime against humanity".

Two years later, when the instruction did not come to an end, he was shot dead in the middle of the street by an unbalanced man.

Only two thirds of the victims were brought to the Vél' d'Hiv, before being transferred to the Loiret camps, the remaining third being grouped together in Drancy.

But it is the image of this mecca of French sport between the wars, a stone's throw from the Eiffel Tower, destroyed in 1959, which will make a lasting impression.

And it was in front of the commemorative monument placed there that in 1995, President Jacques Chirac evoked, for the first time in an official speech, France's responsibility: "

France, fatherland of the Enlightenment and the rights of the man, land of welcome and asylum, France, that day, accomplished the irreparable.

Only one image remained of the big roundup, which serves as the cover of Laurent Joly's book.

Taken by a journalist, it was censored by the German authorities.

Of the deportees from the Vél' d'Hiv and Drancy, only a hundred survived the war and, among them, no children.

To those who, even today, defend "the thesis of the lesser evil" - the deportation of foreign Jews to protect nationals - it should be recalled that, among these children, who left in separate convoys after their fathers and mothers , three-quarters were French and therefore did not fall within the requirements of the occupier.

Moreover, as Jules Saliège, Archbishop of Toulouse, wrote in his pastoral letter of August 1942, which should constitute, 80 years later, a shared evidence: “

The Jews are men, the Jewesses are women.

They are part of the human race.

Our selection on the subject:

Discovery of the original text of the status of the Jews of 1940, hardened by Pétain

The history and the memory of the Holocaust in Europe, 80 years later

C215 facing the ghosts of the Vel d'Hiv