At Roland-Garros, the padel wants to strike the spirits

A few weeks after its famous tennis tournament, Roland-Garros has changed scenery and... rackets until Sunday for its first major meeting with padel, a booming discipline... 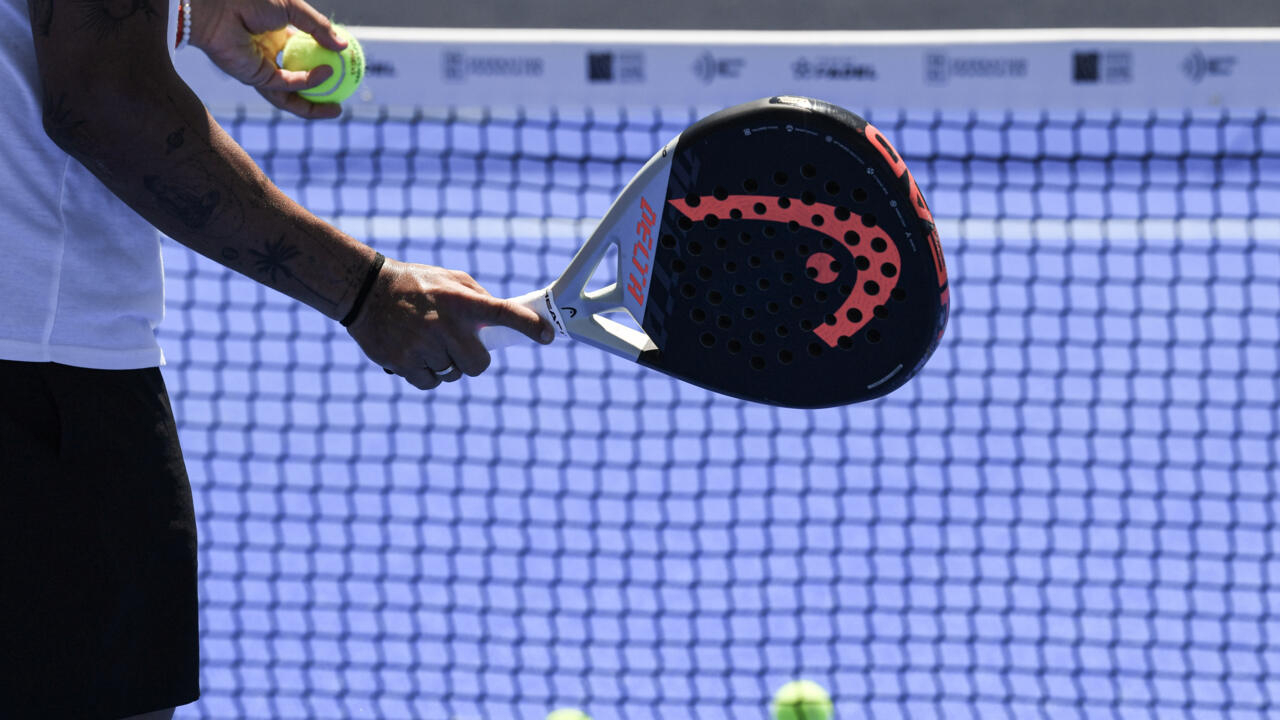 In the middle of the Philippe-Chatrier central court, the clay has given way to an electric blue synthetic coating and a glass cage.

Temple of French tennis, Roland-Garros wants to become a must on the world padel circuit by bringing together the 56 best pairs in the world.

This tournament co-organized by the French Tennis Federation (FFT) and QSI, the Qatari fund whose flagship is the PSG of Kylian Mbappé and Lionel Messi, won the Grand Slam label from its first edition like Doha, Rome and Mexico.

Created at the end of the 1960s in Mexico, padel is a sport which is practiced in pairs on a court, or "track", smaller than tennis and partitioned by four windows which are used for the rebounds of the balls.

If the discipline does not yet have the reputation in France that it has in Spain (nearly 4 million players), it is booming, assures Arnaud Di Pasquale, director of the tournament and the padel mission for the FFT.

The director of the padel mission for the FFT Arnaud Di Pasquale during a press conference at Roland-Garros in Paris on September 22, 2015 JACQUES DEMARTHON AFP / Archives

"At the beginning, it was very confidential. Now that we are in the process of emancipating ourselves (from tennis, editor's note), it is no longer the same", summarizes the one who peaked at 39th in the world rankings in the ATP rankings and brought back a bronze medal in singles from the Sydney 2000 Olympics.

France has almost 300,000 padel players, a "considerable" figure according to Di Pasquale.

“It is for the past two or three years that we have felt a real craze and the boom of padel”.

"It is certainly cyclical: the increase in the number of pitches with at the same time a few VIPs who get on them and communicate on them. These factors mean that we are gradually gaining notoriety and that many people are trying it out" , explains Di Pasquale, in particular with reference to the TV host Cyril Hanouna or the former captain of the Blues Zinédine Zidane who inaugurated a sports center in Istres with six padel tracks.

It was by switching from tennis to padel that Benjamin Tison, 33, rose to first place in the French ranking and 67th in the world.

"At the beginning, we were talking about a fashion effect, now it's more than that. This tournament is confirmation that padel is moving into another dimension. It's incredible", underlines the former tennis instructor who discovered padel a little over six years ago while on vacation.

Padel is played on a glass court, here at the Roland-Garros stadium in Paris on July 12, 2022 ALAIN JOCARD AFP

He predicts a bright future for padel with, in the long term, an entry into the Olympic program.

"One day, padel will become the number 2 racket sport in France and why not will outright surpass tennis".

Over time, the profile of players has diversified, now affecting all categories of the population.

"Today 60% of practitioners do not come from tennis," recalls Arnaud Di Pasquale.

"It's a sport that is easy. I say easy voluntarily, without being pejorative: everyone will hit, touch, return the ball and make exchanges quickly. So it's necessarily encouraging to say to yourself + I'm getting there immediately +, which is very rare in sport. It becomes playful and very fun. And at the highest level, it can become spectacular".

Two players compete on a Padel court at Roland-Garros in Paris on July 12, 2022 ALAIN JOCARD AFP

To anchor this sport permanently in France, Arnaud Di Pasquale is counting on the construction of new grounds, the development of training and above all on the establishment of a women's table.

Women are indeed absent from this first edition of the Parisian tournament, the International Association of Padel Players being under contract until the 2023-2024 season with the World Padel Tour, direct competitor of the Premier Padel circuit.