Rebuilding Ukraine costs 750 billion US dollars, and Russia will be "paid"?

China News Service, July 8 (Reporter Meng Xiangjun) Although the special military operation of the Russian army in the Donbas region continues, Ukraine has begun to discuss reconstruction.   It is estimated that at least $750 billion will be needed to rebuild Ukraine. With such a large sum of money, who will pay for it?   The Ukrainian government believes that the assets of Russian oligarchs c 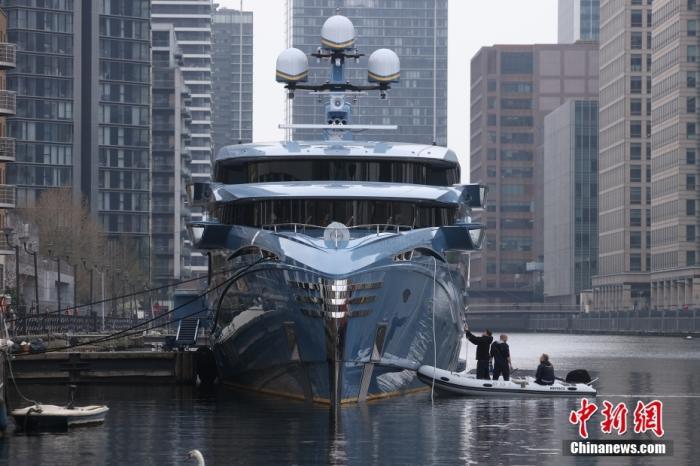 It is estimated that at least $750 billion will be needed to rebuild Ukraine.

With such a large sum of money, who will pay for it?

The Ukrainian government believes that the assets of Russian oligarchs confiscated by Western countries will be an important source of funds.

On July 4, local time, in Lugano, Switzerland, a two-day international conference on the reconstruction of Ukraine was held.

Uzbekistan Prime Minister Shmigal expounded the plan of the Uzbek government at the meeting.

Phase 2: After the fighting with Russia, build temporary housing, hospitals and schools.

The third stage: carry out long-term transformation of the country and prepare for Uzbekistan's final accession to the EU.

According to reports, the reconstruction blueprint is 2,000 pages long and was drawn up by the Ukrainian government and Western funders such as the European Union.

Data map: An apartment building in Kyiv, Ukraine was hit by shells and a gap was blown out of the building.

Under the guidance of Western "hands-on", how does the Ukrainian government plan to "renovate" the country?

"Europeanization, environmental protection and digitalization" is the future face planned in the blueprint.

Looking at these labels, you will know that it is a typical "European style".

Therefore, the reconstruction plan covers infrastructure construction, security, climate and digital economy investment, as well as energy diversification and development projects, all in the thousands.

This also indicates that the Kyiv regime is determined to further "de-Russianization". No matter how difficult the road of "joining Europe" is, Ukraine is firmly moving closer to the European "model".

[Ukraine proposes to use Russian assets to pay for Russia: "may not dare to use it"]

Shmigal also pointed out that the Russian military operation has caused more than 100 billion US dollars in direct damage to Ukraine's infrastructure.

"Who's going to pay for this rebuilding program that's estimated to cost $750 billion?"

This is a question worth investigating.

Although the source of reconstruction funding includes Ukraine’s national budget, according to Shmigal’s calculation, Ukraine’s current monthly military expenditure is 4.4 billion US dollars, which is close to the total military expenditure of the year before the conflict, while the overall monthly budget of the Ukrainian government is less than 150 million US dollars. .

In other words, these budgets add up to less than $2 billion a year, not even a fraction of $750 billion.

The big head is definitely not from Ukraine.

Therefore, other sources of funding include grants from international financial organizations and partner countries, as well as concessional loans and investments.

Data map: In the business hall of a local bank in Moscow, Russia, customers are waiting for business.

The Ukrainian government believes that another key source of reconstruction funds is the assets of Russian oligarchs that have been confiscated by the West.

At present, it is estimated that the Russian assets frozen by Western countries are about 300 billion to 500 billion US dollars. The United States, Britain, Germany, etc. have all started to seize the overseas assets of Russian tycoons and oligarchs, including the seizure of luxury houses and yachts.

Recently, British Foreign Secretary Truss said that the United Kingdom is in favor of confiscation of sanctioned Russian assets to support Ukraine.

However, the Russian ambassador to the UK Krin responded that although any possibility cannot be ruled out under the current political situation, there is no legal basis for doing so.

He believes that the United Kingdom "may not dare to do this", and once it chooses to "go all out", it will cause a blow to London's credibility as the "world financial capital".

【It is not easy to get reconstruction funds!

At this meeting, a final document was adopted, which was signed by representatives of 40 countries including the United States, Britain, France, and Germany and 20 international organizations.

The main point of the document is that Ukraine will lead the recovery process for the country and implement it together with international partners.

There are two things worth noting in the document:

· The flow of funds required for reconstruction should be impartial and open and will be regularly monitored.

These two conditions are not easy.

Von der Leyen stressed that Europe "has never done anything like this on such a large scale before" and that Zelensky's government needs "reform and transparency to prevent corruption from compromising the integrity of the reconstruction plan".

Donors need to "know that the money will be used efficiently and with maximum impact for the Ukrainian people," she added.

Obviously, Europe is not at ease, afraid that the money out of its own pockets will be "wasted".

The conflict between Russia and Ukraine has lasted for more than four months. Europe and the United States have invested about 100 billion US dollars in Ukraine, the "bottomless pit". Of course, a large part of it was shipped to Ukraine in the form of arms.

Data map: A man rides a bicycle next to a destroyed tank in Cherniv, Ukraine.

It is these weapons that have become the focus of controversy.

Some analysts believe that this kind of "blind investment" military aid in the West did not "spend the money on the edge".

Because such military assistance will only bring about three results: ↓↓

The first is that the Ukrainian army successfully received arms, but the distant waters did not quench their thirst. It would take a long time for them to learn to use these weapons, and the Russian army was about to take the Donbass.

Second, after the Ukrainian army was evacuated or captured, the Russian army seized a large number of arms, and advanced Western weapons were easily obtained and sent to the enemy.

Third, some extremist forces in Uzbekistan or neighboring countries took the opportunity to "smuggle leaks", and whether smuggled through the black market or intercepted halfway, some weapons also fell into their hands.

Either outcome is actually possible.

And now to rebuild, we have to raise a huge sum of money for Ukraine. In the end, how much money can be spent on real reconstruction?

The EU has such concerns.

Therefore, no matter how things are done, the words must be said first, and they must be monitored, open, and transparent.

The EU takes the lead.

Image source: Press Service of the President of Ukraine

He recently called for: "Rebuilding Ukraine is not a local task of a single country. It is a common task of the entire democratic world... It is the greatest contribution to supporting global peace."

"A lot of things need to be done now," he said, noting that Ukraine must prepare for the winter, such as securing energy supplies.