One of the biggest trials in Italy opened this Thursday morning in Genoa, Liguria. Justice must establish responsibilities in the disaster of August 14, 2018, the collapse of the Morandi bridge... 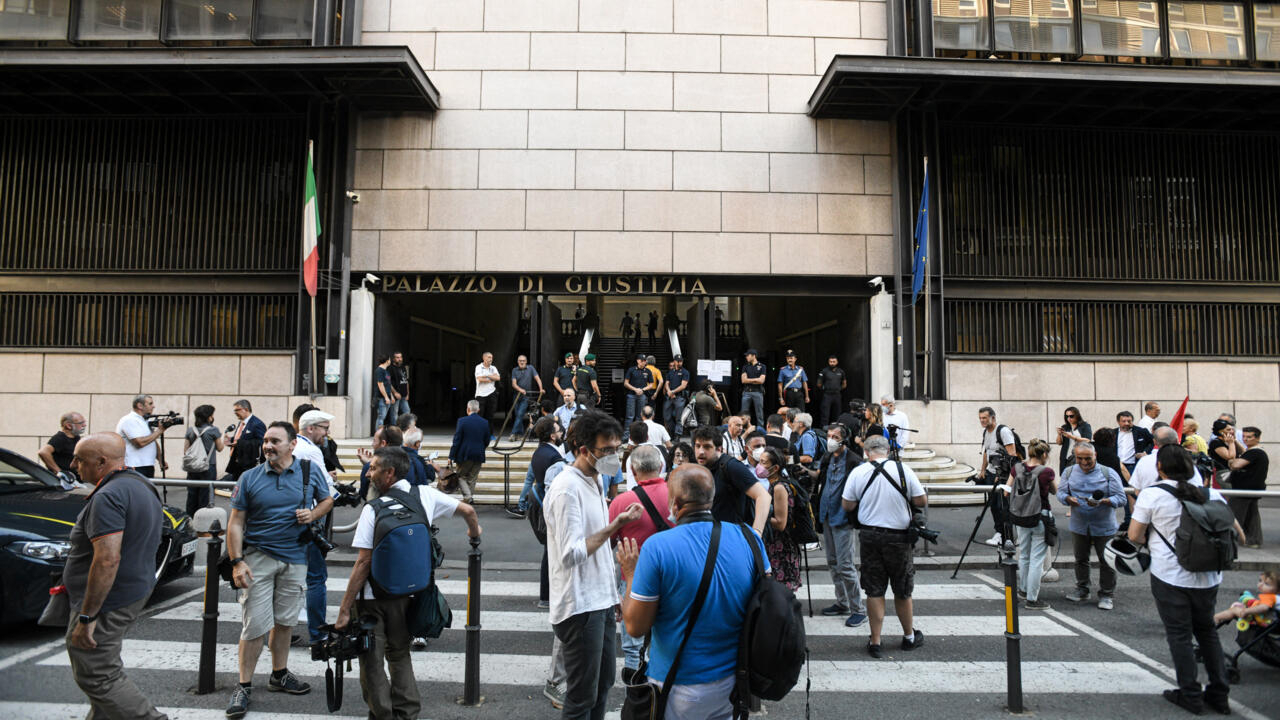 Members of the press wait outside the Genoa courthouse during the first hearing in the trial of the Morandi bridge collapse in Genoa on July 7, 2022. AFP - PIERO CRUCIATTI

One of the biggest trials in Italy opened this Thursday morning in Genoa, Liguria.

Justice must establish responsibilities in the disaster of August 14, 2018, the collapse of the Morandi bridge in Genoa.

With our correspondent in Italy,

The figures are clearly those of a maxi-trial which could last more than two years.

Fifty-nine defendants at the bar are accused of "manslaughter", "undermining transport security", or "voluntary removal of security devices".

They are mainly executives and technicians from the companies that operated the Morandi Bridge, owned at the time by the Atlanta group of the Benetton family.

Three hundred and fifty civil parties will be present.

On the day of the tragedy, two spans of the Morandi bridge which overlooked the port city

, carrying away, under a torrential rain, the cars which circulated there.

Forty-three people lost their lives and sixteen others survived their injuries.

An accident which also highlighted the state of disrepair of several infrastructures in Italy.

A “ long and complex

On the logistics side, a tent, divided into three air-conditioned rooms and connected to the courtroom of the Tribunal, will welcome the public, the media - furious at having limited access to the Tribunal -, consultants and representatives of political parties.

This first hearing will be technical.

It will be used to ensure the proper conduct of the trial.

The trial is expected to be long and complex

," said Egle Possetti, spokesman for the victims' families committee who lost his sister, brother-in-law and two nephews in the bridge collapse.

Since summer 2020, a new bridge, designed by the famous architect Renzo Piano, has replaced the Morandi viaduct.

The families of the victims had refused to go to the inauguration.

For them, what counts

is not the ceremonies

but the judicial truth.